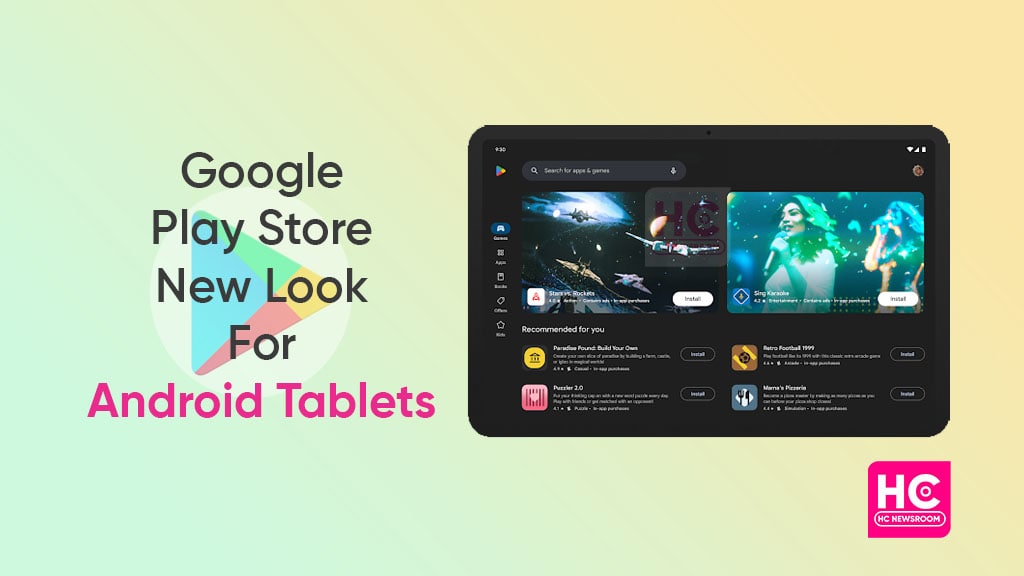 Google Play Store already packs extraordinary features for every device. But looks like, the US tech maker has some new plans for the application. Latest report hints that Google will revamp the Play Store design for Android tablets in 2023.

In the Google I/O developer conference held this year, the manufacturer flashed some light on this matter. The company mentioned that it will upgrade more than 20 self-developed apps for tablets and folding models.

Following the footsteps of the previous statement, the company has now published a new blog on its official page. This blog reads some unique amendments as well as functions to the Google Play Store for Android tablets and other large-screen products.

What are these new changes?

The input reveals that the upcoming Google Play Store features will serve as a huge aid for the developers. Ultimately, these new changes include app descriptions, screenshots, images, trailer videos for apps and games, and more.

Further, the company will entirely change the gaming page of the Play Store app. Consequently, after the fresh additions, the page will describe the apps and games in a far better manner. Aside, it will show the images on the home page. 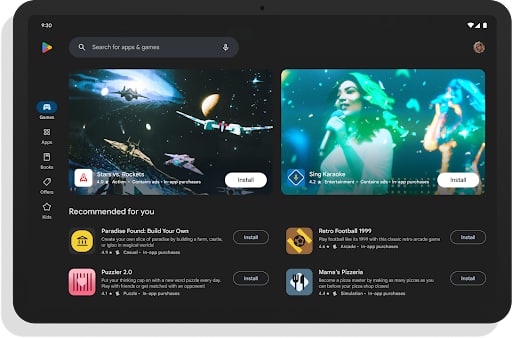 Google informs that these new implementations on the app will benefit the users and developers in every possible way. Alternatively, users will get a more clear view of every app and can easily decide on what to install on their devices.

Apart from these features, the tech maker also mentioned a few guidelines for the developers. The blog showcases some regulations that will help the developers to make the utmost use of the latest Play Store interface.

For instance, developers can add up to eight screenshots and images for their apps in a 16:9 format. Besides, they can share the screenshots taken from Chromebook in the Play Console.

So far, we have gathered several changes in the Google Play Store. The recent one is the “Other Devices” tab addition. Currently, the company has started making efforts to bring some new offerings for its users in the next year with a new Google Play Store design.