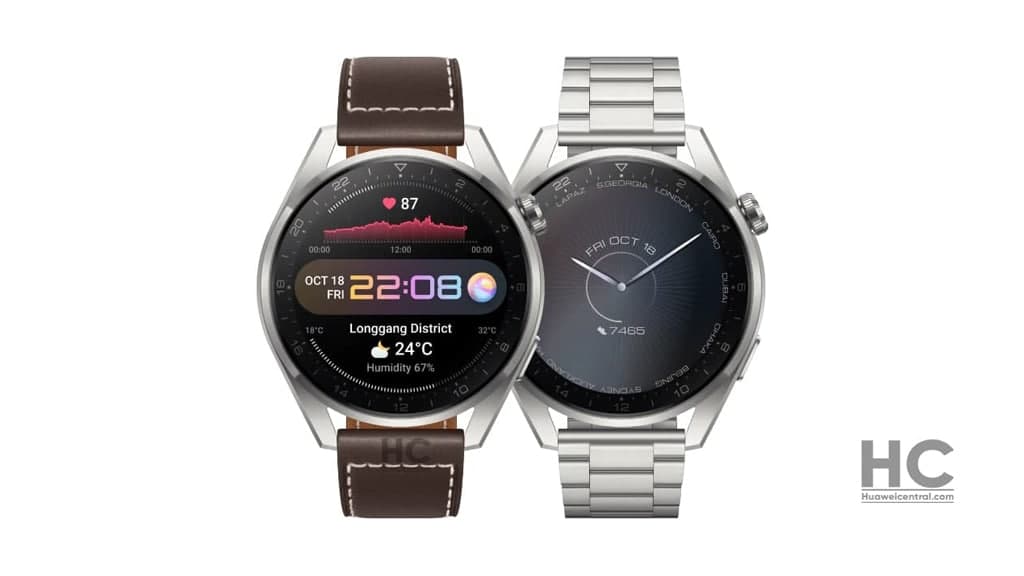 Huawei Watch 3 and 3 Pro have been receiving a major software update with a whole bunch of features. The update has already been released at the initial stage, and now it is expanding to more regions worldwide including Europe.

According to the information, the firmware version 2.0.0.179 (SP1C432E179R1P179) is rolling out for the Watch 3 and Watch 3 Pro in Europe initially in Germany. It has an update size of 254MB. With the new update, these HarmonyOS 2 installed smartwatches get a bunch of newly added features along with some optimizations.

This software update adds new video watch faces that can be created using gallery images. Also, there are several pre-installed videos to choose from.

New gesture control to mute the incoming calls has been added, this can be done by turning your wrist 90-degree outwards and then turn it quickly back again. You can activate this feature from Accessibility >> Gestures.

With this new Watch 3 firmware, you can now set the Do Not Disturb more directly on the smartwatch and even schedule it. Furthermore, the ultra-long battery life mode which just showtime info, has new watch faces.

This software update also adds LWAN and Ultra long-life battery life options in the quick settings. And lastly, if you like music, then you can now copy music files for the Watch via Health App and listen to the music on the go.

This software update brings optimizations in the Whether widget to fasten locating and updating the information. It also optimizes the message notification feature to support ringtone notifications. 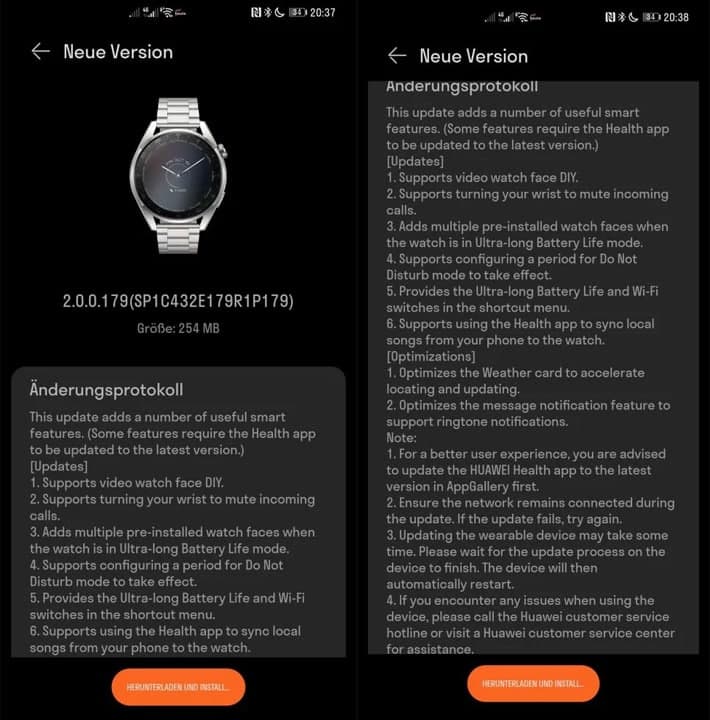 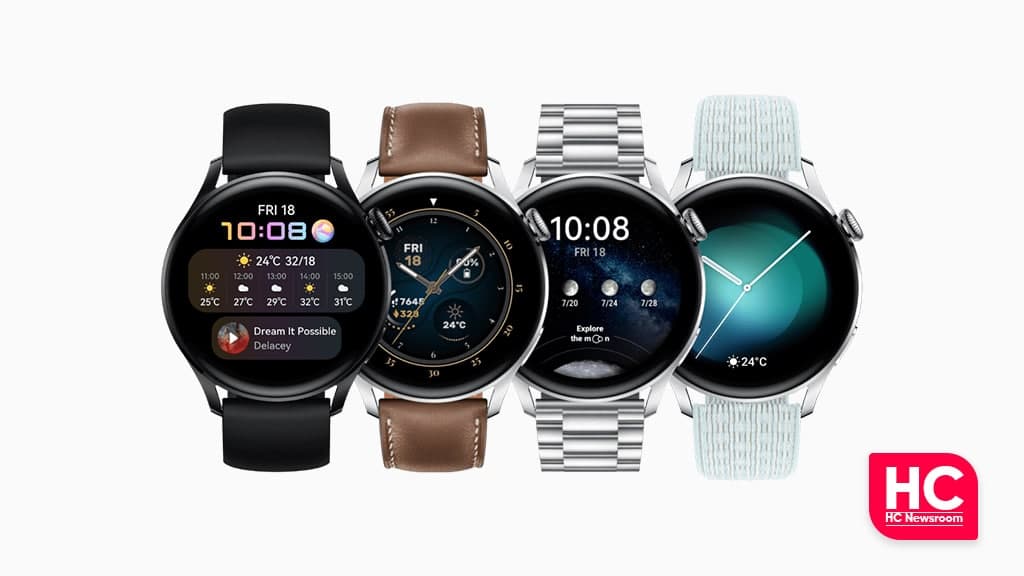 How to check for update on Huawei Watch 3

Launched on June 02, the Huawei Watch 3 and Watch 3 Pro come with several features to make your life productive and easier. It includes several easy-to-use functions and health measuring abilities along with a premium design.

Moreover, the smartwatches have an AMOLED display for an immersive experience along with connectivity options such as Bluetooth 5.2 support, WiFi, and GPS. It comes in several straps options to suit your wrist. 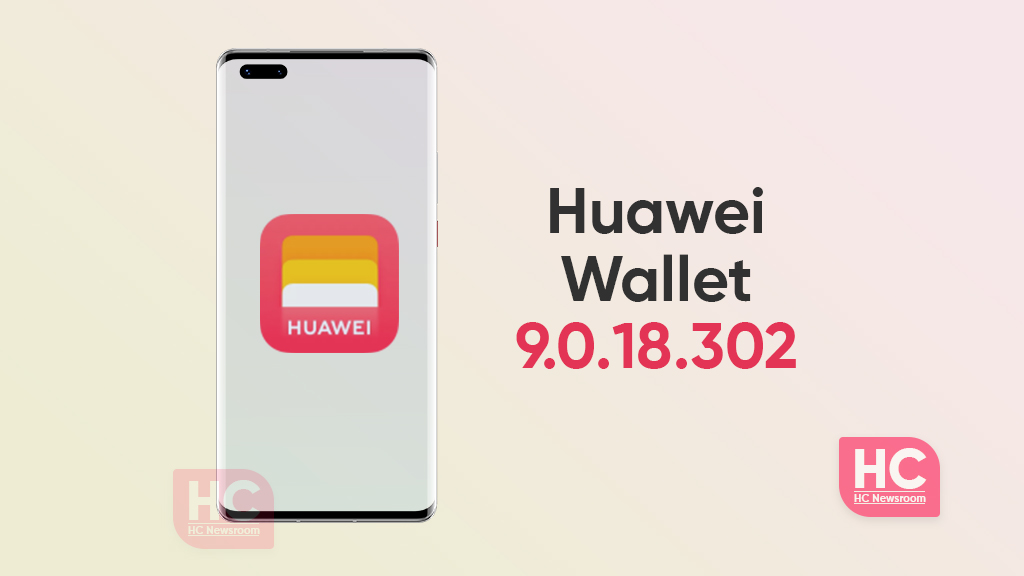 Huawei started releasing a new update to the Wallet application through the AppGallery for the devices, which comes with a 9.0.18.302 build version. This latest release brings some significant improvements and relevant security fixes.

The new version of the Huawei Wallet app enriches the overall performance to give you a better experience. Meanwhile, Huawei Wallet is your ticket to an easier life, all your need to add your bank cards, transportation cards, and more to operate your digital wallet effortlessly.

Meanwhile, the Chinese tech giant doesn’t mention the changelog, although the update doesn’t add any new noticeable changes and features, it aims to improve your usability to give your a flawless operation.

The most highlighted feature of the Huawei Wallet is you can add or remove cards for Huawei In-app purchases and view your purchase history in Huawei Mobile Services.

As mentioned in the update source, the 9.0.18.302 version of the Huawei Wallet has a hefty installation weight of around 107.42MB. Meanwhile, adopting this update is important for security purposes.

You can install it via the AppGallery or directly using the third-party app link mentioned below:

The wallet includes loyalty cards, gift cards, coupons, access cards, and bank cards, making it easy to access your smart life through the Huawei phone. Certain models come with a wallet pre-installed. And if it’s not come pre-installed then you can get it via AppGallery. Notably, its feature is depending on your Huawei model. Meanwhile different models and some unique features.