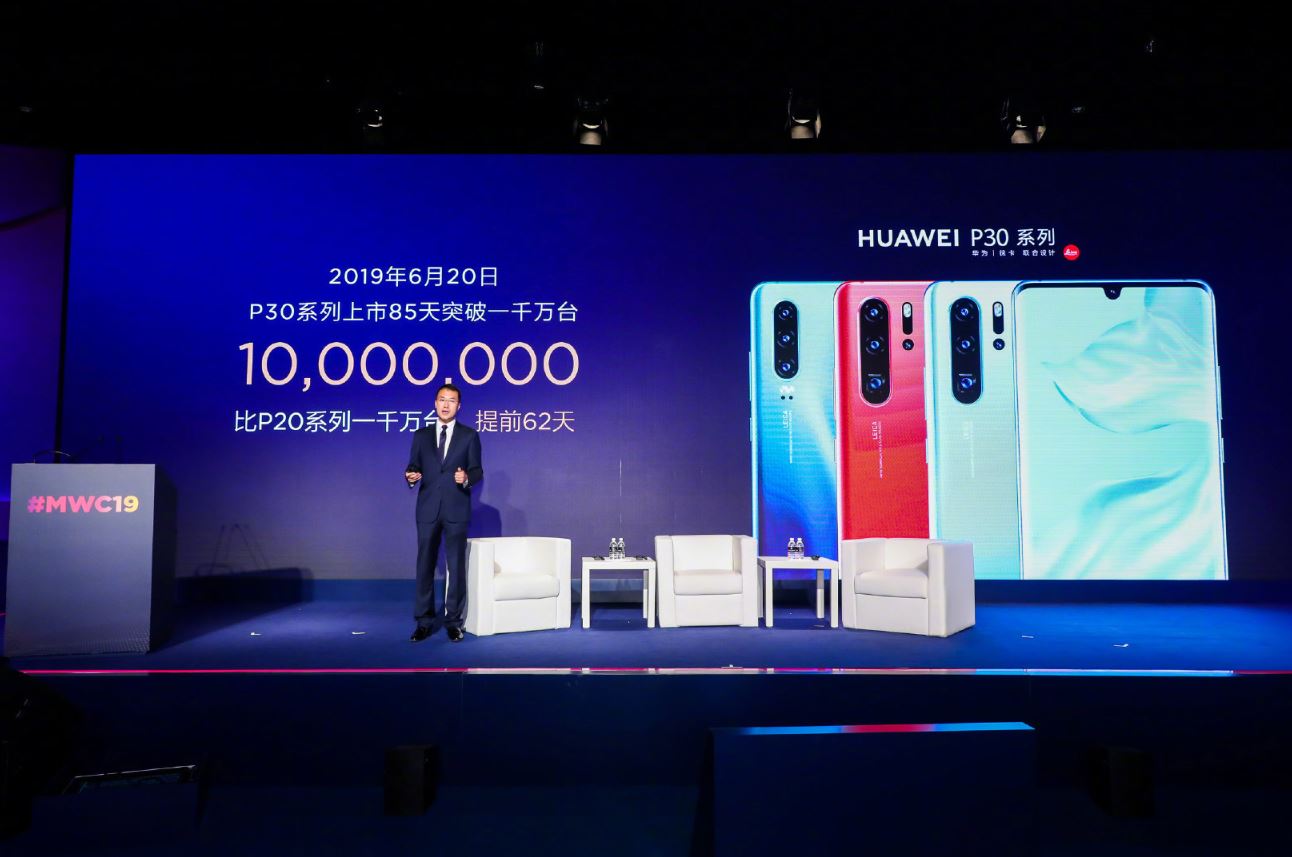 
Huawei P30 Series is surely a big smartphone innovation from the company packed with the latest camera technology, beautiful design and powerful performance, as this smartphone series has now exceeded global shipment of 10 million units in just 85 days.

Huawei aims to ship 500,000 5G base stations globally this year

At MWC Shanghai 2019, President of Huawei’s Product Division, He Gang announced, as of June 20, Huawei P30 series sold over 10 million units in the last 85 days, which is a score achieved 62 days ahead of P20 series’s 10 million shipments.

Last week, He Gang also announced that the global shipments of Huawei’s mobile phones in 2019 crossed over 100 million units in just 149 days, which took 198 days to reach the same figure last year.

In addition, according to data shown by market research firm Gartner, in the first quarter of 2019, when global mobile phone sales sank, Huawei’s global sales of mobile phones rose to 58 million units, maintaining the second place in the world, gradually narrowing down shipment gap with Samsung.

But due to the recent restrictions imposed by the US, Huawei expects to get a revenue loss in its smartphone business but also expects to make a comeback as soon as possible.