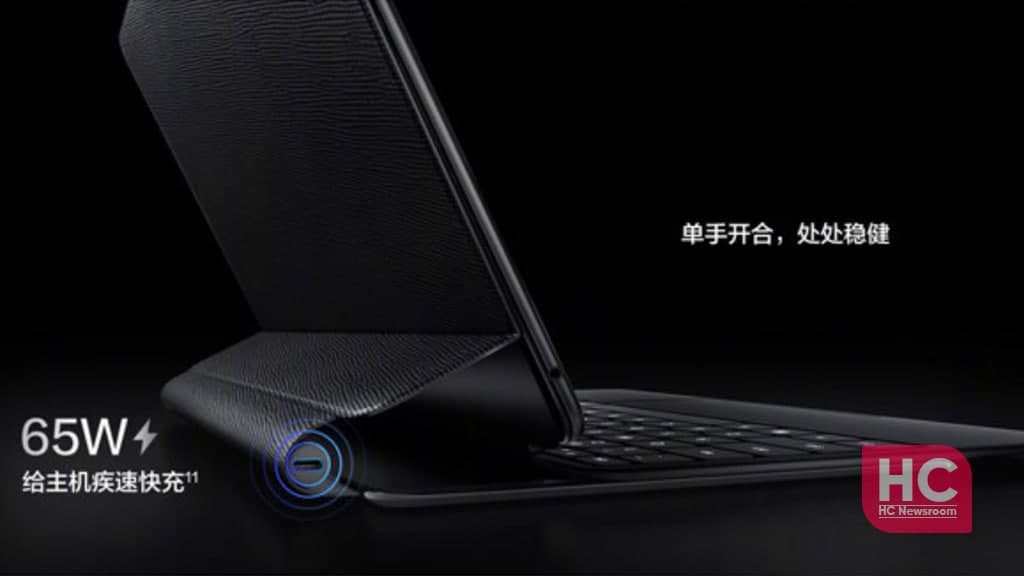 On the evening of November 17, Huawei hosted a product launch conference, where it has released the new Huawei MateBook E notebook and Yue Slide Keyboard alongside other smart products. Huawei Yue Slide Keyboard uses leather material and is equipped with a USB-type-C port on the hinge. It can provide 65W quick charge to MateBook E, which is very useful for device owners. 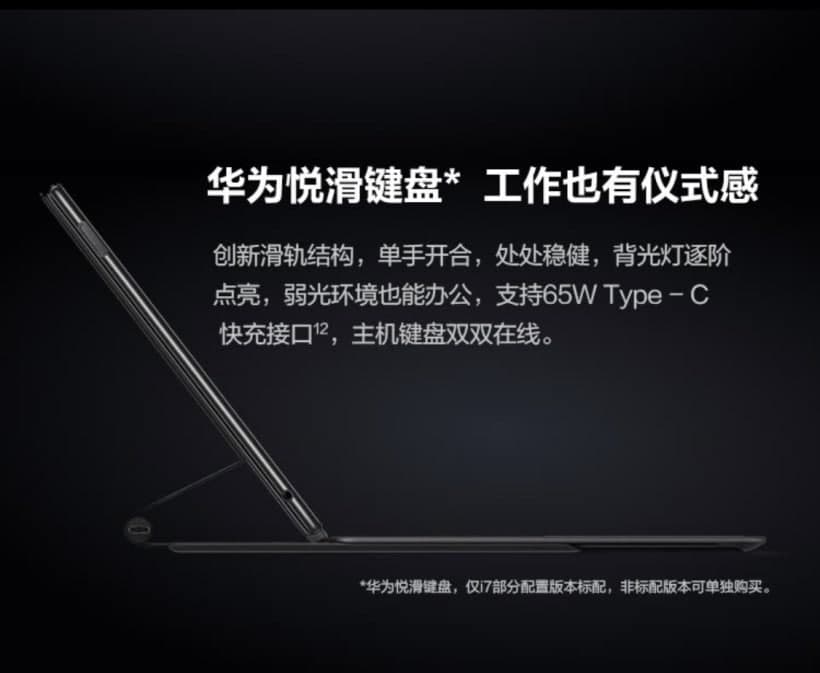 According to the official information, the Huawei Yue slide Keyboard for MateBook E features an innovative sliding rail structure that can easily open and close with one hand. In addition, it supports step-by-step backlighting.

Furthermore, this keyboard arrives only with the MateBook E i7 version, and the rest of the variants with the i5 configuration can purchase it separately. 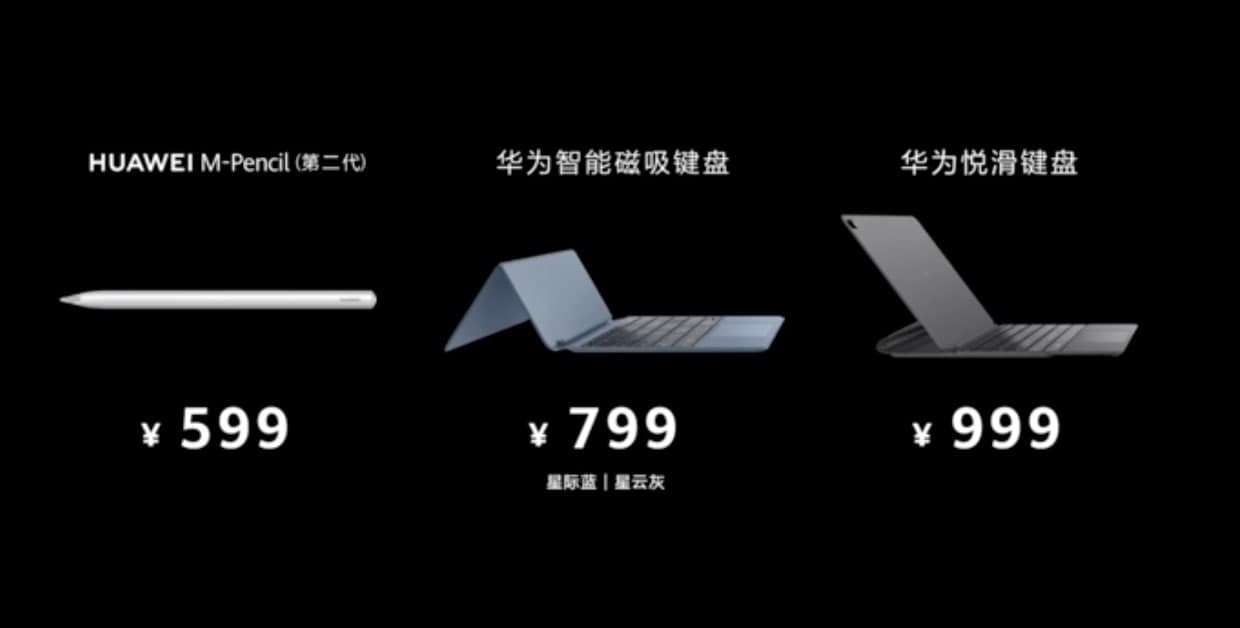 Huawei MateBook E is a two-in-one notebook that comes with a 12.6 inch OLED display,  weighs at only 709g, and has a very thin 7.99mm body, which makes it the lightest and thinnest notebook.

Talking about the display quality, the screen covers the P3 color gamut and achieves a professional color standard performance of △E<1. It also supports a 1 million:1 high contrast ratio, and the brightness is as high as 600 nits. 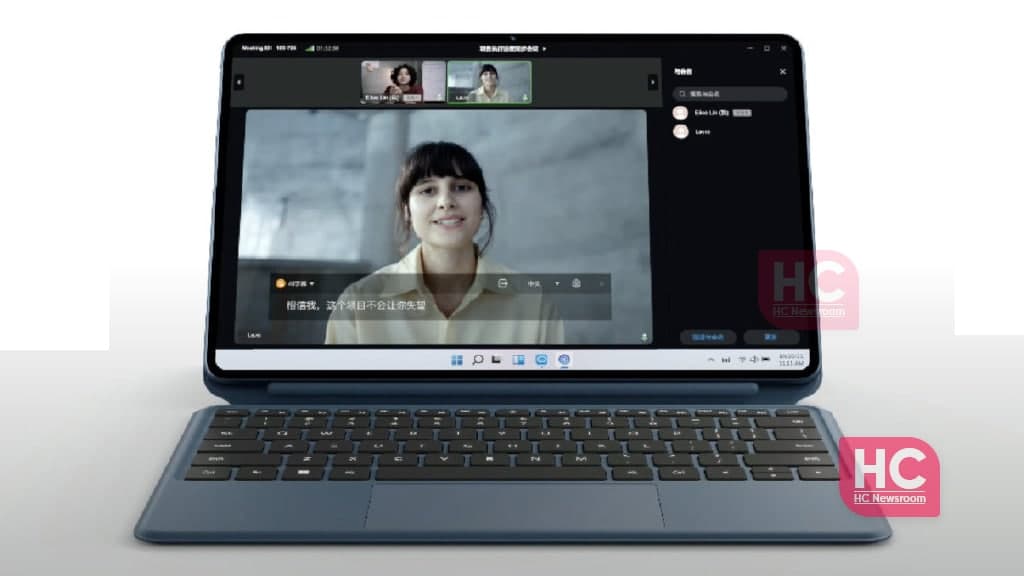 This PC packs with 4 thunderbolt ports along with 65W super-fast charging as well as Windows 11. It also offers a 13MP rear camera system and an 8MP front-facing camera. Additionally, the PC supports up to 16GB of dual-channel large memory and up to 512G of high-speed solid-state hard drives.

Looking at accessories, it provides a smart magnetic keyboard and Huawei M-Pencil (second generation) with a hexagonal shape. 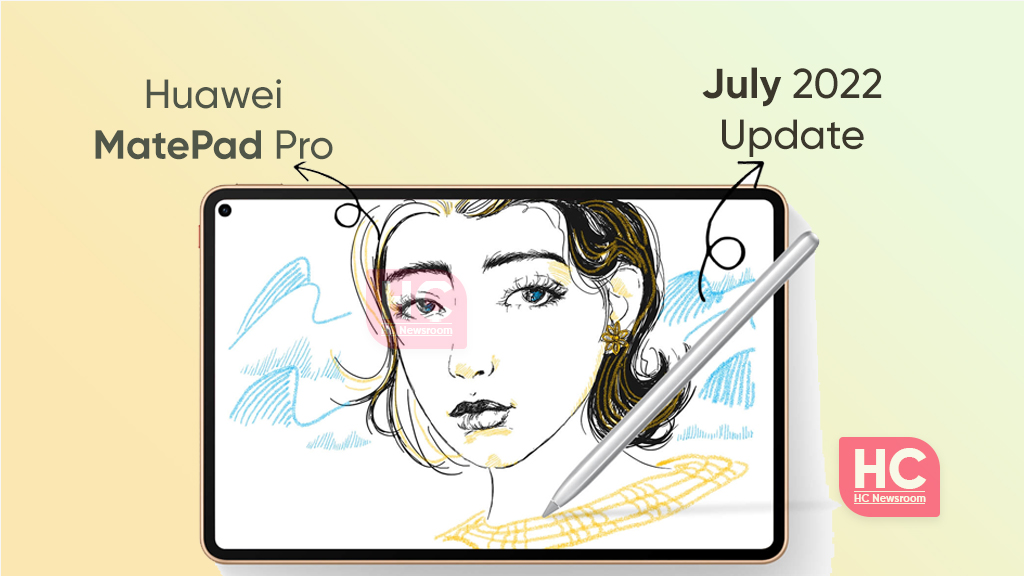 To boost this flagship tablet feature, this new release is essential to install on your Huawei MatePad Pro tablet. It can be known through HarmonyOS 2.0.0.249 (C432E3R1P3) build version.

Recently, the Chinese tech giant rollout the July 2022 optimization update for the Huawei MatePad Pro tablet based on the HarmonyOS version. The back-to-back updates for the device fill the security gap, provides better stability, and also boost the performance level.

Likewise, the monthly security patch update aims to fix the vulnerability discovered by the company in the current version of your smart device.

We recommend you install July 2022 security patch update as soon as possible to address the different levels of CVEs in your Huawei MatePad Pro. You can use the below-mentioned guide, to sum up, the update procedure.

However, the update is currently roaming in the region via the OTA procedure. If you don’t want to wait, you can use any of the methods listed below to manually install the update.

Through My Huawei App

Huawei recently added a new member of the Huawei MatePad series, the Hauwei MatePad Pro 11 equipped with two different chipsets in its models. The Qualcomm Snapdragon 870 chipset can be found on the standard model.

On the other hand, the Snapdragon 888 chipset on the high-performance model of the Huawei MatePad Pro 11. 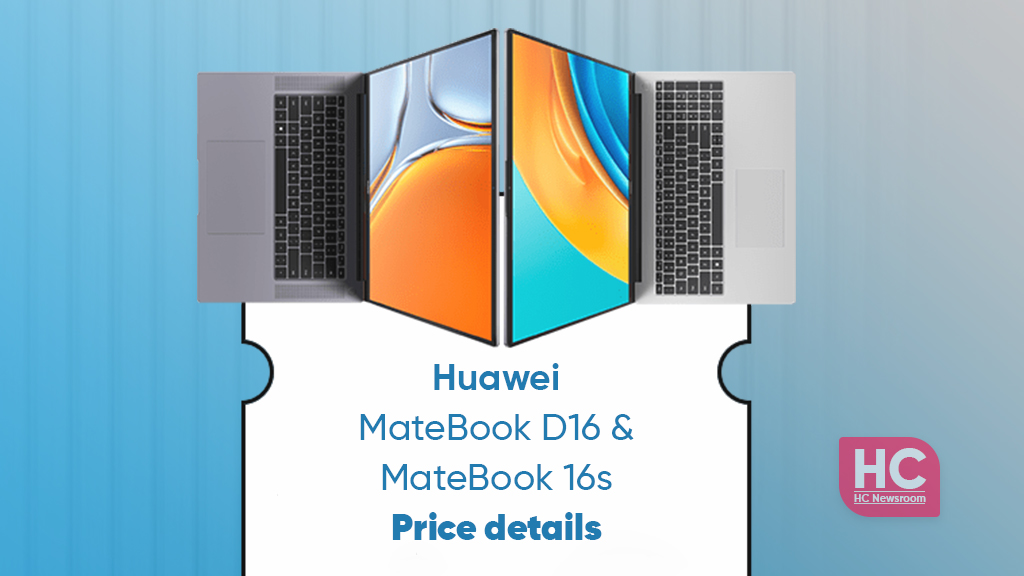 Huawei introduced the new smart office laptops for consumers including the Huawei MateBook 16s and MateBook D16. The latest laptops are beautifully equipped with technological advancements in looks, as well as features and pricing that offer good value.

Both the laptops is unveiled for the Malaysia and Singapore market, for your, information Huawei MateBook D16 and MateBook 16s are available to purchase in the flowing market with adorable pricing.

The MateBook D 16 has a stunning 16-inch display and is incredibly thin (18.4 mm), weighing only 1.7 kg. It is the first laptop featuring a Huawei Metaline Antenna, which increases signal conversion rates by 56% and enables high-speed Internet connection.

A fingerprint power button, super device, and quick charging are just a few of the cutting-edge technologies that the Huawei MateBook D 16 model offers to make work, study, and leisure time more enjoyable than ever.

It also offers high color accuracy, and a 1080p AI camera for crystal clear video calls. Meanwhile, they have previously announced for the European market and after tomorrow both the smart screen are available in Singapore and Malaysia, and soon after company expands its reach gradually to the remaining countries.

So if you are excited and willing to grab Huawei MateBooks D16 and MateBook 16s to make your work performance smooth with better connectivity and interaction, which are designed to maximize creativity and ease communications.

Below you can check the pricing of the following new Huawei MateBook 16s and MateBook D16 laptops region-wise: