According to the data, Huawei has shipped 56 million smartphones globally in Q4 2019 + 15% of the total market share compared to the 60.5 million shipments and 16.1% share during the same quarter in 2018.

Despite this slowdown, Huawei remains on number two spot by selling 240 million smartphones throughout the entire year, of which 142 million shipped in China alone.

Its competitor, Samsung tops the list with 295 million smartphone shipments in 2019 and Apple comes third with 197.4 million shipments.

But Apple’s shipment increased drastically in Q4, outnumbering both Huawei and Samsung with 70.7 million smartphone shipments compared to 65.9 in the same quarter in 2018.

The strong growth in China, Huawei is facing competition in the global market and needs to concentrate on its strategy, mentions the researcher.

“Huawei shipped 56.0 million smartphones worldwide in Q4 2019, sliding 7 percent annually from 60.5 million in Q4 2018. Huawei’s global marketshare has dipped from 16 percent to 15 percent in the past year. Despite strong 5G sales, Huawei is slowing at home in China and facing tougher competition abroad in key markets like Europe.” says Woody Oh, Director at Strategy Analytics. 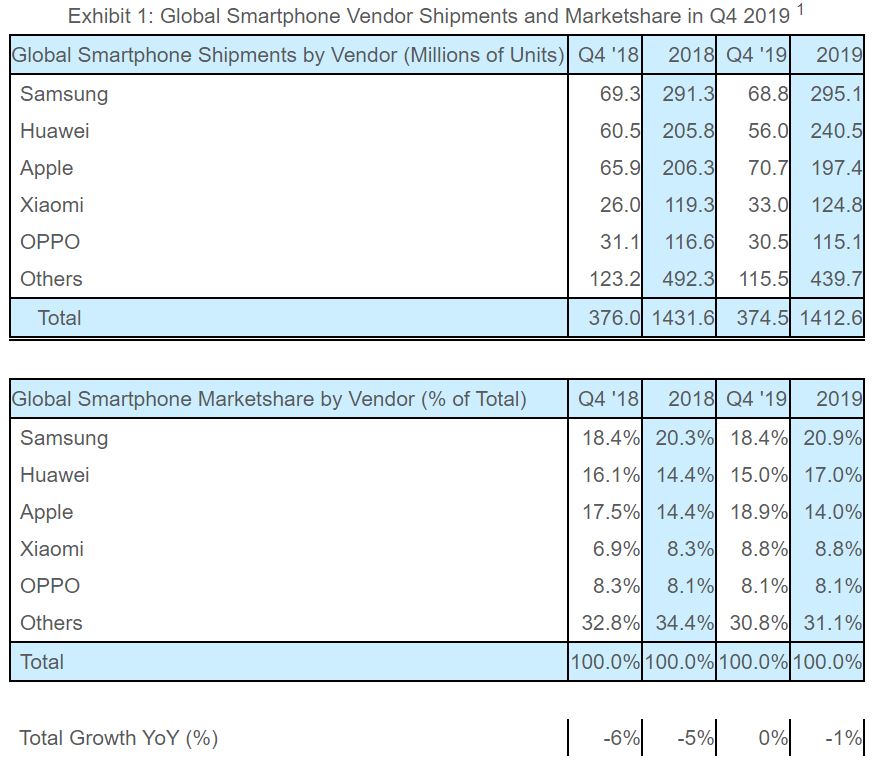