Huawei maintained the lead in China with a 39% market share by growing 11% compared to last year, despite the decline of 20%, says market research firm Canalys.

On the other hand, Huawei shipped 8.9 million 5G smartphones in China in 2019, capturing a total of 78% market share.

To be noted the figures shown in the report includes the sales count of both Huawei and its subsidiary Honor.

“Huawei will find it challenging to persuade smartphone distribution partners to increase wallet share of Huawei’s devices in 2020, as the sell-out of 4G smartphones, especially the mid to high-end, is becoming difficult.” 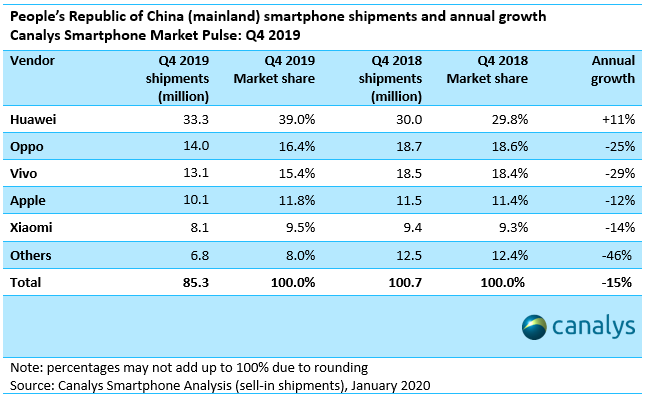