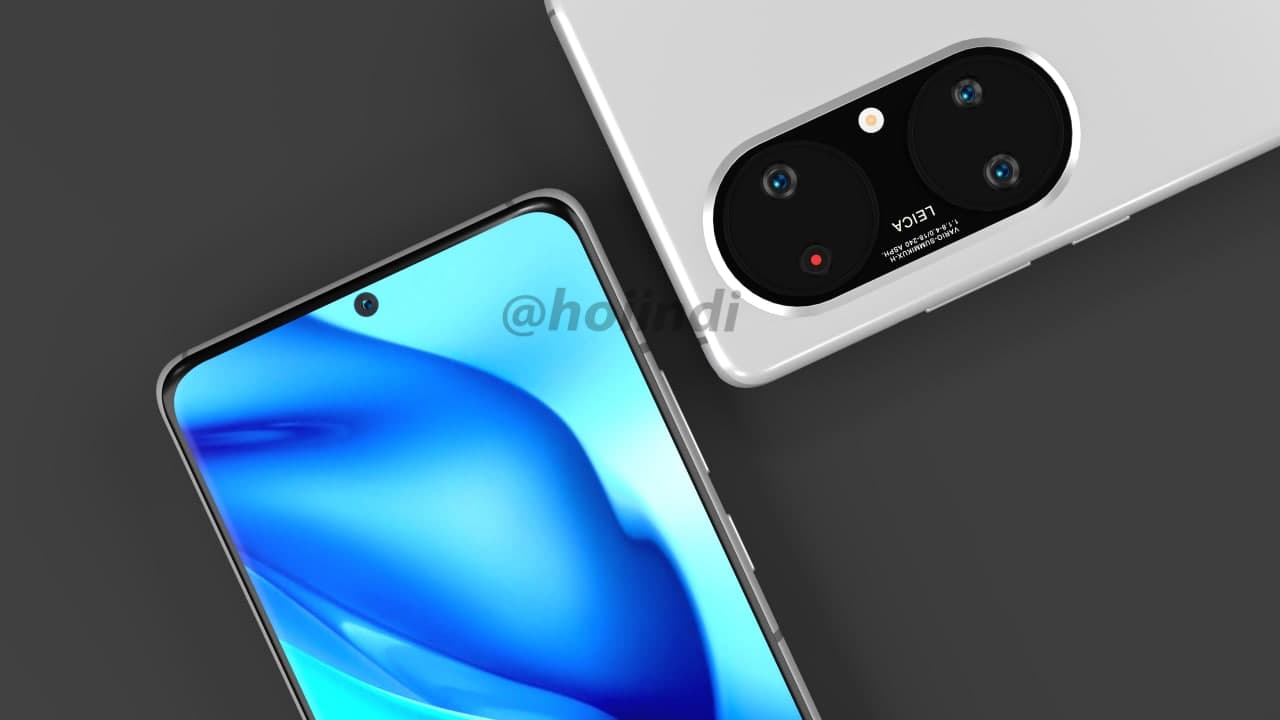 At present, Huawei is involved in many activities that include EMUI 11 rollout, preparing for HarmonyOS public beta, upcoming product launch, and more hot topics are there.

In the meantime, digital bloggers, leakers and render creators creating excitement among the consumers by sharing the information and renders on social media platforms of upcoming devices.

Previously, it was reported that after the release of Huawei FreeBuds 4i, the company started working on the next flagship of the earbuds segment, Huawei FreeBuds 4 that comes with four new color options in May.

Additionally, the launch of the much-awaited flagship’s P50 series and MatePad Pro 2 suspended till June because of two reasons. First, the company wants to equip fully developed HarmonyOS in them and second, it helps to increase in stock.

Related: To launch with a mature HarmonyOS software, Huawei P50 and MatePad Pro 2 unveiling may delay till June 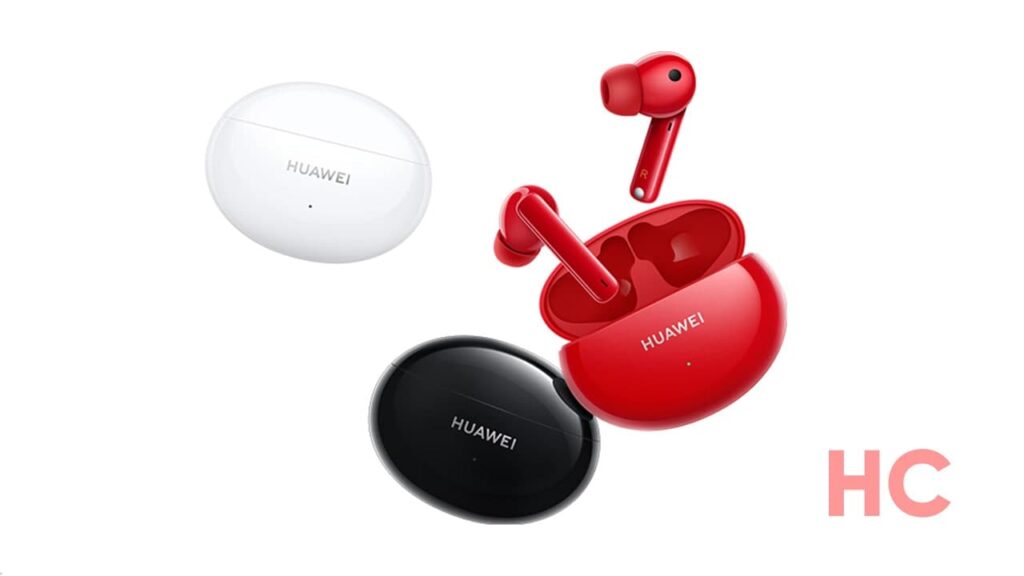 Now, according to the latest coming from Weibo tipster – Chrysanthemum reveals that Huawei will debut FreeBuds 4, a new product on the PC section as well as the latest children’s watches in May 2021. He also added FreeBuds 4 may arrive in three colors: white, silver, and red.

Additionally, he said the two flagships will be revealed in June but will not be released together. So, the upcoming premium tablet, MatePad Pro 2 will be launch later and expected to arrive before September.

Tipster suggested the reason behind this, because of the large variety of products, Huawei’s dual flagship products cannot be released at the same time unless it is possible to open for more than 4 hours.

Previous leaks disclose that Huawei P50 will likely come with a new hole-punch display, a powerful camera system with a whole new design, pre-installed with HarmonyOS, and more.

Talking about MatePad Pro 2, it will have a large 12-inch display size, Kirin 9000 processor for fast processing speed, factory packed with HarmonyOS, a high refresh rate of 120Hz, supports 40W charging, and more.

For more information, stay connected with us, we’ll keep you posted… 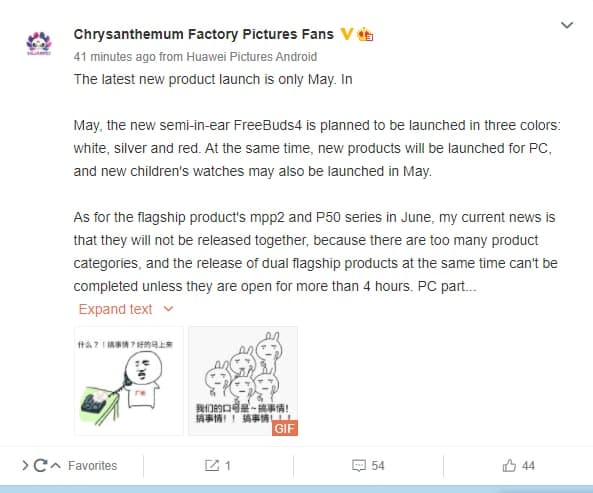 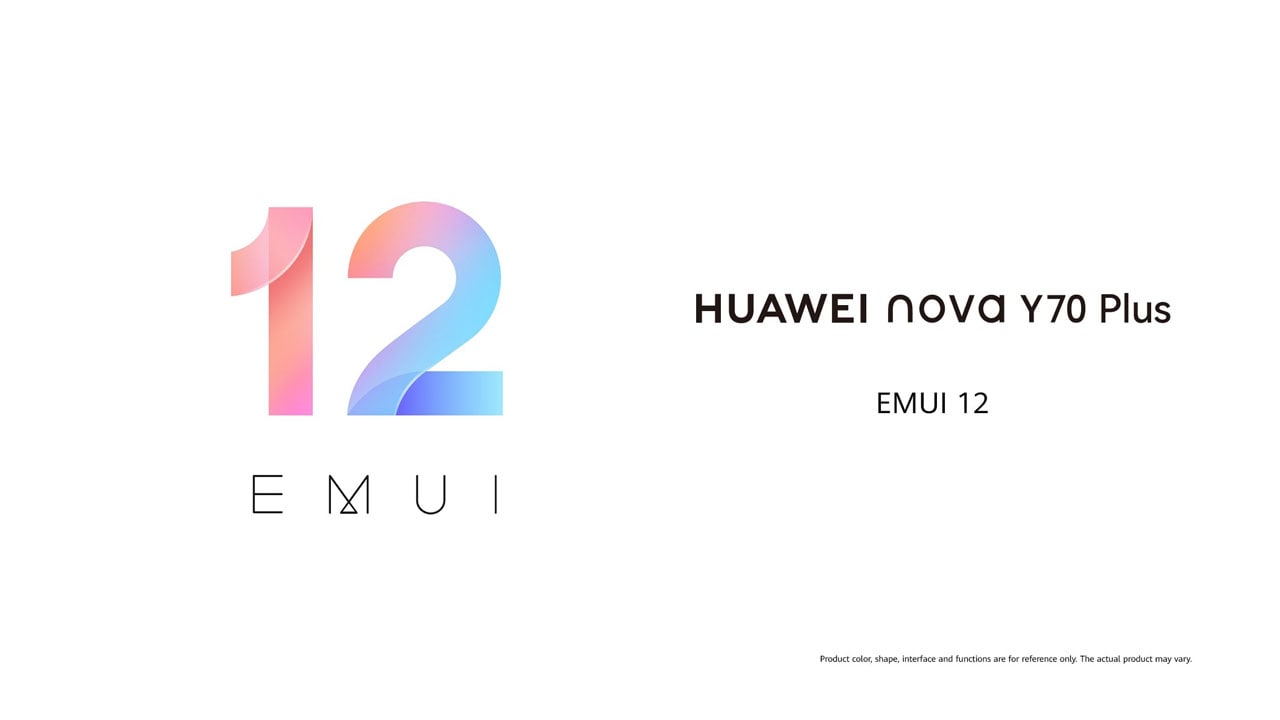 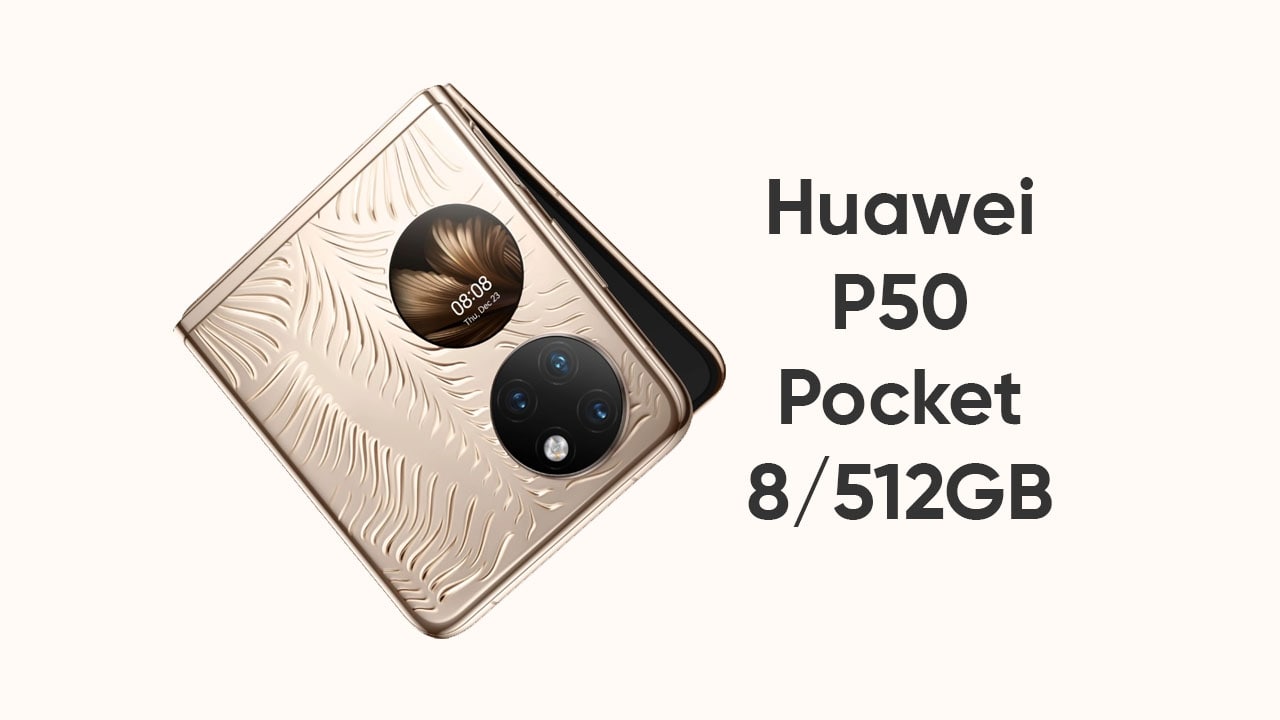 Huawei announced the launch of the all-new 8GB+512GB version of the Huawei P50 Pocket which has a price tag of 9988 yuan. The latest model in the series adds an extra storage option to expand the phone’s current capacity. Huawei P50 Pocket was previously marketed with two memory versions:

The phone sells in two color options including white and gold versions. 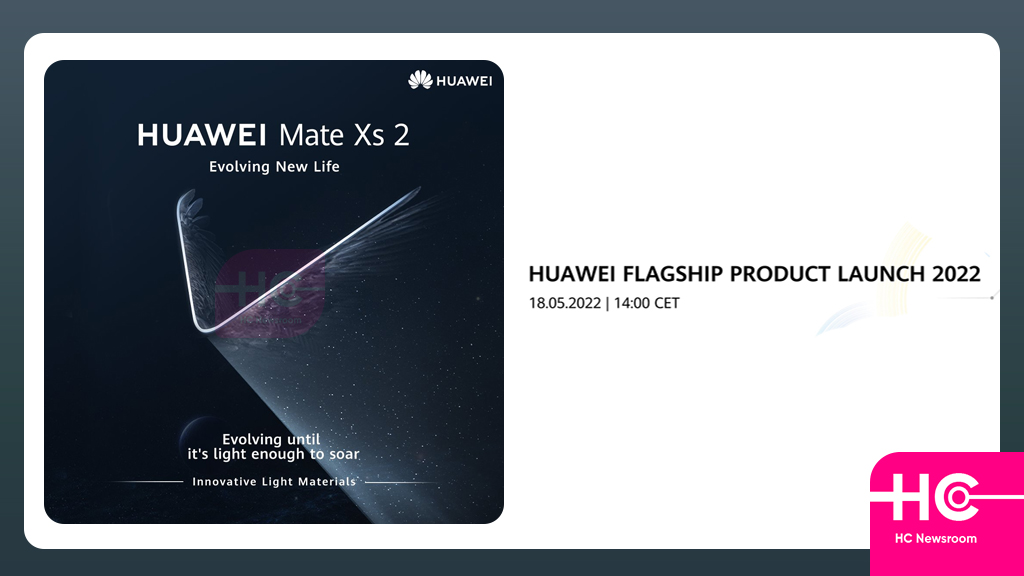 On April 28, Huawei unveiled its latest foldable flagship – Huawei Mate Xs 2 in the Chinese market. Now, Huawei is expanding the availability of Mate Xs 2 and launching this new smartphone in the global on May 18.

This time, Huawei is planning to make the highly anticipated Mate Xs 2 foldable phone available to global consumers. Alongside this, the company will also release the Watch GT 3 Pro and many more products are expected to arrive at

Speaking about the Huawei Mate Xs 2, it comes with a 7.8-inch OLED display when unfolded and a 6.5-inch display when folded. It packs with Snapdragon 888 4G processor, 12GB of RAM, 512GB of storage, a 50MP triple camera, a large battery, and more.

So guys! save the date – May 18 and be the witness to Huawei Mate Xs 2 smartphone official revealing in the global market. To know more about, Huawei Mate Xs 2 please check the full specifications below.

Join us on May 18th at 14:00 CET as we introduce the brand new #HUAWEIMateXs2.#LiveSmartWithHuawei pic.twitter.com/dR7WPyfJvr

In terms of storage configuration, it comes with 12GB of RAM and 512GB of internal storage as well as packs with a 4600mAh battery while the collector’s edition has a 4880mAh battery with 66W fast charging support.

The backside of the phone has a triple camera system consisting of a 50MP primary camera + 13MP ultrawide camera + 8 MP telephoto camera, OIS, and 3x optical zoom. While the front side has a 10.7MP ultra-wide selfie camera.