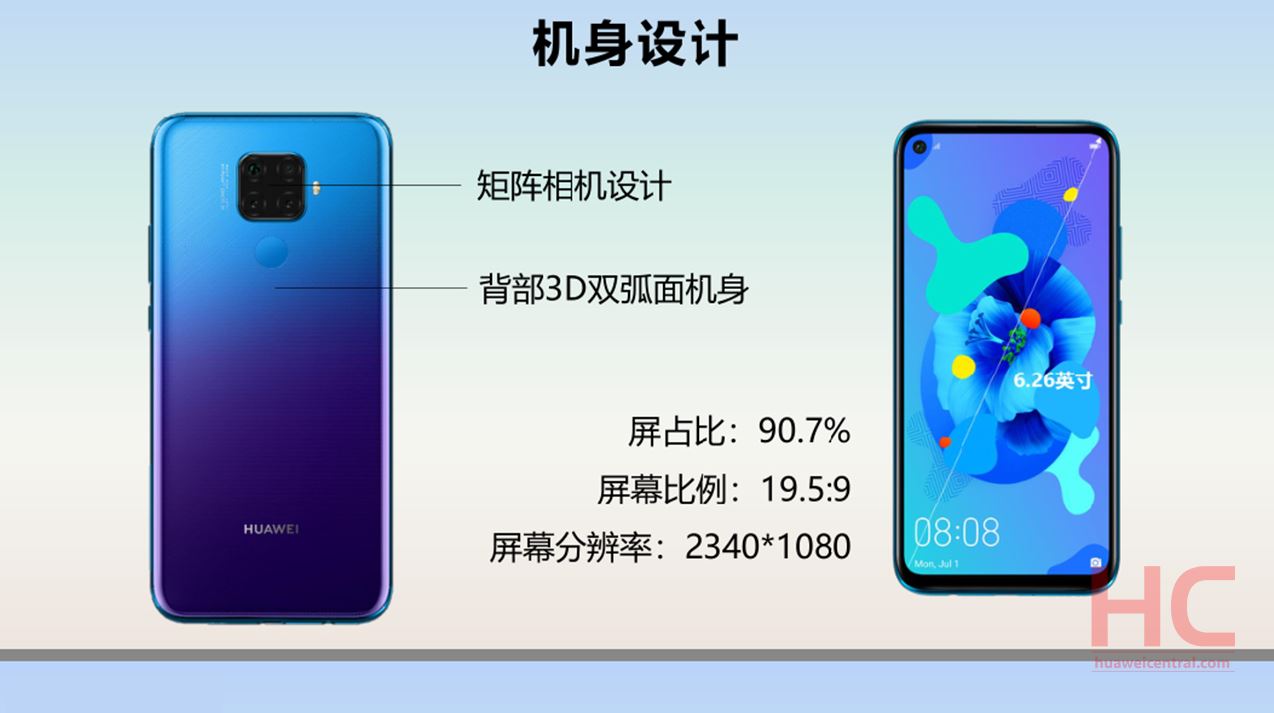 
Huawei announced Nova 5i along with the release of Nova 5 and 5 Pro, and now Nova 5i Pro appeared ahead of its actual release that looks very similar to Huawei Mate 20 pro.

According to the promotional images coming to the tipster DigitalChatStation, Huawei 5i Pro is equipped with a 6.26-inches FHD+ pole-hole display. The phone is powered by Kirin 810 processor with 8GB of RAM + 128/256GB internal storage, while a 6GB/128GB variant will be only available online.

The most notable thing about Nova 5i Pro is the Mate 20 Pro like aurora color design, 3D surface, and the rear camera placement is also the same position.

It’s still unknown when the phone will actually be released in the market but we expected it will happen very soon. 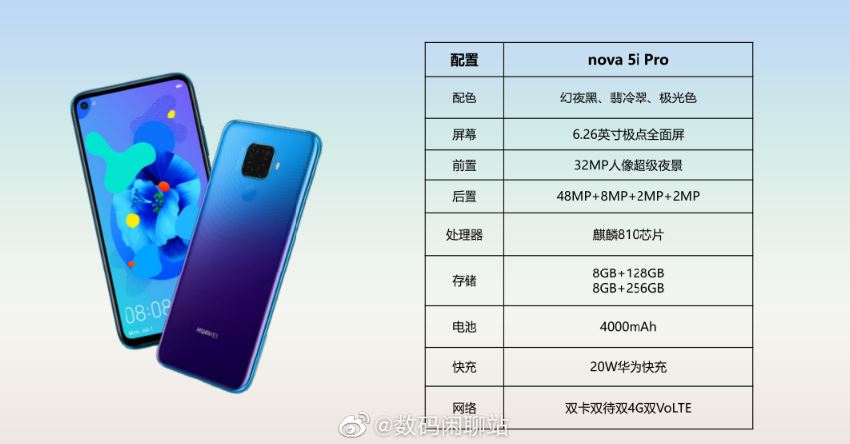 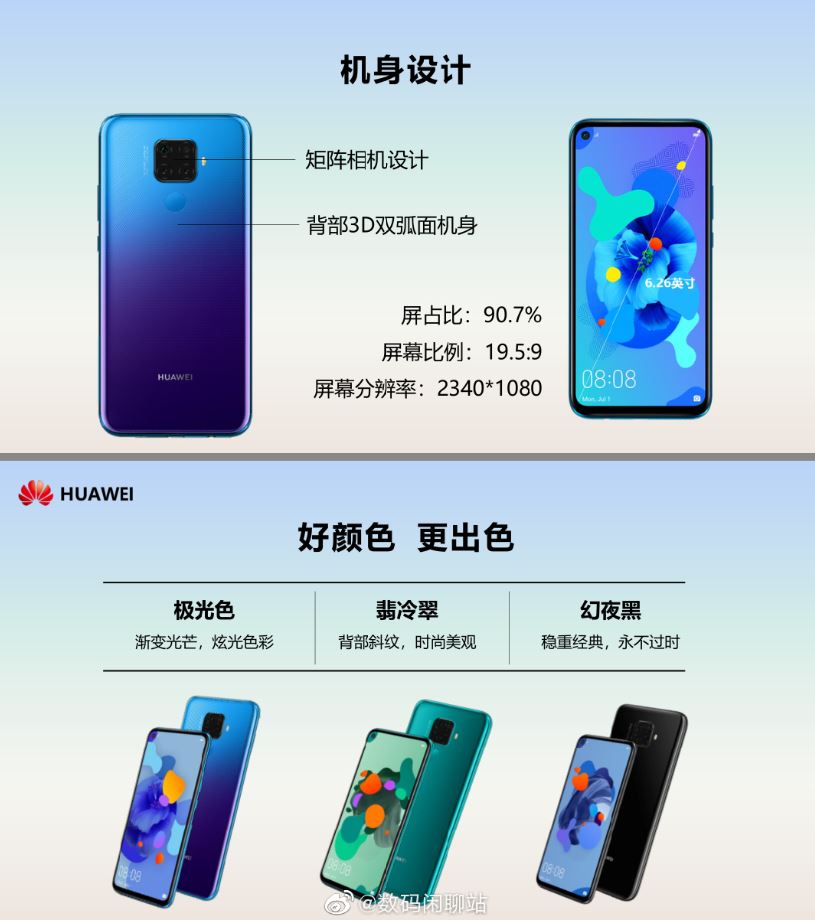 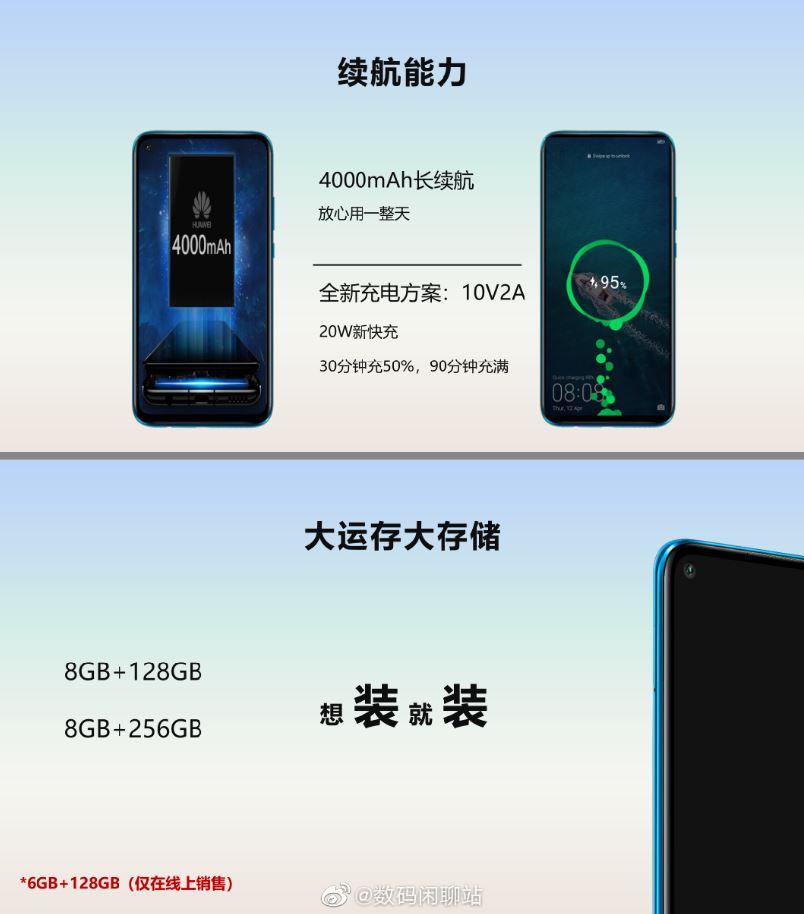