Huawei MatePad has recently made its pre-launch appearance as the regular variant of Huawei MatePad Pro. Soon after its first unofficial appearance, all of the specs are now also been leaked online.

A well knows tipster from Weibo has leaked the full specs sheet of Huawei MatePad tablet. The phone has a 10.4-inch full view display with 2K resolution and it equips 7nm Kirin 810 chipset.

It’ll be available in 4/6 RAM and 64+128GB storage options. The MatePad packages with 7250mAh battery with Type-C charging interface and well as EMUI 10.1 operating system.

On the rear side, it has an 8MP camera and an 8MP camera on the front. As shown in the leaked render before, the tablet supports Huawei M-Pencil stylus with 4096-levels of pressure sensitivity.

Currently, there’s no official announcement made about the launch of HuaweiMatePad. 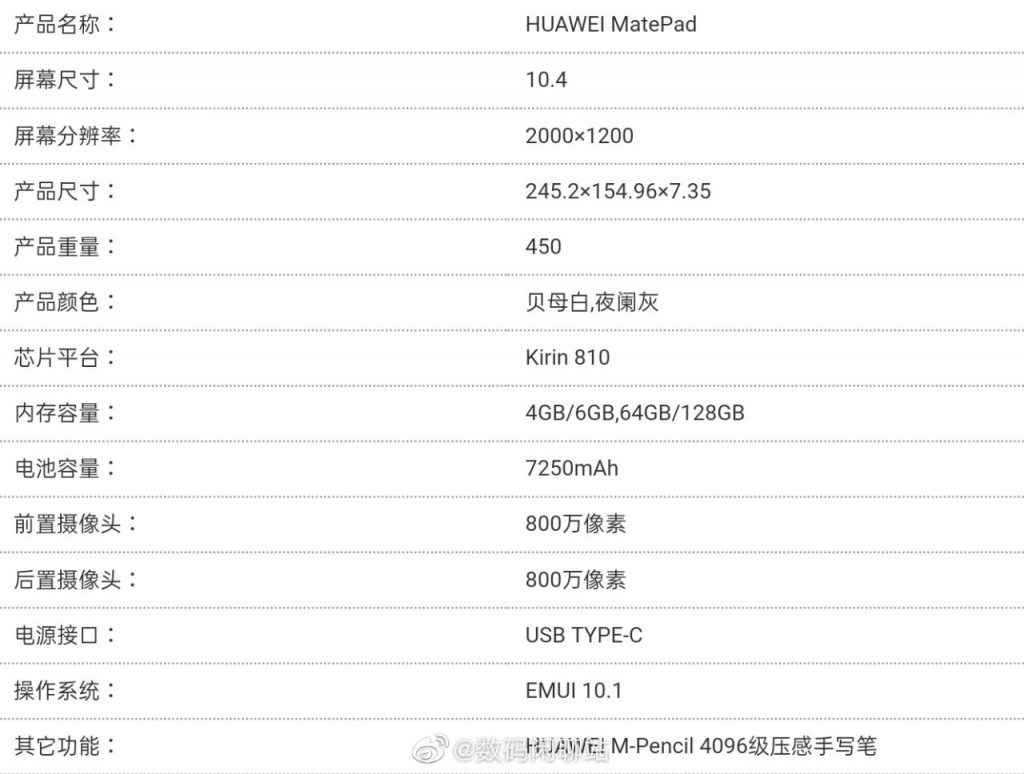