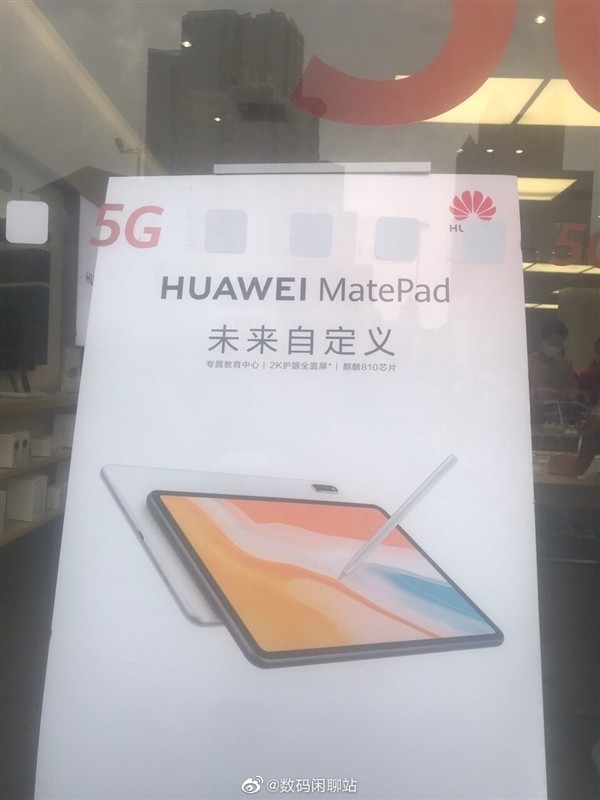 According to some new information, Huawei has planned to launch a “Non-Pro” version of this tablet series called Huawei MatePad for regular users that will soon be unveiled.

A promo poster of Huawei MatePad has recently leaked on Weibo, showing Huawei MatePad with a full view 2k resolution display without hole-punch design as well as M-Pencil stylus.

The poster also reveals that this upcoming tablet will equip Kirin 810 process, rear and front camera, charging port. However, there’s no additional information shared on its other specs.