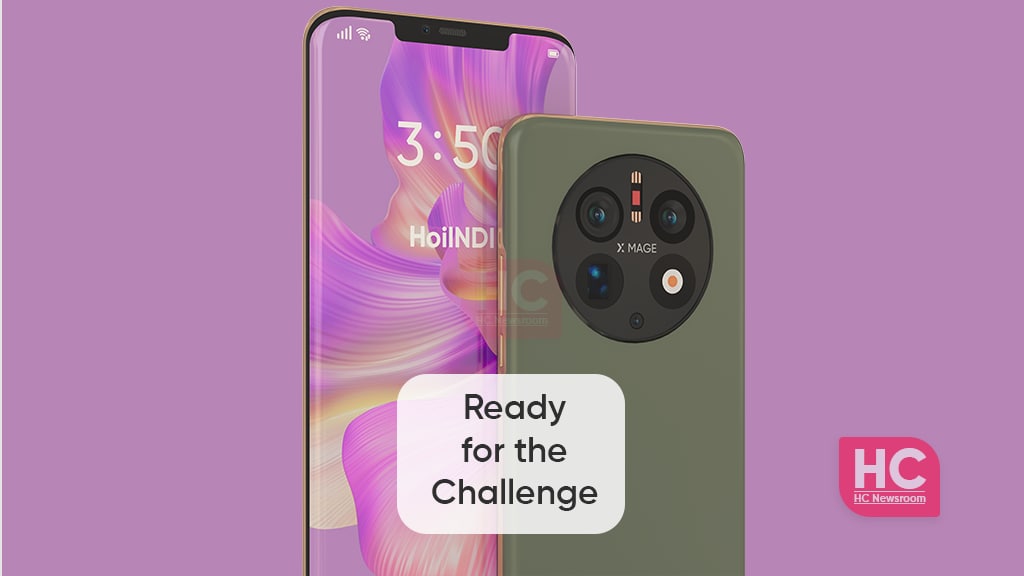 Other than the global market, Huawei will set a fight against Apple in China, which also has a big market share for iPhone devices.

Speaking of which, Let’s see how the Chinese tech giant is bringing a challenge for the American phone maker.

Huawei phones will come with OLED displays and the company will feature them with a 120Hz refresh rate. Moreover, there will be two new designs that the company has chosen for the upcoming Mate 50 series – the first is a center hole punch and the next is a notch, similar to the Huawei Mate 20 Pro but with smaller bezels.

On the other hand, iPhone will use an LTPO panel along with notch and pill shape cutouts.

Huawei will use a new Qualcomm flagship chipset as compared to Snapdragon 888 in the Huawei P50 series. On the flip side, iPhone 14 lineup will come with a mixed-use of A15 and A16 Bionic.

It’s a section that will interest all consumers, both phones are known for their battery backups. Huawei Mate 50 series will be packed with a large battery and so does the iPhone 14 series but Huawei will get you a faster charger at 66W, while iPhone may stay still at 20W and since Apple has already stopped shipping Charing brick with the retail box, there’s no argument between the two companies.

That’s not it, Huawei Mate 50 series will bring a new emergency battery feature that would let you use the smartphone’s key feature after the battery level drops to a discharged state. 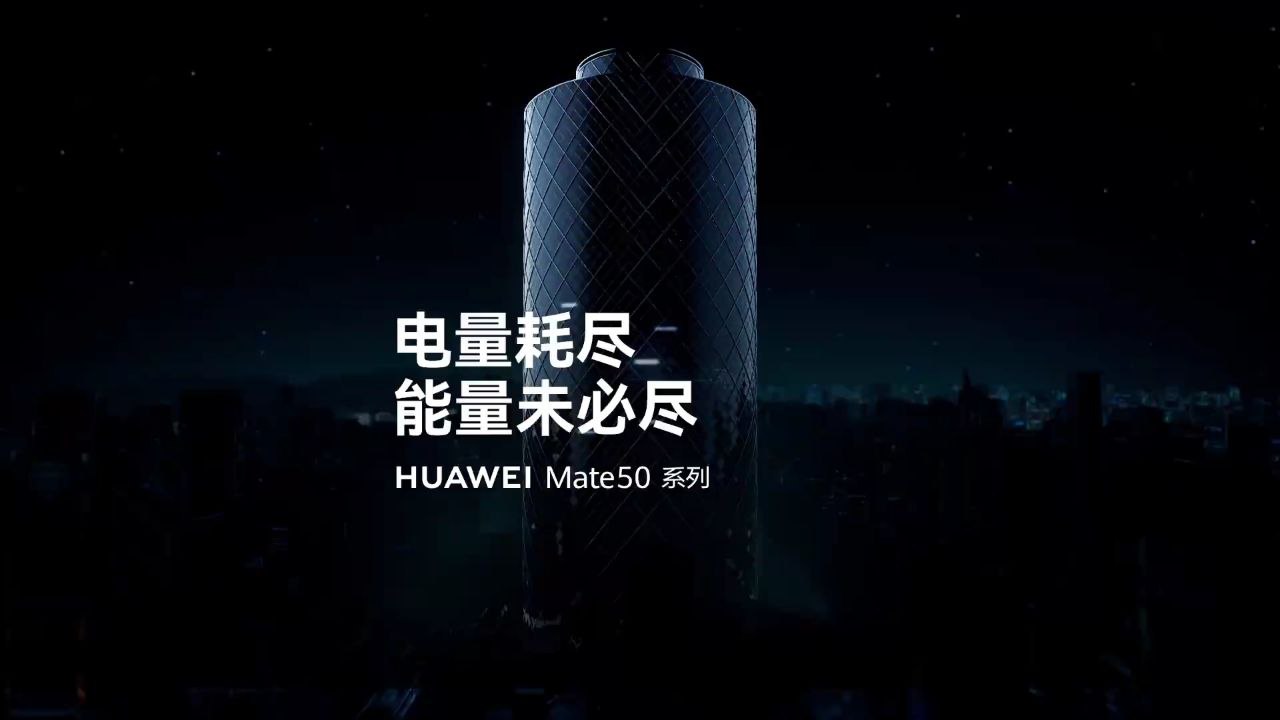 Previous reports reveal that iPhone 14 models will equip a new 48MP camera system, which is a big upgrade as compared to the predecessors with smaller megapixel counts.

However, Huawei Mate 50 lineup has been prepared specially with a new XMAGE camera system. Furthermore, Huawei has used a new 6-blade variable aperture main camera technology for this upcoming flagship and it’s expected that the Huawei Mate 50 series will once again rule over the world of mobile photography. 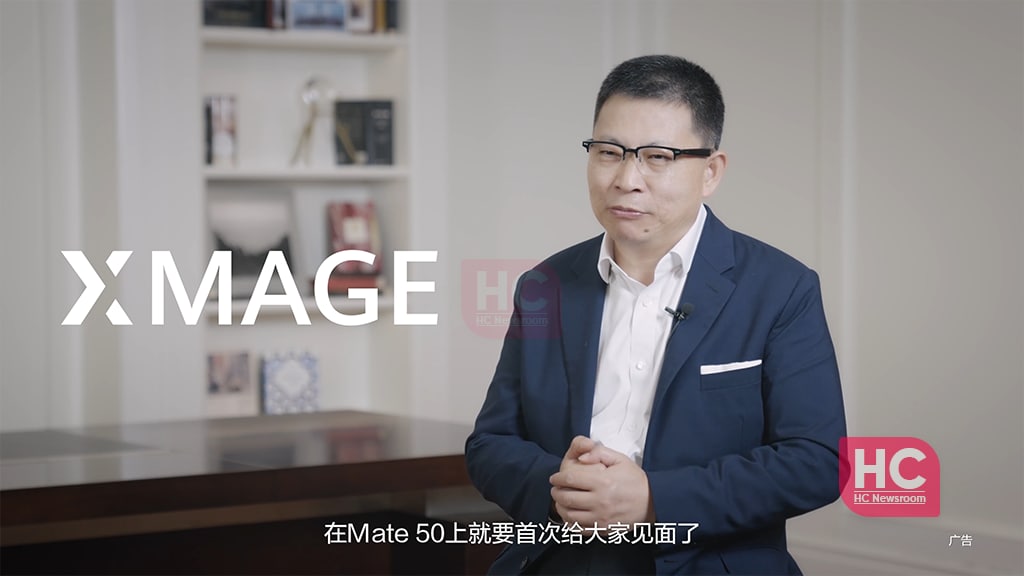 iPhone 14 will ship with the brand new iOS 16 software out of the box, there have been some changes made to the features for the consumers. Aside from any major changes, the company has made some subtle changes throughout the user interface and made it a kind of smart device-friendly software.

Next comes HarmonyOS 3, Huawei Mate 50 series will also be the first smartphone lineup to feature this new software and it’s packed with a load of new features.

These include the App management system – Large Folders, which is a massive contributor to keeping your home screen clean (read more). HarmonyOS is designed for smart device management and we don’t think that iOS would be able to stand against the software in the Chinese market. 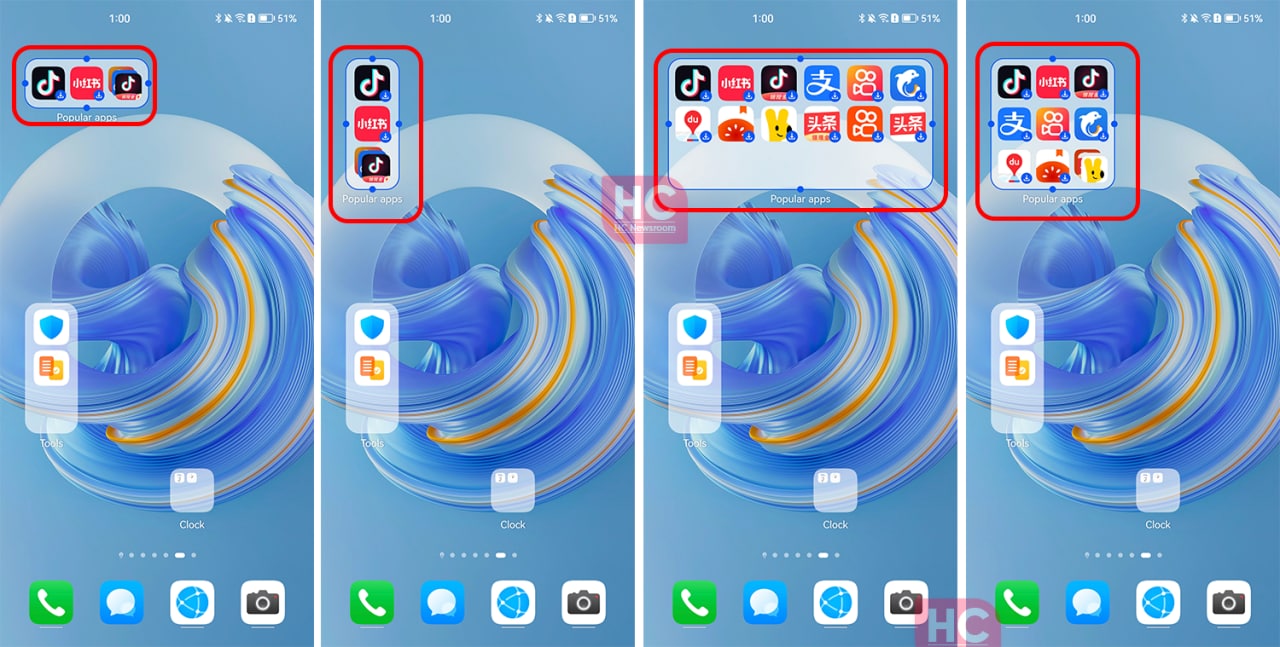 iPhone will continue to use its ceramic body in the Pro models with a matte back panel. Meanwhile, the colors are likely to remain the same as last year but may include one or two new additions. Moreover, the rear camera design will remain in iPhone 13 lineup.

Huawei Mate 50 series will enlarge the rear camera system and put more sensors on board. The phone will use an aluminum frame and there might be a ceramic finishing added to the Mate 50 RS Porsche design.

Speaking of Porsche Design, this special edition model has its own unique aesthetics that are way more interesting that the iPhone 14 series. 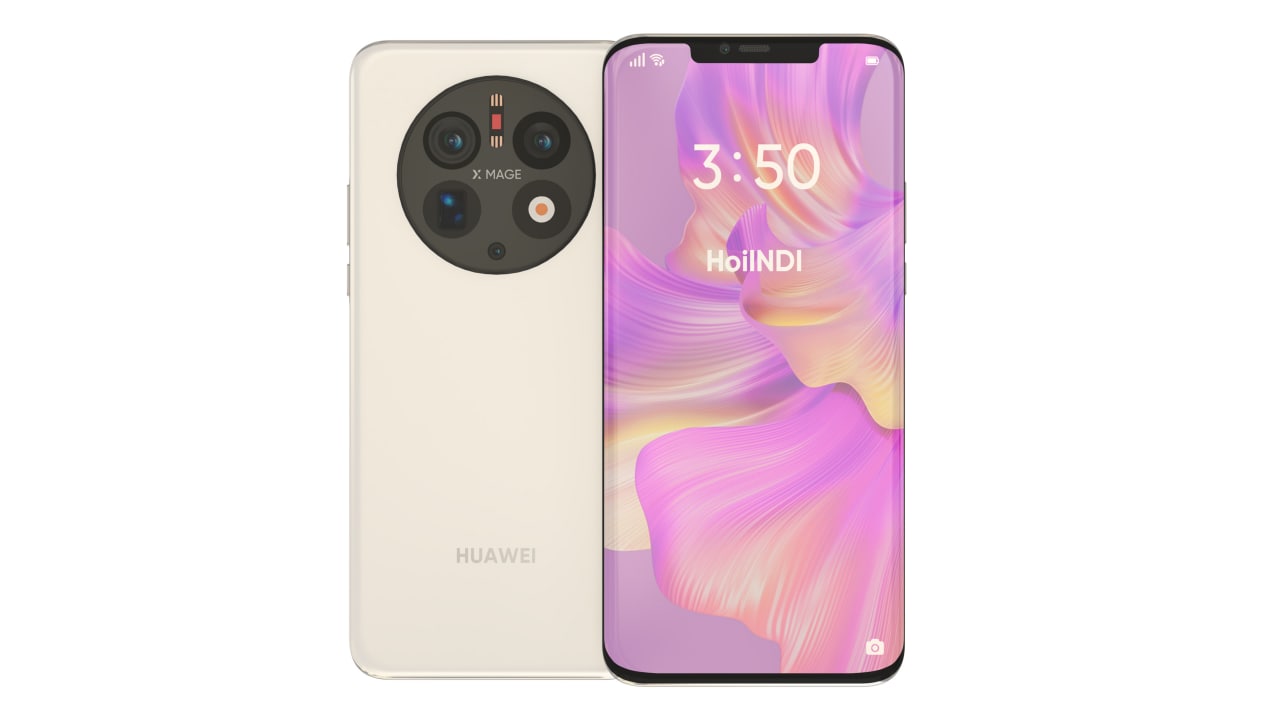 Huawei Mate 50 series lacks 5G but the company is using WiFi 6 and the latest network band technologies to boost networks, which makes the network access way better than 4G. To be mentioned, it’s the only section, that Huawei may leave behind but it’s unlikely to happen. 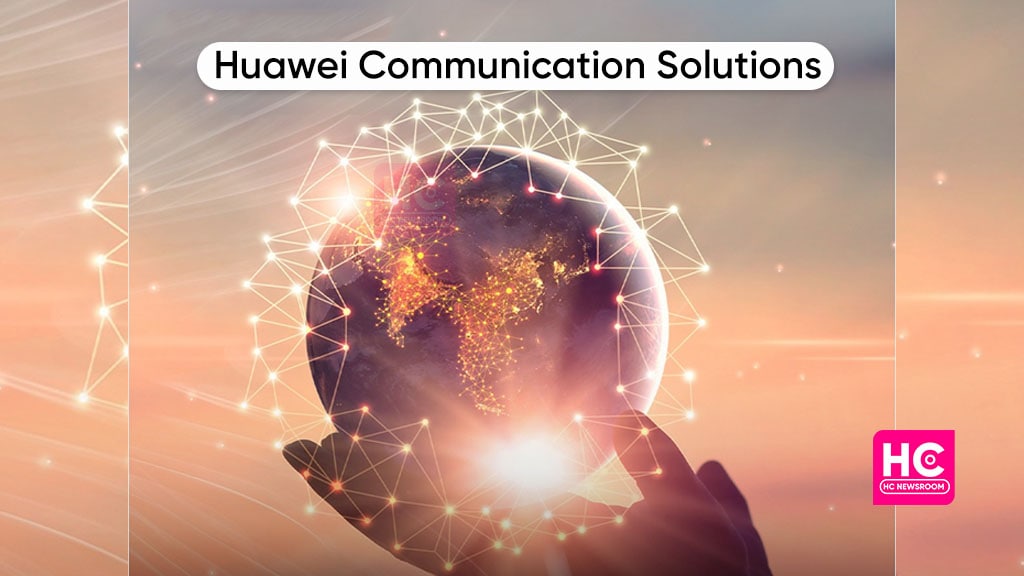 Accordingly, the tech maker is making some seamless efforts in South Africa. Up to this point, Huawei has launched many programs and solutions that can help Nigeria in the digital, network as well as communication aspects.

In Nigeria, Huawei has uprooted around 27500 communication sites and up to 10,000 km of fiber in the region. Ultimately, this initiative has helped more than 60% population to connect with high-end network facilities.

On the flip side, the respective network systems also help in reducing communication costs. Thus, both network operators and users can enjoy productive and convenient services at minimal rates.

Since its arrival in Nigeria, Huawei has deployed over 27,500 communication sites, over 10,000 km fibre, helping connect 60% population and greatly reduce the communication cost.#HuaweiMeetsNigeria #HuaweiConnectingAfrica pic.twitter.com/cDsHFoahMZ

LEAP stands for Leadership, Employability, Advancement, and Possibility. Eventually, this program will improve the ICT infrastructure within three years. Thus, Huawei’s digital efforts will give a new face to Nigeria in the time ahead.

Huawei South Africa President – Leo Chen put forth his points on how digitization and ICT development can add more numbers to the growth rate of Nigeria.

“Digitization is deeply rooted in people. Because we digitize for people and by people. When roots are deep, there is no need to fear the wind. Through the LEAP program, we strive to cultivate more youth leaders in ICT who can explore more possibilities for themselves, their families, community, and ultimately their nations.”

Consequently, Huawei will take more actions that can help users in Nigeria to connect better with digitalization. Let’s see what new solutions will the company initiate to enhance digital scenarios in South Africa. 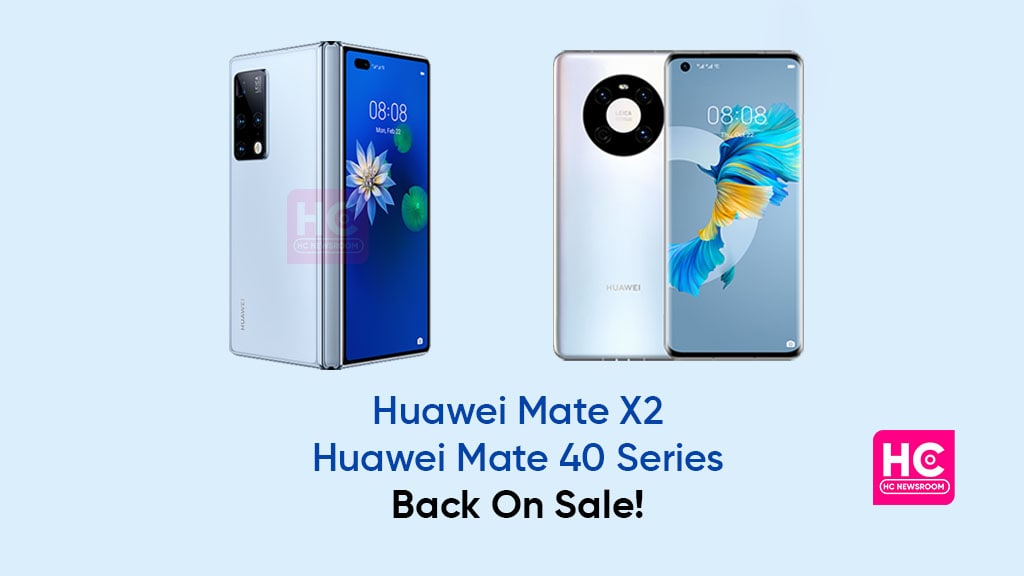 Huawei Mate X2 folding phone and the ultimate Mate 40 series are back in the sale stage. Despite the lack of Huawei Kirin 9000 chipsets, the devices are available for buying purposes but with some hidden twists.

To begin with, earlier we reported that the Mate X2 foldable is no longer available on the official Huawei website (Vmall). The reason behind the device’s unavailability could be the shortage of Kirin 9000 processors.

However, the latest input reveals that users can still purchase the Mate X2 phones. Though Huawei has removed folding smartphones from its official stores, they are still available at third-party offline stores.

In addition to the Mate X2 devices, the Huawei Mate 40 series is also aligned on the sale platform. The only difference is that the foldable gadget is now selling via offline stores. While the Mate 40 series is accessible at online shopping channels.

The available stock of Mate X2 and Mate 40 has given rise to a significant question – Are Kirin 9000 chipsets in stock? Previously, the company stated that the respective chips are no longer available for an unlimited period.

But as per the latest hints, there is still a limited supply of Kirin 9000 processors. Although it is quite difficult to say how much stock is left.

On the sideways, the input also suggests that the tech maker has not stopped the Mate X2 or Mate 40 smartphone production. Perhaps, we could find these devices back on the official websites.

When Kirin processors will return?

It’s worth mentioning that both Mate X2 and Mate 40 models equip the dynamic Kirin 9000 chips on their surface. The tech processor uproots over a 5nm process and features an octa-core framework. 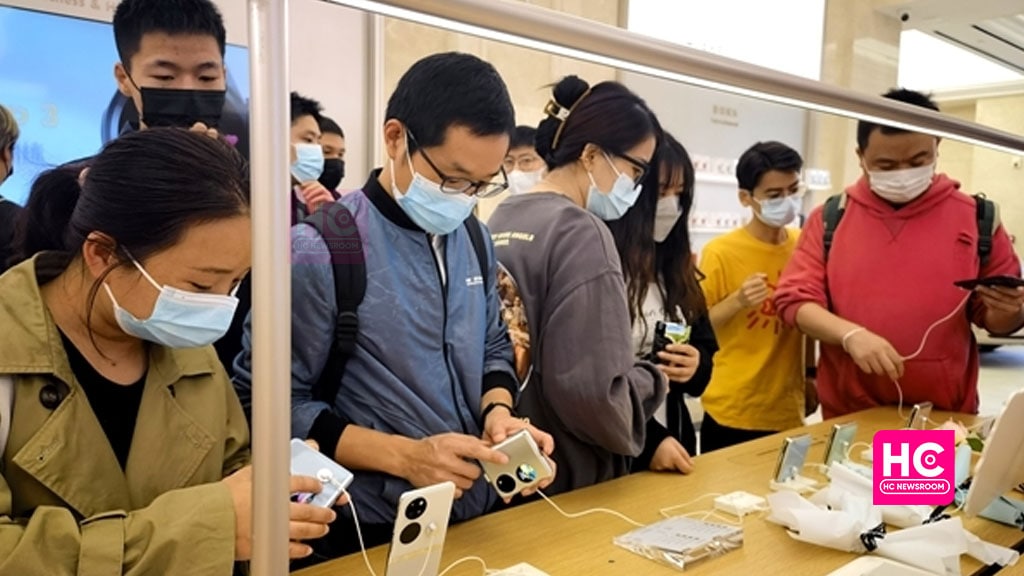 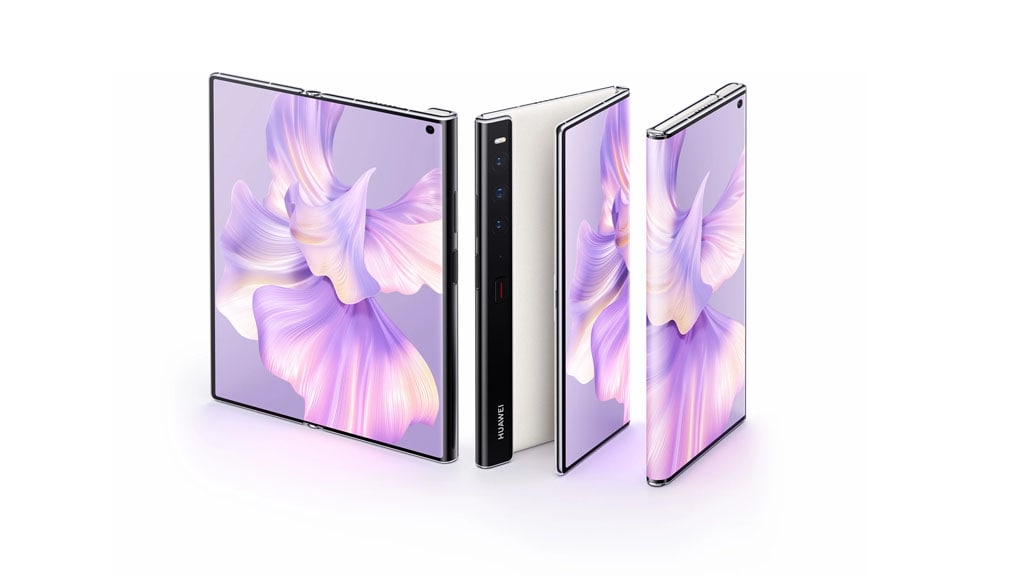