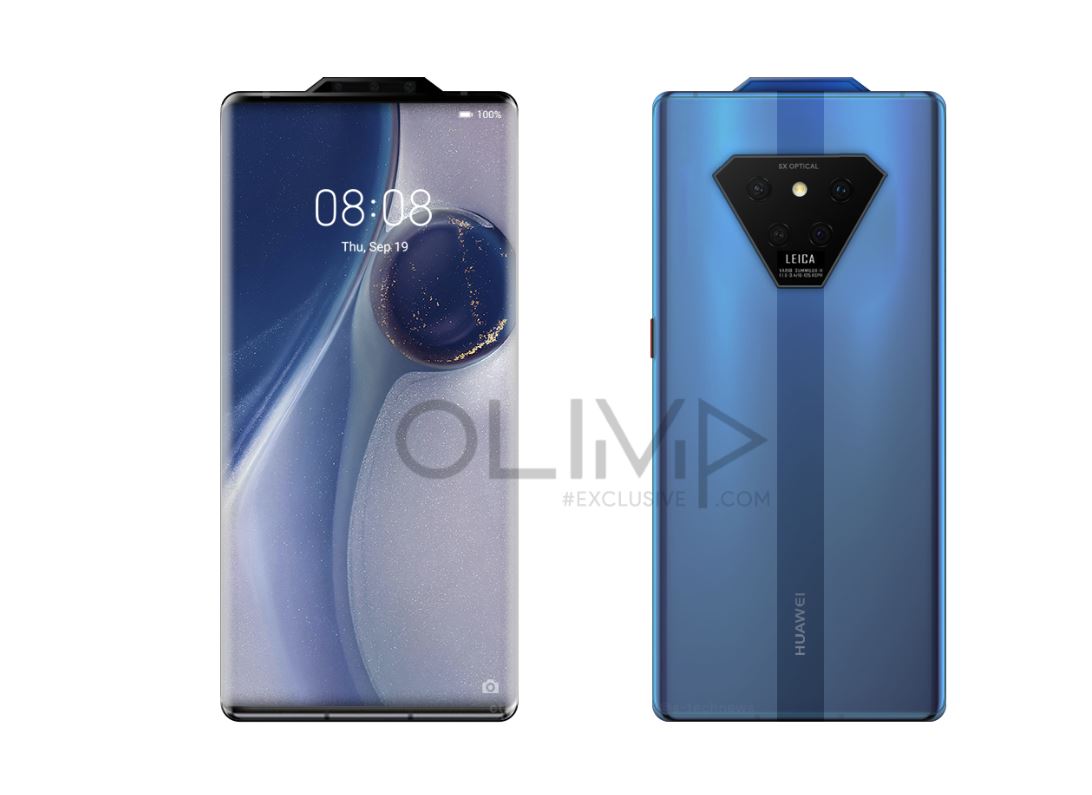 
Huawei P40 series will unveil on March 26 in Paris with a new set of cameras and new features. In the meantime, there’s a new concept render appeared online imagining the design of the second half’s Huawei Mate 40 series.

The concept render linked below is based on patents and schemes, coming from Slashleaks. The front side in the render shows FullView Horizon display panel with curved edges similar to Huawei Mate 30 Pro but the notch is now placed reversed on the top of the phone, possibly as the pop-up selfie camera.

The back of the phone includes a new type of camera design with a Leica quad camera and LED flash.

We believe that this design will remain as a patent and there are very few chances to go it into production. 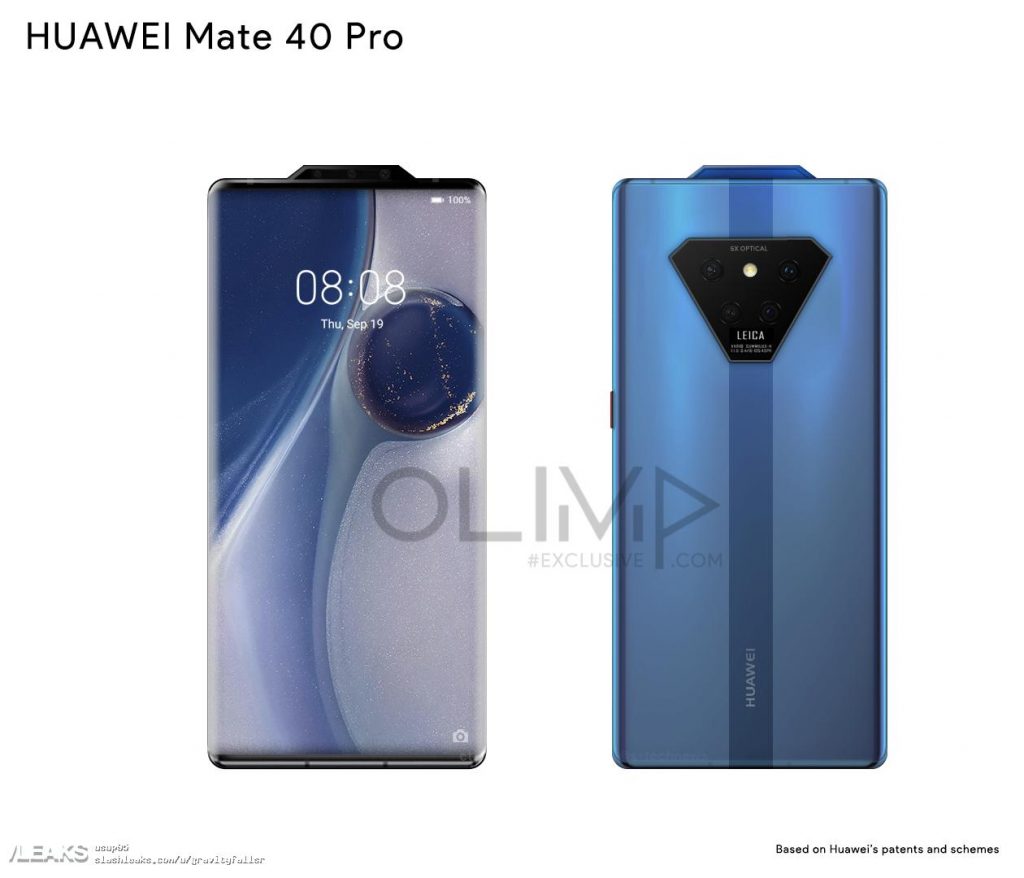 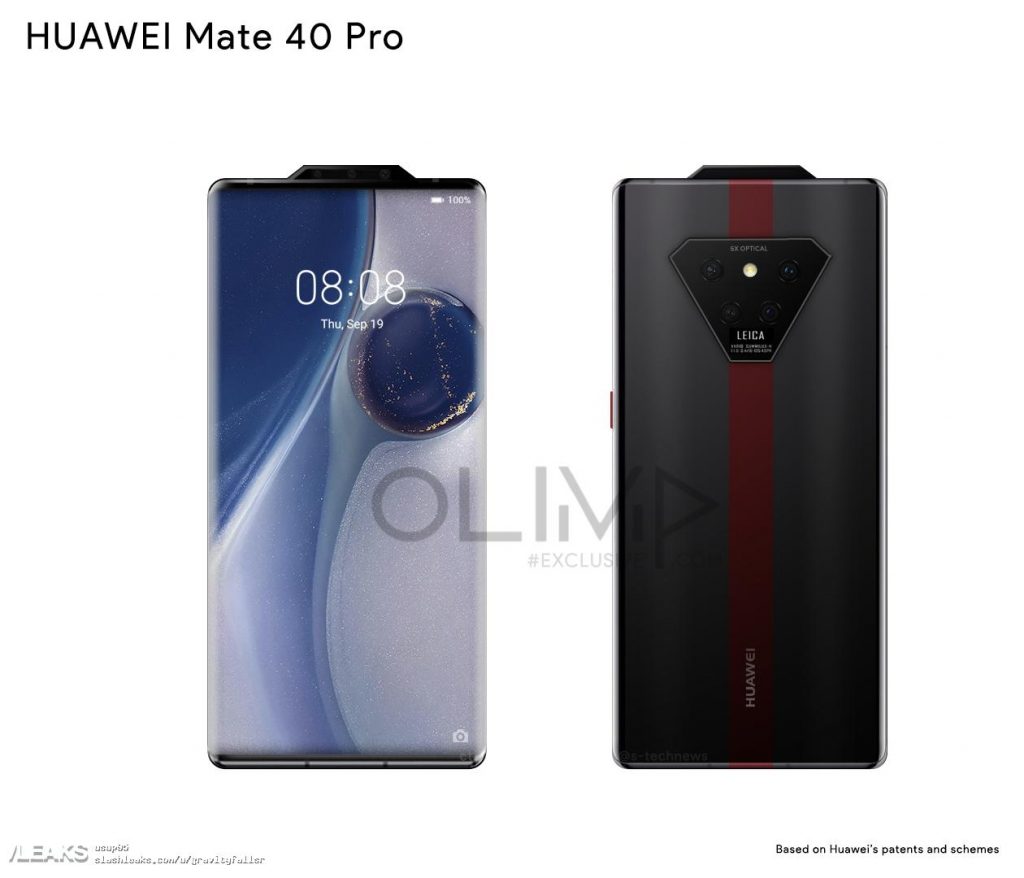 Note: These renders are based on patents and design, not officially confirmed by Huawei.