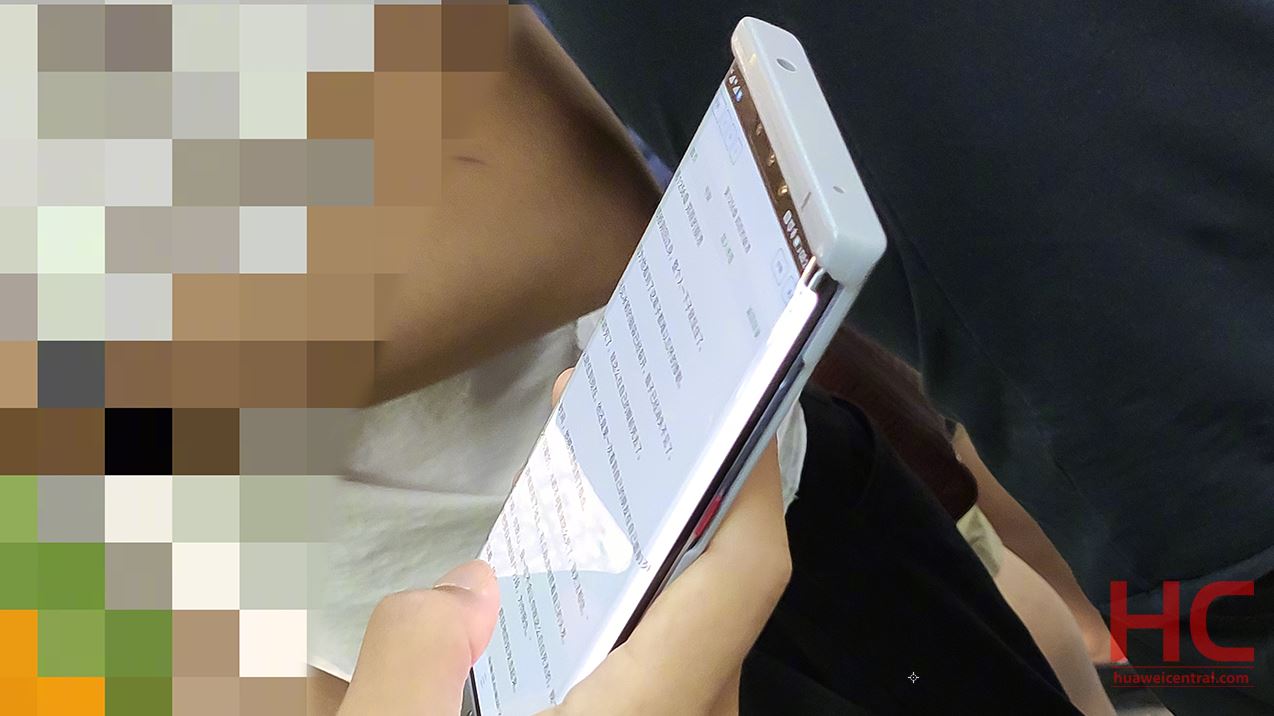 
Huawei Mate 30 Pro seems to be traveling a long trip because all of the previous leaks related to this smartphone spotted on a subway and today we got its new subway image that reveals more about this upcoming flagship.

According to the image coming from Weibo, showing Mate 30 Pro inside the protective cover to hide its original design specs. The phone bears large curves on the display edge. On the left side, the phone has a red-colored power button below the volume adjustment keys.

The has waterfall notch on the front and If you look closely, you’ll find out that there are three camera lens visible on the light reflection on a proper distance and the gap between them is there for the sensors.

The next image shows the back of the covered in the same protective case, only exposing the large LED flash cutout, and the main camera is blocked by a back panel that can be opened when needed. Moreover, there’s a black stripe on the center top of the phone that seems to be hiding something. Although, this is all we could extract from these images.

According to the previous information, Huawei Mate 30 and 30 Pro will be powered by a new 7nm EUV processed Kirin processor, new dual 40MP camera of different sizes, bigger and better display, EMUI10, improved battery life with 55W fast charging and more. As this flagship series expected to make its debut in September. 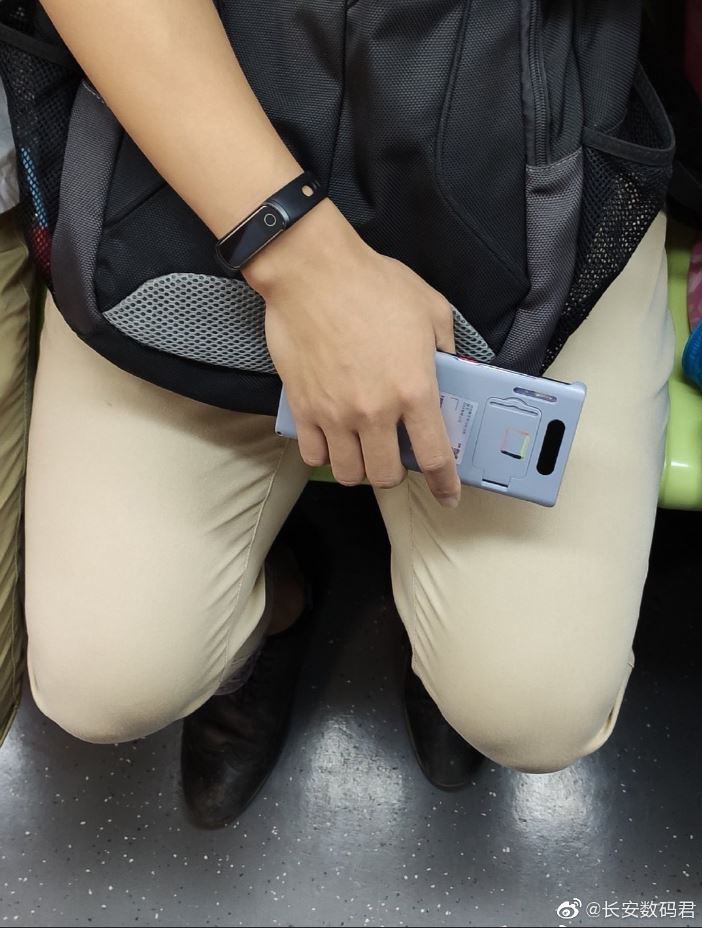 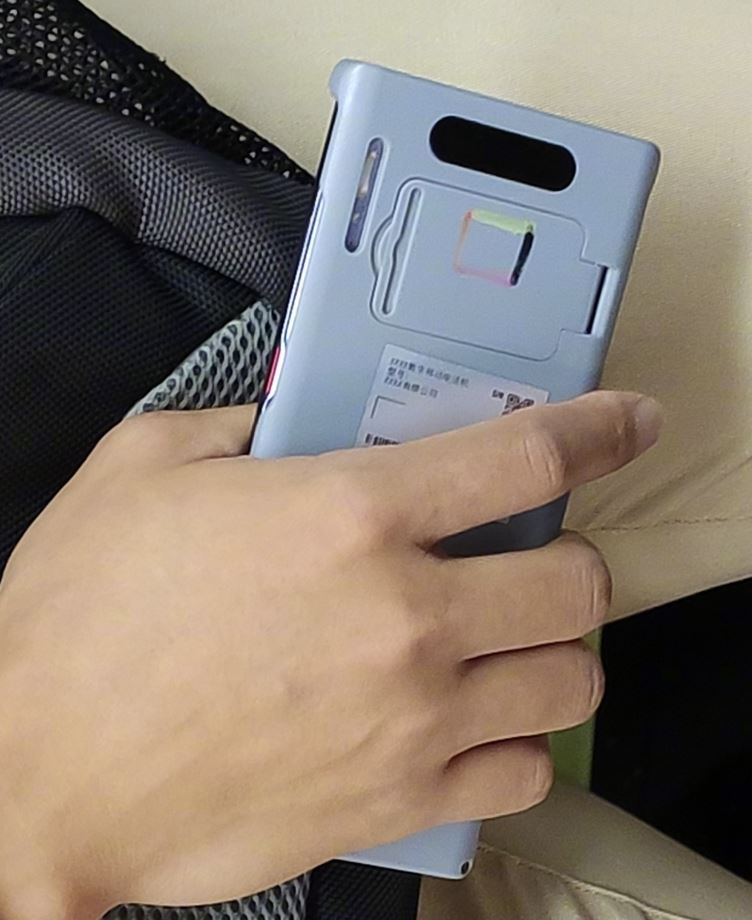 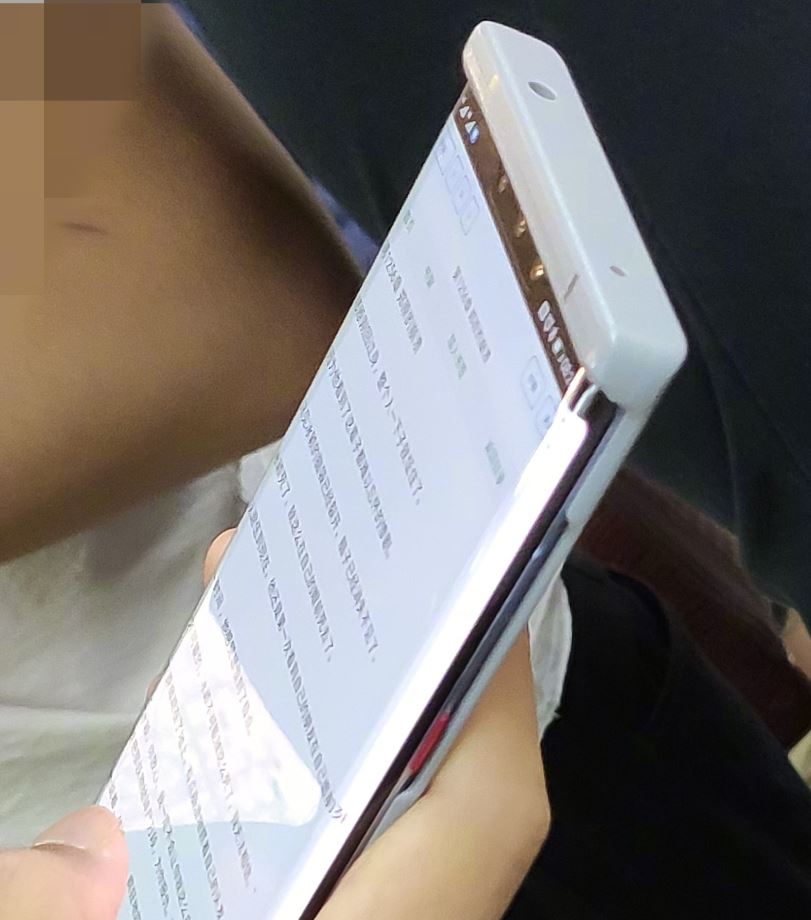