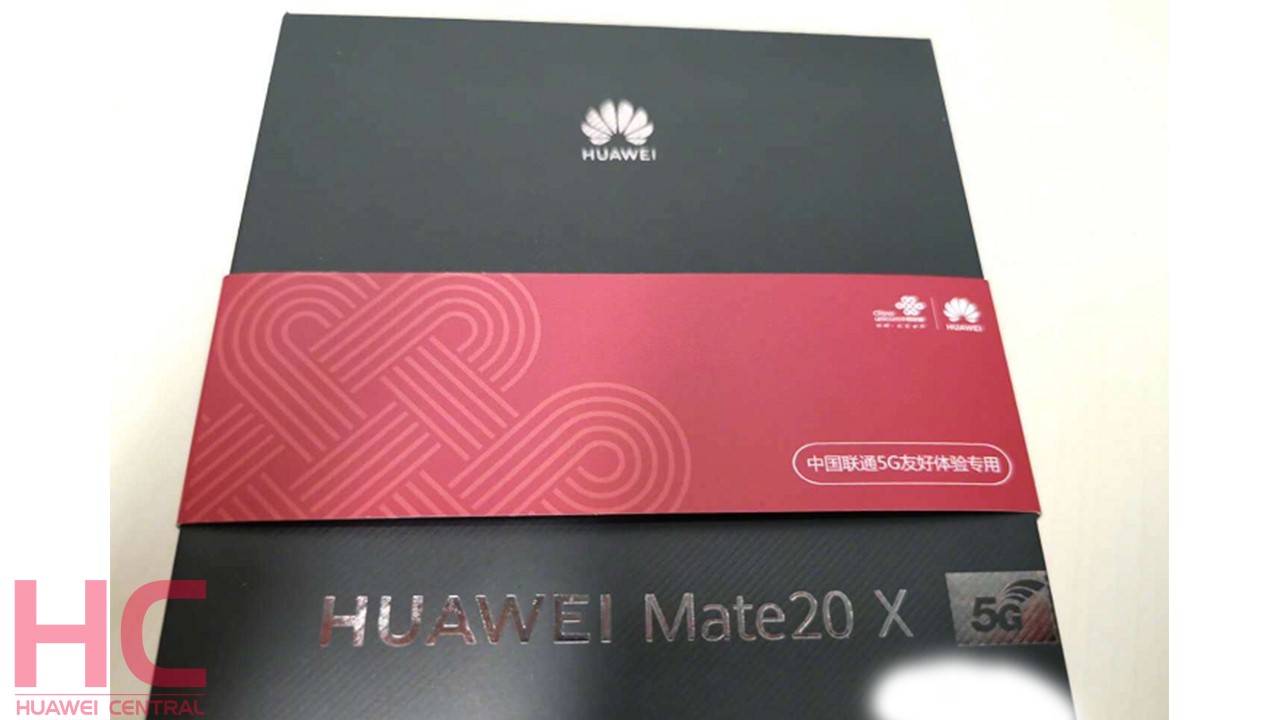 
Huawei’s first-ever foldable and 5G smartphone Huawei Mate X will be launched in June but there’s one more phone that the company will launch as its second smartphone with 5G capability but not a foldable phone and will be called Huawei Mate 20 X 5G.

On April 17, Huawei’s Mate 20 X 5G box has been spotted tagged with China Unicom network, Chinese state-owned telecommunications operator of China. Our sources revealed that this phone is currently being tested by the operator for 5G services and will be launched as a second 5G enabled model for the consumers.

The box shows “Huawei Mate20 X” with “5G” logo branding, which highlights that this is a 5G variant. Moreover, there’s a red stripe, with a logo of Huawei alongside China Unicom, printed on it. As text written on the strip says, this phone is delivered to China Unicom’s 5G testing purposes. 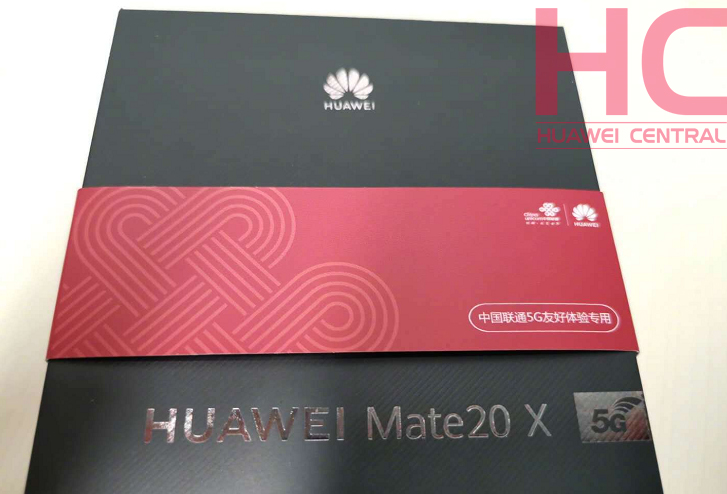 It can be said that for users who want to own a 5G smartphone, the price of Huwaei’s 5G foldable phone may be too costly. And for that, Mate 20 X 5G is expected to be released with a cost-effective price tag, which will suit to regular consumers.

Here are all the features coming with EMUI 9.1 update to Huawei Mate 20 series

An industry observer on Twitter revealed that the Mate 20 X 5G will come with a slightly reduced battery size of 4200mAh, compared to its 4G variant’s 5000mAh and there’ll also be support 40W fast charging that can charge 70% of the battery within 30 minutes.

He also mentioned that the Phone will feature the same amount of screen size of the 7.2-inch display and the rest of the specs are expected to remain the same but yet to confirmed.

Since the launch of Huawei Mate X is slated for June, the 5G variant of Mate 20X may take place around August.