At the launch event of the Huawei Mate X2 foldable phone, the Chinese tech giant announced that it’ll launch the HarmonyOS AKA Hongmeng OS operating system for smartphones in April this year.

According to the information coming from Weibo tipster, Huawei will hold a new smart product launch conference on April 8 and the Huawei HDC Cloud 2021 conference is scheduled for April 24 – 26, 2021.

In addition, he also said that the Huawei P50 and MatePad Pro 2 series will launch in May instead of the previously scheduled April. The tipster further suggests that there is more information regarding the HiSilicon chip that cannot be revealed publically. 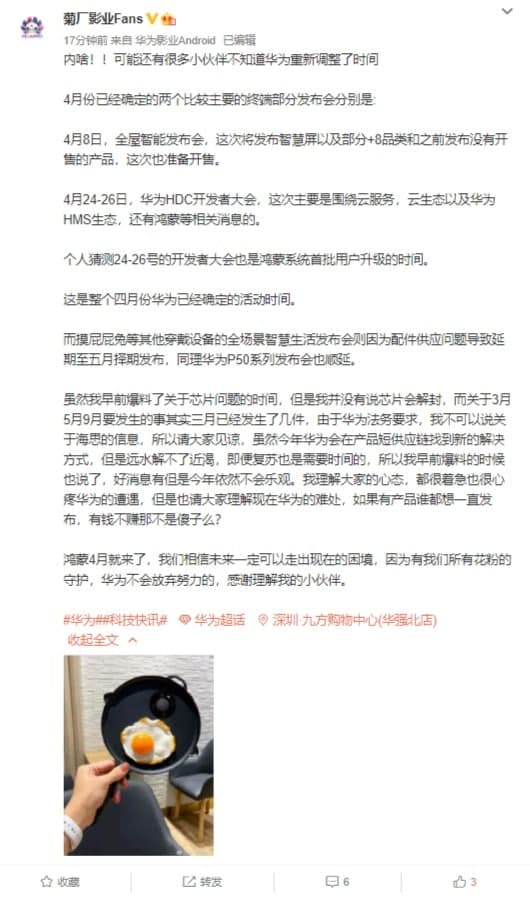 Previous information suggests that the stale version of HarmonyOS 2.0 will be launched at the end of April, and the Mate X2, Mate 40 as well as P40 series will be the first models to adopt this latest software.

Aside from this, the Huawei P50 series was first planned to launch on EMUI but now the company has decided to delay it, which will result in it come with pre-built HarmonyOS (HongmengOS).

Last December, Huawei opened the beta recruitment of the HarmonyOS for flagship models – Huawei P40, Mate 30, and MatePad Pro but the beta testing remained limited to the developers.

At the launch event, Huawei will bring a number of new technologies but we cannot confirm whether it’ll be launched exactly at the same event as HDC 2021. However, when it comes to the Chinese tech giant, it’s hard to judge what the company may do next.