Huawei has already registered multiple trademarks in the Operating System category at intellectual property organizations in Europe and in other regions, and a new trademark has also been filed by the company that represents the same category.

Huawei planning to cut number of jobs at its US subsidiary

On July 12, 2019, Huawei has filed a new trademark application at EUIPO (European Union Intellectual Property Office) for the word “Harmony” under the category of ‘Mobile operating system’, which makes it another contender in the list of names that could be used for the company’s self develope OS.

For now, there’s no official announcement which indicates what Huawei’s software would be called but the different opinions of Huawei officials surely create some doubts on this matter.

Also, no certain official claims available when the company will come forth with its self developed OS because the company is currently seeking to regain access to Android following the US commerce department to provide extra licenses to U.S. companies that want to resume business with Huawei. 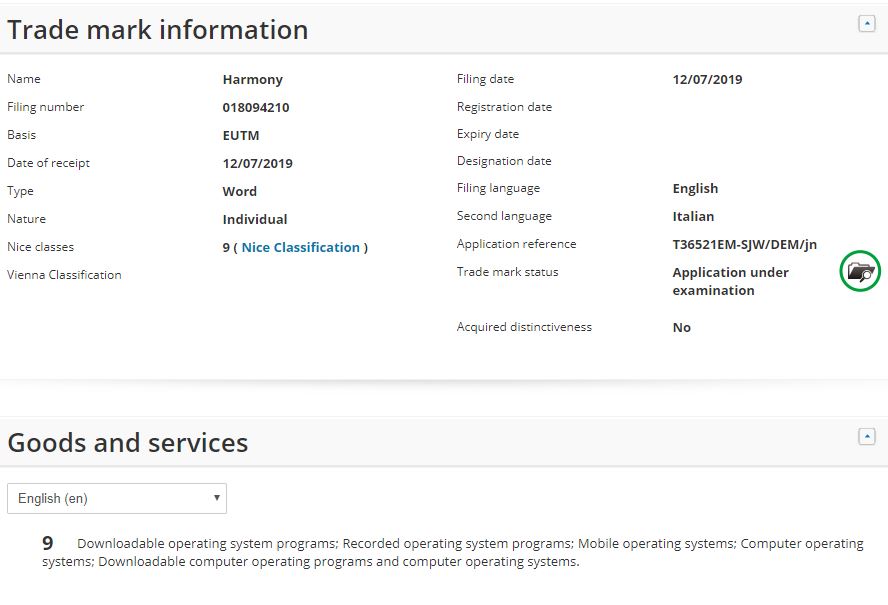