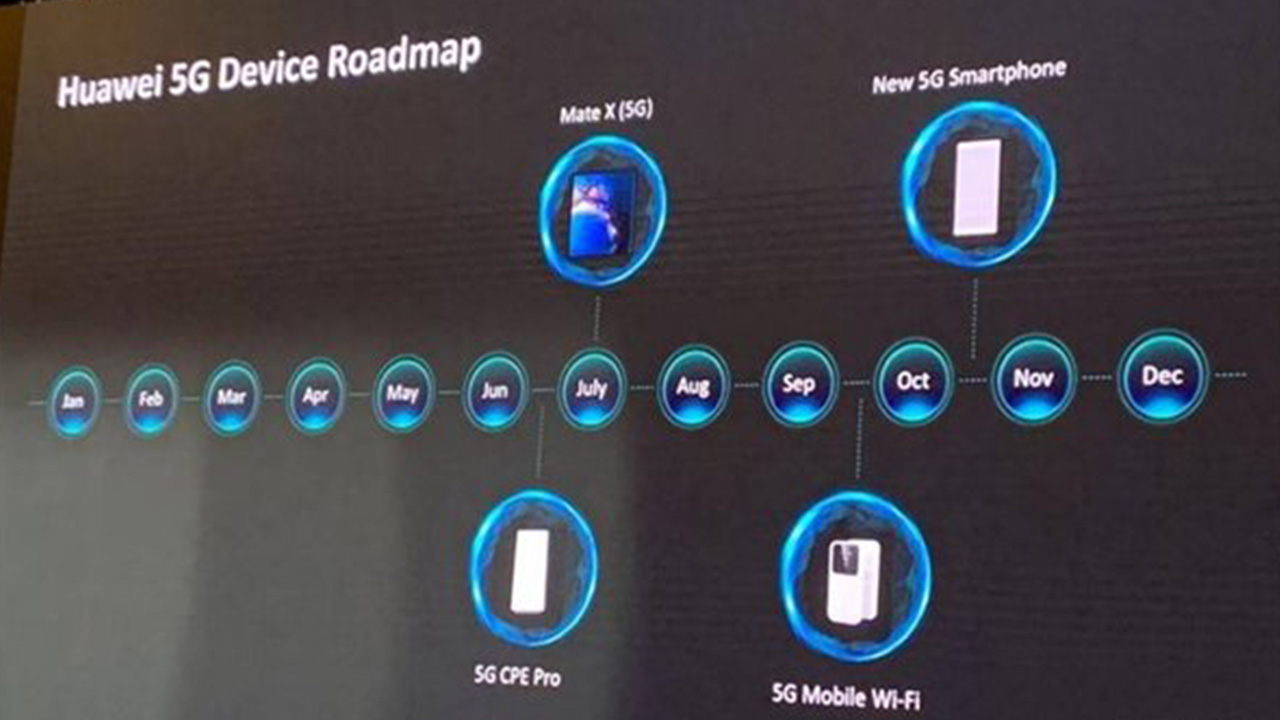 
Huawei today at its Global Analyst Conference revealed roadmap for the rollout of its 5G devices and commercial 5G network equipment.

Honor will launch a 5G smartphone and a new Notebook series this year: President

According to Huawei’s 5G device roadmap, the company lined its 5G CPE (Customer Premise Equipment) Pro for mid-June. Huawei Mate X 5G slated to launch in July, although its 4G variant is scheduled for a month earlier.

Also, there’s a new 5G Mobile Wi-Fi, which seems a portable device is chosen for mid-September and there’s a new 5G smartphone in mid-October, which could probably be the new Mate 30 device but not confirmed by the company, reported by Ithome.

Moreover, there’s no mention of the Huawei Mate 20X 5G variant which may also be launched before the Mate X 5G but currently, there’s no confirmation on that either.

The event was attended by more than 680 industry analysts, as the company has unveiled its future strategies and current progress regarding 5G technology and its other divisions.

At the first quarter results, the company said, by the end of March 2019, Huawei had signed 40 commercial contracts for 5G with leading global carriers and had shipped more than 70,000 5G base stations to markets around the world.

In the first quarter, Huawei generated CNY179.7 billion ($26.67 billion) in revenue, an increase of 39% year-on-year. The company’s net profit margin in Q1 2019 was about 8%, slightly higher than in the same period last year.