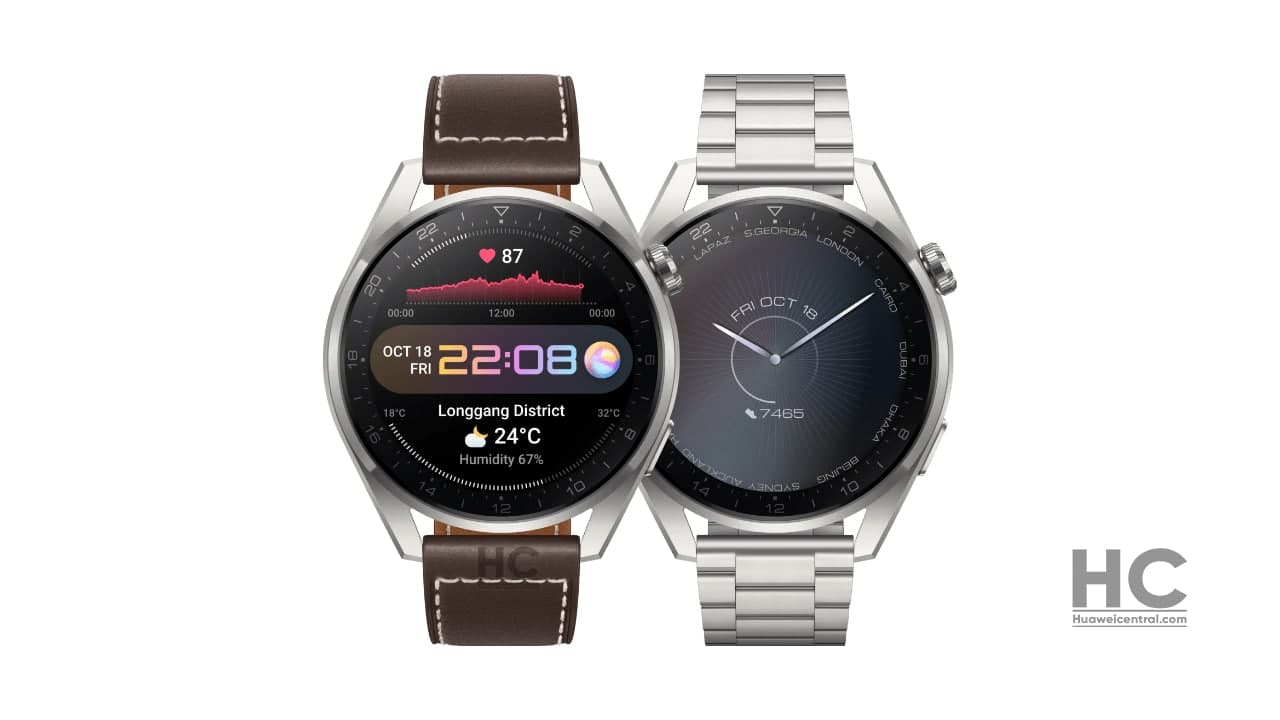 We are living in an uncertain and stressful time that that’s why we need constant monitoring of our stress levels and entire lifestyle. Stress is something we all encounter, whether it’s particular situations in our lives or just a hectic day at work.

But, it can leave an impact on our health and lives, which is why stress detection, guided breathing, and mindfulness are all becoming key features.

With the advancement of technology, now the big wearable manufacture brands like Huawei, Apple, Fitbit, and more offering stress monitoring features with them.

Tracking your stress level gives you a better understanding of the strain and stress you’re putting on your body that could impact future workout sessions.

Here’s are the steps that you can follow on your Huawei smartwatch to test the stress level and view the stress data: 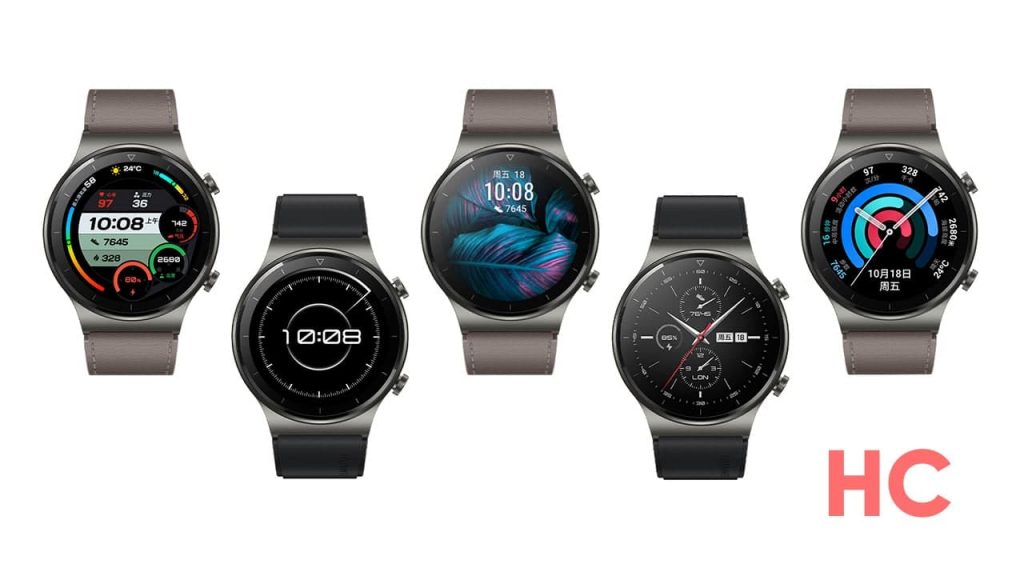 How to measure  your stress level:

Stress level on a one-off basis:

Stress level on a periodic basis:

How to use Huawei Watch 3 stress level feature

How to check for updates on EMUI 12 installed Huawei phone? [Hands on] 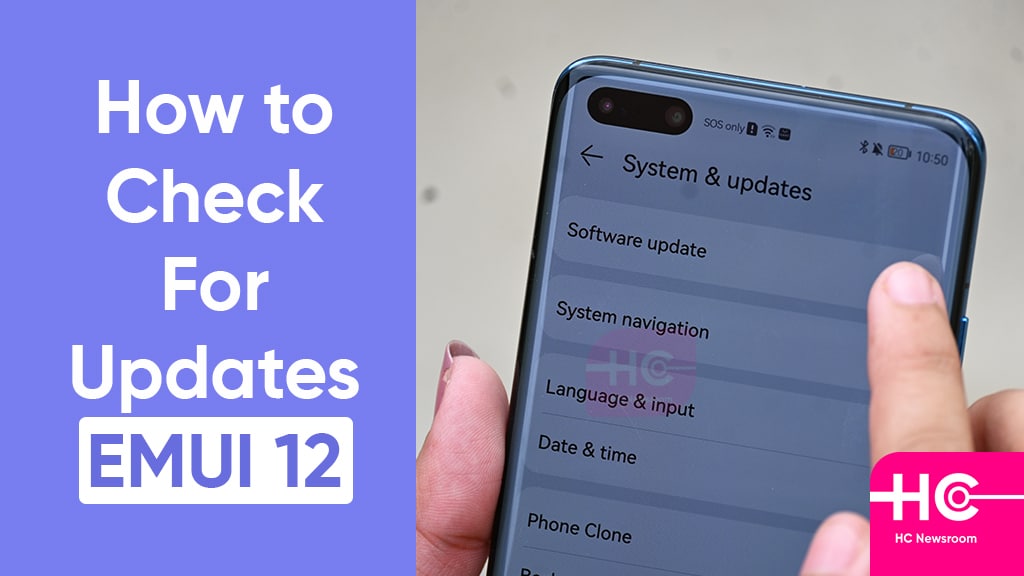 Huawei’s most recent custom OS skin – EMUI 12 is rolling out in the global market through OTA medium. As of now, Huawei has updated most of the eligible smartphones to EMUI 12 software version, which provides a far better experience than EMUI 11 and the previous version.

In the global market, Huawei EMUI 12 vibes are widely spreading out, and users are really satisfied as well as enjoying the brand new user experience. More interestingly, the latest software is fully inspired by HarmonyOS operating system.

After installation of EMUI 12 on your Huawei phone, do you know how to check for the latest updates? Well, there are two ways to check for updates, which are mentioned below:

To be mentioned, below you can check the how-to check for updates steps along with the important notes. For better understanding, we have recorded a live video that shows the check for updates process on EMUI 12 installed phone.

Here is the live video of check for updates on Huawei EMUI 12 smartphone:

Steps to check for updates:

Open the settings menu on your Huawei EMUI 12 phone and tap on system & updates. Now, tap on software update followed by CHECK FOR UPDATES. Afterward, the phone starts connecting to the server and gets the latest update for you. Hit download and install.

Go to the My Huawei app on your phone and visit the support section. From here, you will see an update icon, tap on it. It will redirect you to the update page, now tap on the CHECK FOR UPDATES option followed by download and install.

How to update Huawei smartphone via My Huawei app [Video] 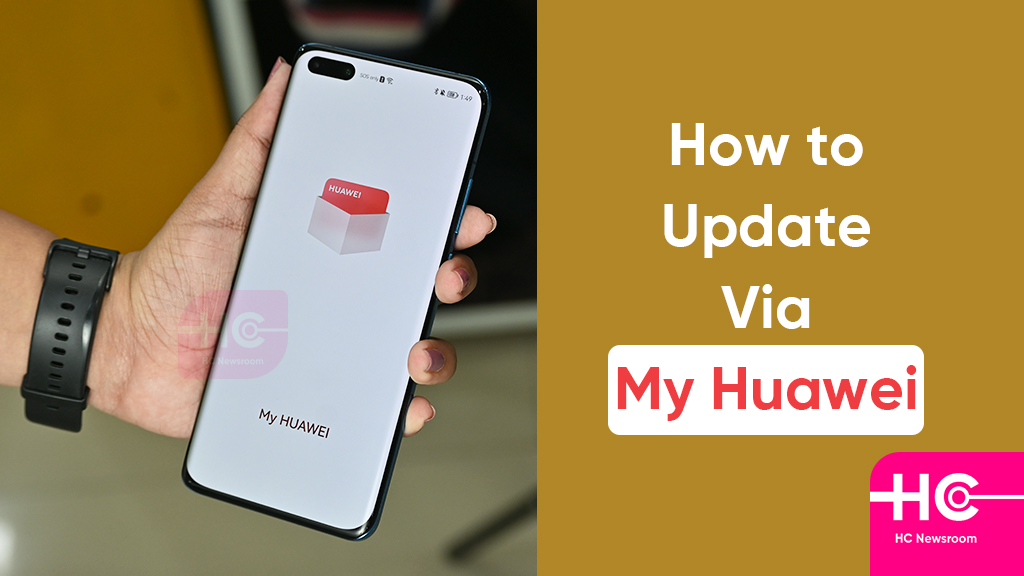 Software update rollout is a kind of maintenance of any smart device as well as an essential part. It can boost the overall performance of the system and enrich the user experience.

So, do you have Huawei smartphones? If yes, do know how to update your phone using the My Huawei app? Well, we have found that most of the Huawei smartphone users update their respective devices through the Settings menu or directly from the OTA notification.

One thing worth mentioning, Huawei smartphone owners can also get the latest software update through My Huawei by just following the simple steps, which are mentioned below in the article.

For better understanding, we have also recorded a live demonstration video of how to update your Huawei smartphone via My Huawei. Check the video now!

To update via My Huawei, go to the My Huawei app on your smartphone and make sure that it is running on the latest app version. Now, open the app and tap on the support section followed by the updates icon. From here, you will be redirected to the update page.

Afterward, tap on the CHECK FOR UPDATES option and let the phone fetch the latest update for you. Once the update appeared on your screen, hit the download and install option.

Before you proceed with the update, make sure that your smartphone has a sufficient amount of storage and the battery should be 30% or more. Also, don’t forget to make a backup copy of your important data to prevent data loss and use stable WiFi or data connection to download the package.

How to exit from EMUI 12 beta [Full Guide] 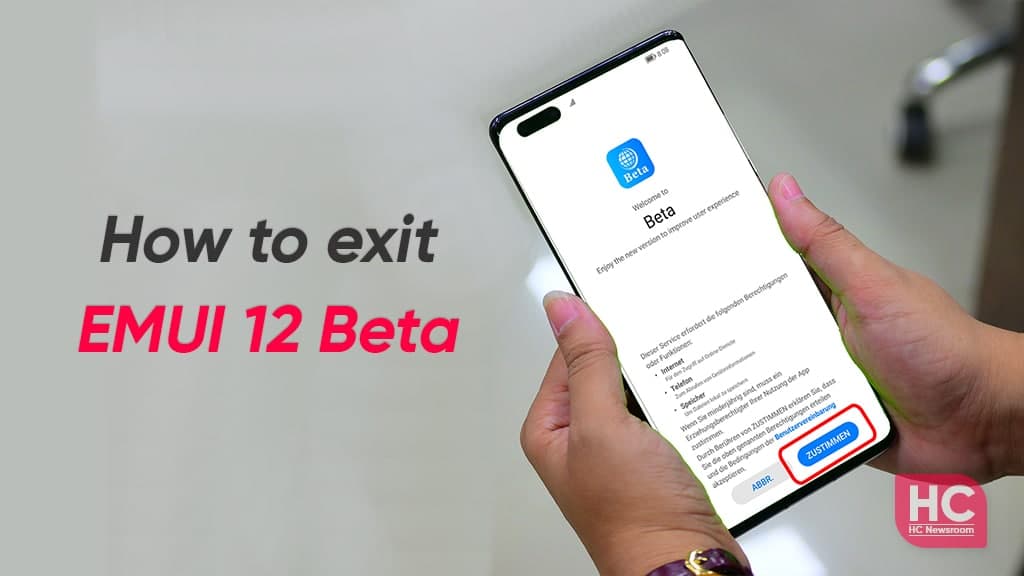 Huawei has finally begun the beta testing for the next major software version, EMUI 12 in the global market. At present, the EMUI 12 beta is open for top flagships including Mate 40, P40, and Mate 30 series smartphones. So, if you are EMUI 12 eligible device owner, you should participate in the software testing program. This beta project allows you to explore the new OS and its feature ahead of stable rollout.

Meanwhile, some users may be worried or thinking about what happened if they don’t like the changes made with EMUI 12 over the existing EMUI 11. Also, you may be unsatisfied with the latest beta rollout.

So, here we’re to show you, how to exit EMUI 12 beta program and get back to your EMUI 11 version with the simple steps mentioned below in the article.

Since the launch of HarmonyOS 2.0, every Huawei user’s eager eye is on this new OS because of its offers. But, currently, it is limited to the Chinese market due to some reasons. On the other hand, global users are still awaited to install HM OS on their devices.

In the meantime, Huawei announced the EMUI 12 inspired by HarmonyOS for global consumers, which gives almost similar experiences to that. Early this month, the Chinese tech maker started the EMUI 12 beta in major markets such as Germany, France, and more.

Note: After you have sent the application to leave, Huawei will process your application within 48 hours. Afterward, you will no longer receive beta notifications.

After you unsubscribe from the project, you can downgrade to the previous version of EMUI via HiSuite. 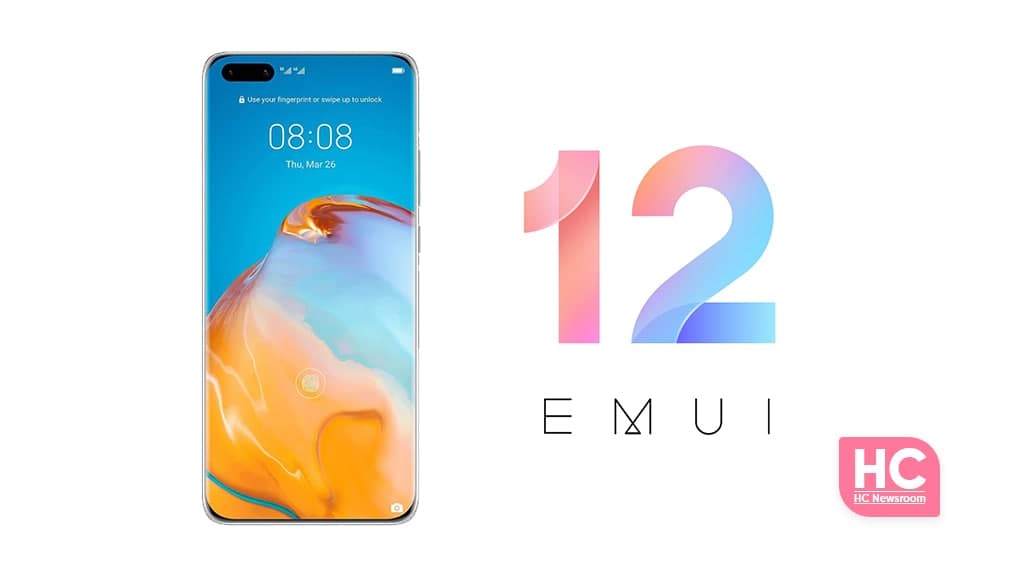 EMUI 12 comes with an enhanced user interface design that reflects the design scheme of the HarmonyOS, new animation, adjust the size and weight of font using the slider, new control panel, notification center, and more.