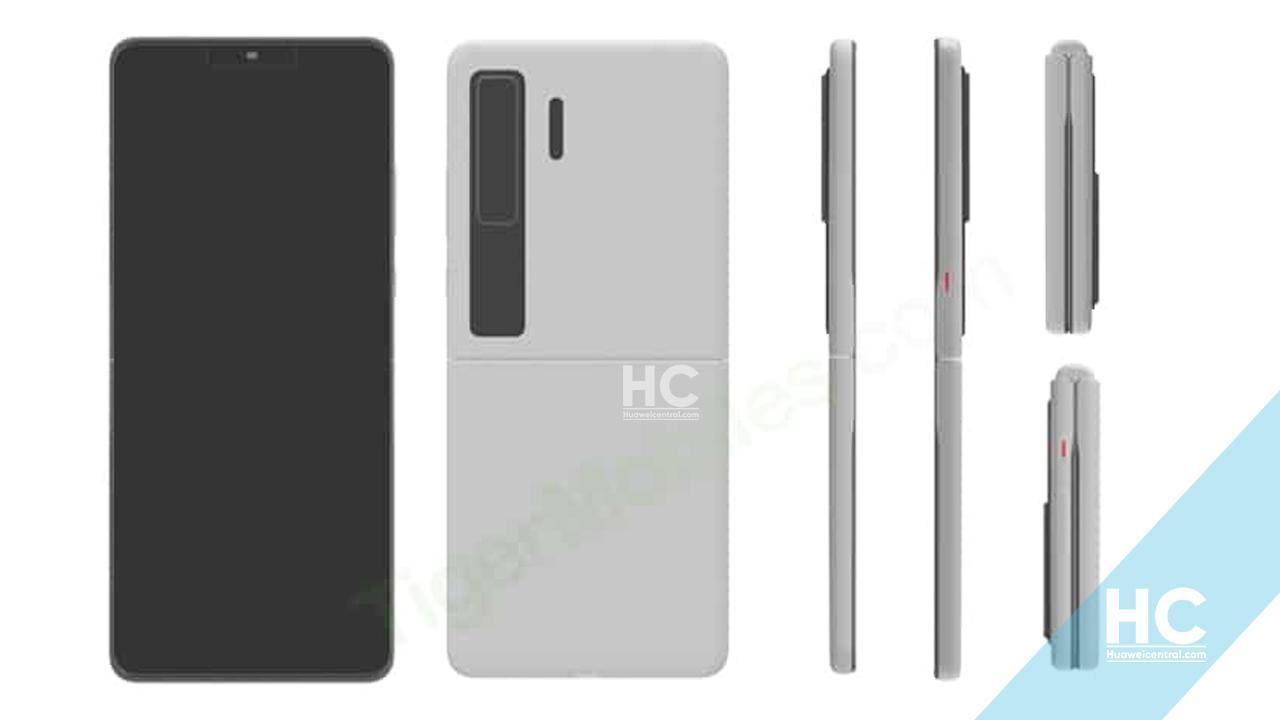 
On August 15, 2019, Huawei has filed a new Clamshell foldable phone design patent with CNIPA (China National Intellectual Property Administration) and it got published on July 7, 2020.

The patent includes some sketches and 3D render of Huawei’s clamshell-type foldable design, which is different than the Huawei Mate X and Xs and folds inwards.

According to the patent, the phone has a foldable full view display with a notch on the top comprising a selfie camera. Notably, the notch is a bit squared compared to regular smartphones. 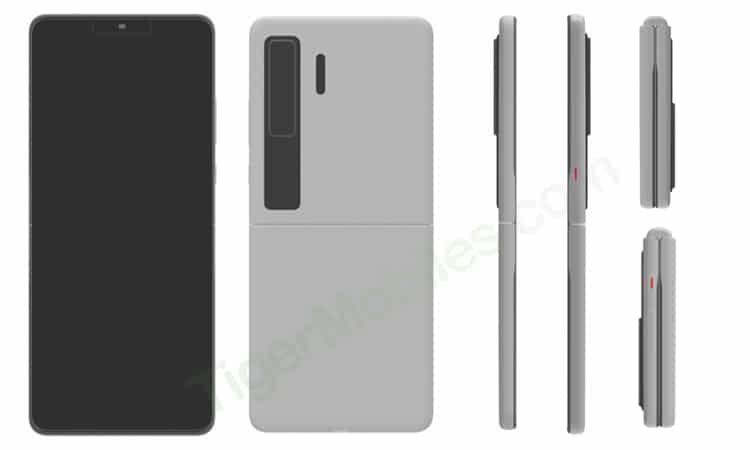 On the right side, it has volume adjustment keys, followed by a red-colored power key. The left side remains blank. Topside seems to feature a headphone jack. The bottom side has a USB Type-C port, a sim-card tray, and a speaker grill.

The camera system has a black stripe that covers the phone’s back from top to bottom in the top part of the phone.

A recent report reveals that Huawei has filed a new trademark for the “Mate V” name and Huawei’s upcoming clamshell phone could be called the Huawei Mate V. However, there’s more information yet come on the matter.

If Huawei planning to release Clamshell foldable phone by 2020, then it may choose to unveil it in late Q3 or Q4 ahead of the launch of Huawei Mate 40 series. 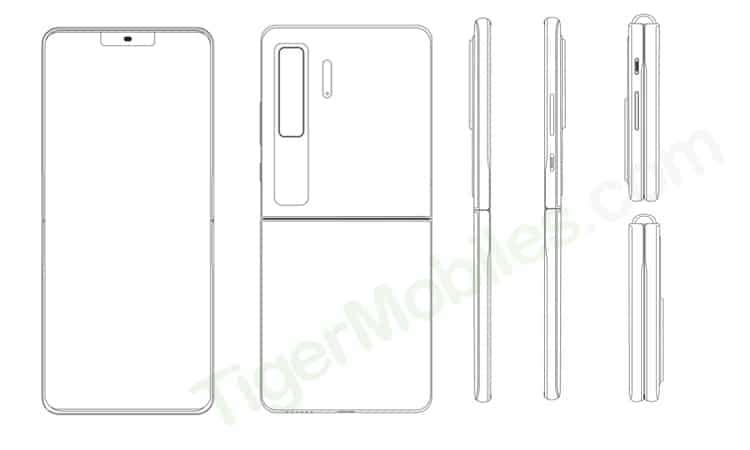 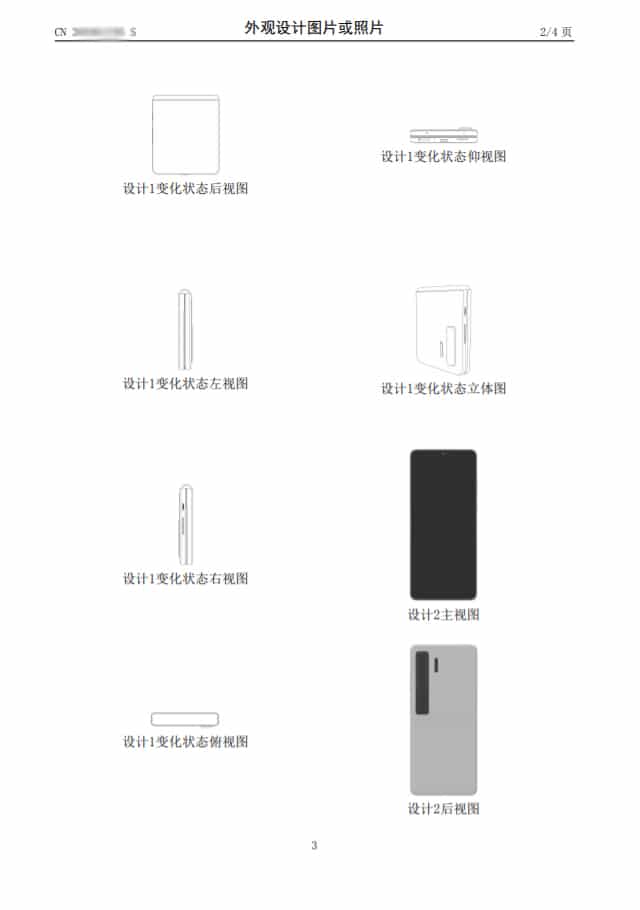 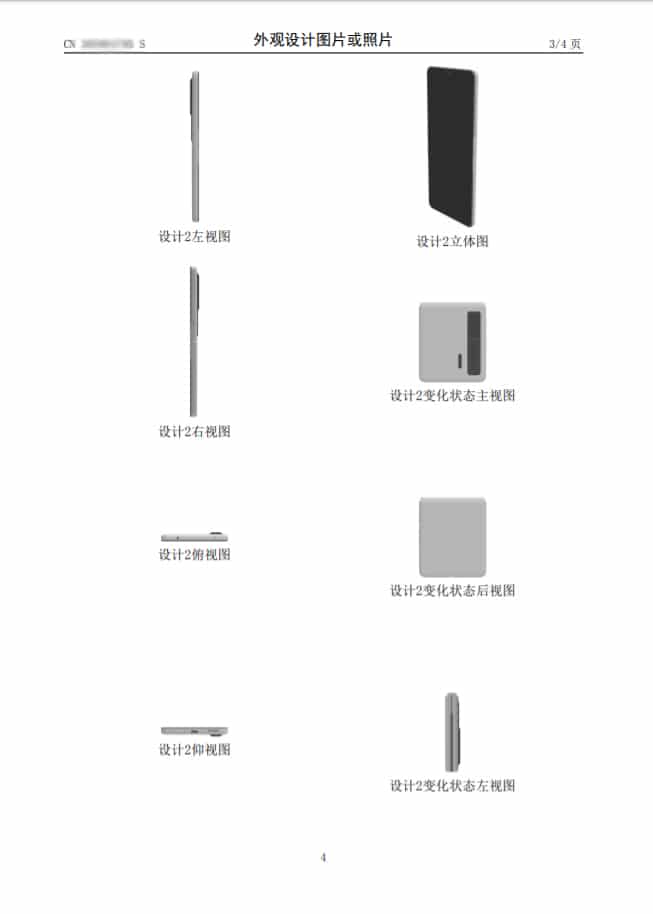