“We would like to inform you that the updates for the device have been stopped due to hardware specifications as the motherboard cannot take more updates hence it is a risk for rolling the updates which may harm your device. We appreciate your understanding and patience.”

We’ll wait for more official confirmation on this matter as the rollout for EMUI 10 goes wide for older devices.

Huawei and Honor launching EMUI 10/Android 10 rollout for several smartphones, yet still, some of the most capable smartphones haven’t got their ticket to the latest version of EMUI.

Recently we’ve gathered some of the replies regarding the EMUI 10 eligibility for some of the Huawei and Honor smartphones mentioned below.

Honor Play comes at the top of this list because it’s equipped with high-end specs including flagship processor Kirin 970 but didn’t make it to the EMUI 10. Check below what Honor has to say about it.

“We understand your interest in EMUI upgrade. Please be informed that we have roll-out our EMUI upgrade plan for all the devices. For Honor Play we will continue to provide regular security updates and necessary update enhancing devices to perform at optimum level. For more details kindly stay tuned to our official pages. We appreciate your cooperation, understanding, and patience” Honor India.

On the other hand, the UK remains optimistic and gave the following replies.

Reply 1: “The release dates for some devices is still to be determined. However, for all the other devices, it should be released around the end of March.” Honor UK.

Reply 2: “is looking like a March release for EMUI 10 for Honor, but we are still waiting for the dates/ devices to be confirmed” Honor UK.

For other smartphones, Huawei has clearly denied their eligibility for Android 10.

“We regret to inform you that EMUI 10.0 / Android 10 will not be available for Honor 9 devices due to hardware limitations as it requires higher hardware specifications for optimal performance. We appreciate your understanding and patience” Honor.

“We regret to inform you that EMUI 10.0 / Android 10 will not be available for your device due to hardware limitations as it requires higher hardware specifications for optimal performance“ Huawei.

Question: What do you think of these replies and which devices do you have that didn’t receive the EMUI 10? Let us know in the comments. 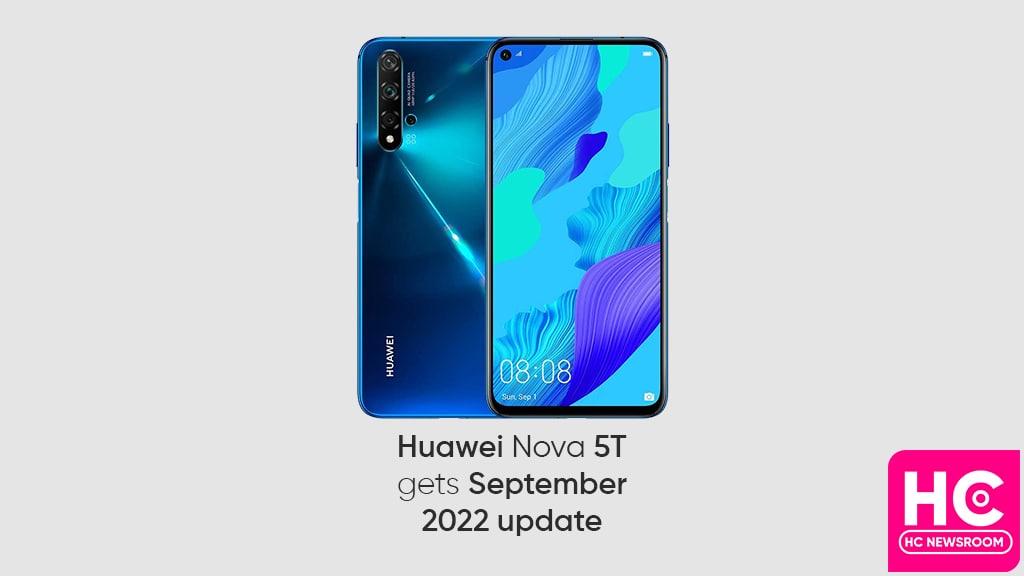 Huawei Nova 5T is finally getting September 2022 security update in the global market. This update is already in action for devices such as Mate 40 Pro, Mate 30 Pro, and P40 series. In addition, there are a bunch of other phones that are effective with the latest security patches.

Meanwhile, we’ve entered October and Huawei is approaching the next EMUI upgrade. However, we’re still unaware of the release date. However, there’s a lot that we can expect from this new EMUI software, once it appears on the schedule.

The September 2022 update for Huawei Nova 5T comes with EMUI version 12.0.0.258 and you may have to download an OTA package that weighs around 200Mb. To be mentioned, the changelog of this software doesn’t contain any other changes in the features.

Huawei Nova 5T shipped with EMUI 9.1, later upgraded with EMUI 10.0, 10.1, and 11 and now it runs EMUI 12. The phone continues to receive new firmware versions to improve its performance and user experience.

Huawei conducts such rollout in batches and we recommend you to wait as the firmware may take some time to reach your device. On the other hand, you have the option to grab this software via the following instructions.

Open the Settings menu, and from here tap on ‘System & updates” now tap on Software updates. Thereafter, the Nova 5T will try to get the latest software update. Furthermore, you can also seek to upgrade your phone via the My Huawei app.

You can install this software update safely by maintaining sufficient battery levels on your phone, also storage to store the update package. Once downloaded, the OTA package will be deleted automatically.

If you are unaware of security patches, these patches are distributed by Huawei and Android for EMUI devices and improve the overall ability of smartphones to fight against viruses and threats for your smartphone. 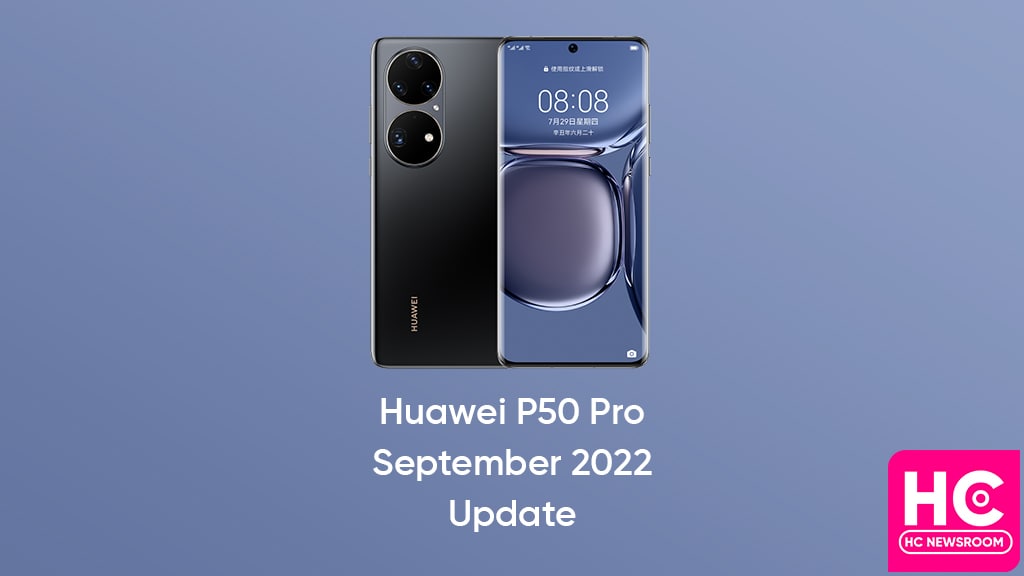 Huawei is rolling out a new software update for the P50 Pro smartphone that comes with September 2022 EMUI security patch. These software updates are essential for your flagship such as P50 Pro. It’s an initial rollout phase and Huawei has already released this software to various models.

As reported by Huaweiblog, Huawei P50 Pro users can download the September 2022 EMUI security update with firmware version 12.0.1.274. To be mentioned, this software OTA package will size at 359 megabytes but it could change in the change of regions and markets.

In case you want to update your phone, you just need to visit Settings > from here tap on System & updates > that’s how you can reach the Software update section. Once processed, your phone will connect to Huawei service and fetch the latest firmware for your device.

On the other hand, you note some precautionary measures to get the update installed as safely as possible.

Your personal data won’t be deleted while installing the software update. The downloaded update package will be deleted once the update is installed.

The Huawei P50 Pro comes with pre-installed EMUI 12 software. On the other hand, the Chinese version of the P50 Pro comes with a pre-loaded HarmonyOS 2 operating system. EMUI shares the same set of features, you won’t feel the difference between these two siblings.

Are you excited about Huawei EMUI 13? 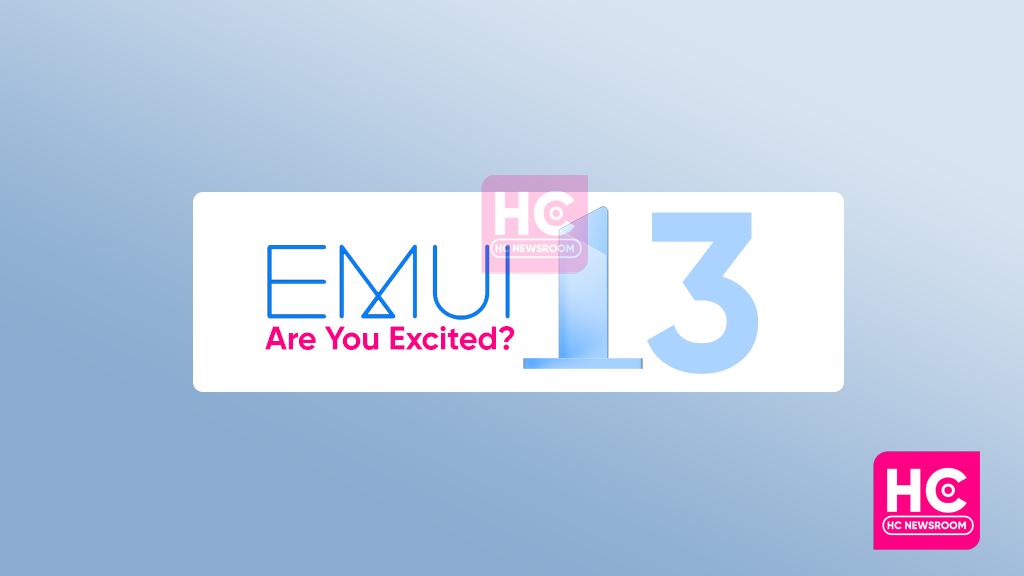 The Huawei EMUI 12 user interface is very similar to HarmonyOS 2. Does it mean that the upcoming EMUI 13 will be an HarmonyOS 3 copy? Yes, probably because EMUI has already carried out so many features in version 12.

After having confirmation about EMUI 13 for the global Huawei smartphone market, it now has created hassle and vessel in the consumer’s mind about what’s new Huawei serving to the users after HarmonyOS 3.

Will EMUI 13 bring similar features to the HarmonyOS 3 or it’s going to plan something more innovative for Huawei users? The users are curious and excited to know about what happened next with Huawei EMUI 13.

Are you excited about the Huawei EMUI 13 in terms of software features? The expectations are high for EMUI 13 to admit with HarmonyOS 3 similar features to some extent.

Those who are not aware of the HarmonyOS 3 feature can check below:

Smart life in all scenarios:

let’s see over these how many features thus EMUI 13 adopts from the HarmonyOS 3. It is also true, though, that since both EMUI and HarmonyOS are under Huawei’s ownership, they are identical to one another.

Meanwhile, there are some expected features that EMUI should bring for the users, you can check them:

A system-level theme called “dark mode” enables a dark color scheme throughout the entire user interface. By using this feature, you can operate the relevant gadget more comfortably while working in low light.

The feature has undergone numerous modifications since it was introduced in EMUI 10 and is currently much more than just a black user interface. However, scheduling for dark mode is a significant adjustment that is needed for this feature. 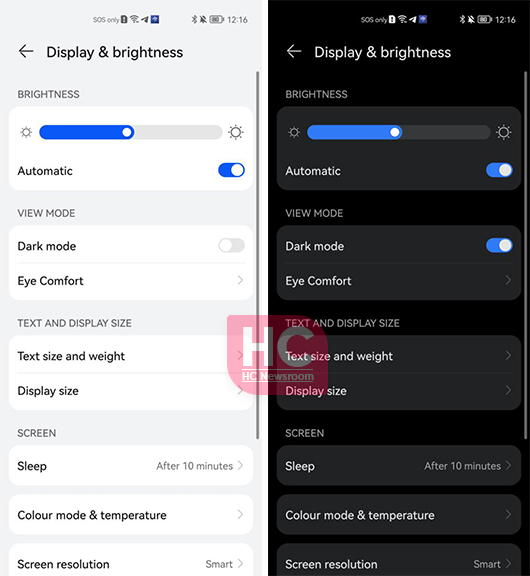 Large folders in EMUI 12 currently enable a 3 x 3 (row and column) layout but Huawei included more layout choices in HarmonyOS 3.0 that we hope to see in EMUI 13. As EMUI 13 could adopt this new functionality as well.

A brand-new idea called Large Folder lets you control the home screen apps on your phone. When we already have app folders, why do we need large folders? A Large folder is not a typical folder characteristic, though. 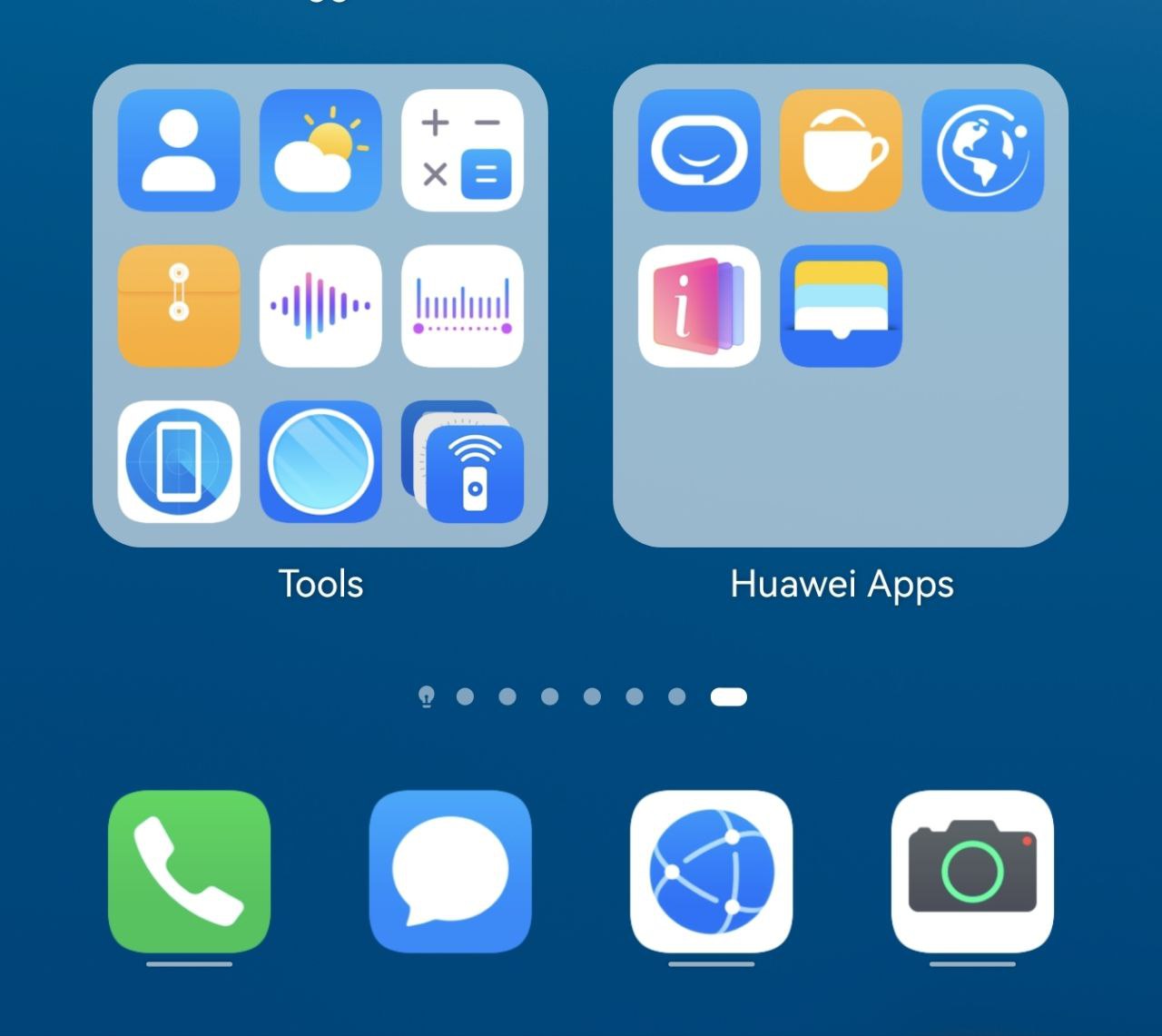 Huawei HarmonyOS 3 app snippet feature makes it easy to navigate through an app’s key features. When using app snippets, you must swipe up on the app icon. The program will then respond with a popup window and a number of choices.

Each app will offer a variety of relevant possibilities. The camera app, for instance, will display photo, video, portrait, and selfie options. 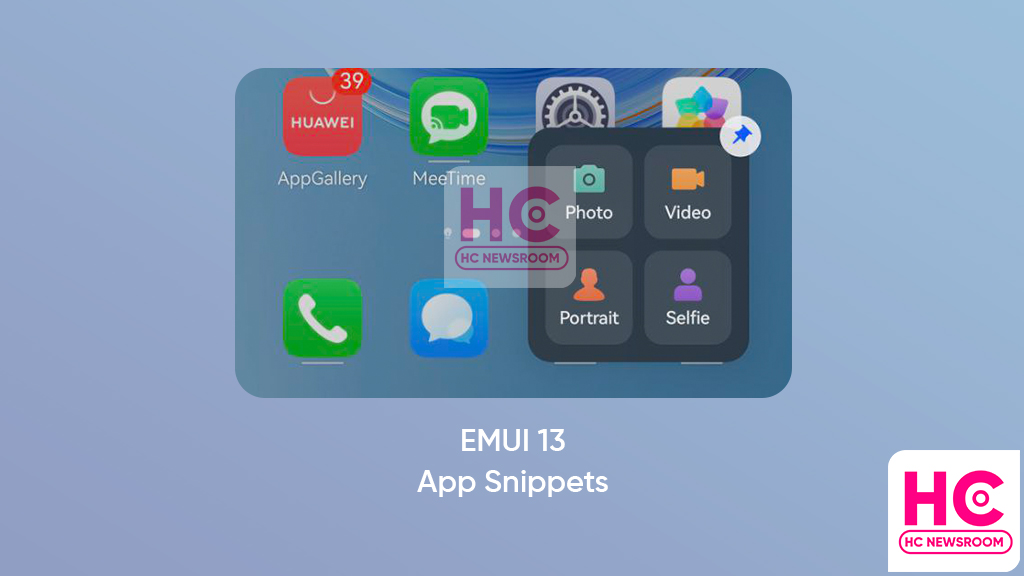 Well, What’s your expected feature with EMUI 13 to bring, just share your thought without:

Are you excited about EMUI 13? #Huawei