The stable EMUI 9.1 update based on Android 9 Pie is now rolling out to Huawei P20 and P20 Pro smartphones. You can check How to download and install EMUI 9.1.

The EMUI 9.1 update comes with a number of important improvements over EMUI 9.0 – the software offers faster read speeds, frees up more storage and has a number of useful features such as GPU Turbo 3.0 that improve mobile gaming performance.

The EMUI 9.1 comes with many useful features. Let’s talk about them – Here are all the features coming with EMUI 9.1 update to Huawei P20 series:

In the EROFS file system, the random read performance of the mobile phone is increased by 20% on average, the application startup speed is faster, and the system ROM space is saved by 2 GB. In addition, it can avoid inefficient memory reading data repeatedly, decompressing the whole machine jam caused by data.

The EROFS design is a read-only design, system partitions will not be rewritten by third parties, security can be assured.

In fact, this is not the first time Huawei has applied to the bottom of the system. In the EMUI 5.0 era, Huawei adopted the F2FS file system for Android’s user partition (equivalent to the computer’s D drive), replacing the traditional EXT4 file system, in order to improve the read and write performance of the flash memory after long-term use and improve the file access fluency. 20%.

In addition to the EROFS file system, Huawei also launched its own Ark compiler to improve system fluency.

According to the test data of Huawei Lab, EMUI 9.1 applied the Huawei Ark compiler to the system component System Server, the system operation fluency increased by 24%, and the system response performance increased by 44%. The fluency of third-party applications after recompilation is expected to increase by 60%.

However, to achieve such an improvement, developers need to use the Ark compiler for development. At present, the Huawei Ark compiler has been open sourced to the industry.

In addition to system-level improvements, EMUI 9.1 redesigned the system UI. This version focuses more on natural minimalism and streamlines and merges many complex options.

For example, wallpapers, themes, and icons use a micro-realistic style to further beautify, while the number of default horizontal icons has been reduced from five to four.

With the increase in experience, some complex options for system splitting are no longer necessary. EMUI 9.1 is based on merging and deleting processing.

For example, the alarm setting interface, the silent mode alarm is turned on by default, so that the date and time are not repeated. Other operations such as desktop settings, weather settings, time switch, cell phone housekeeper, and do not disturb have been handled similarly.

In addition, EMUI 9.1 reduces unnecessary interruptions to users. Before the version of EMUI 9.1, the screen will count down before the screen is recorded, which makes it impossible to capture the picture accurately. EMUI 9.1 does not have a pop-up window to directly record the screen, giving users a better experience.

GPU Turbo 3.0 is a new upgrade that covers 25 of the most popular games. This new update includes reducing SoC power consumption by 10% and optimizing the underlying system performance to provide a continuous gaming experience. It now supports AI image adjustment to make visual enjoyment even further.

A simple tap from your phone to the computer can send pictures, videos, and documents in seconds. You can also efficiently copy and paste between devices with Huawei Share OneHop.

And, while playing a game, just shake and touch the phone to your computer to initiate a 60-second recording of the screen that saves to your phone.

EMUI 9.1 turns your phone into an ultimate workout partner. Use your phone to connect to a treadmill and collect information like calories burned, running speed and length of the workout.

The phone can also use an algorithm to intelligently measure the step vibrations, so you can accomplish your personal fitness goals.

It has new features and effects that are perfect tools for easy editing and you can share with one-click. The Highlight videos are automatically edited with dramatic filters and give you the option to apply special speed effects and unique background music. Your cherished videos can be transformed into a personal cinematic masterpiece.

What is EMUI 9.1? List of new features, and compatible devices [Updated] 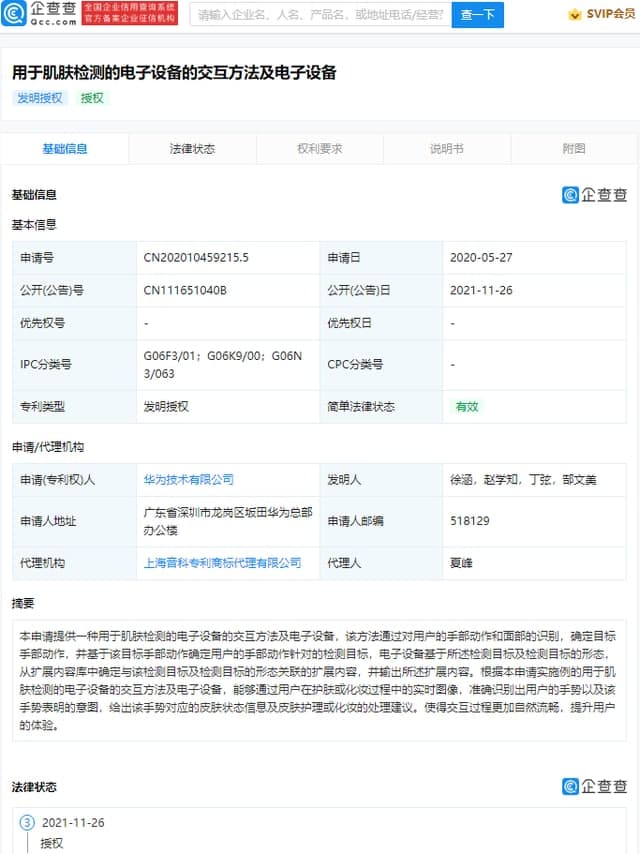 On November 26, Huawei has published a new patent entitled with a vehicle positioning method and device in China. According to the information, the Chinese tech maker has filed this patent back in April 2020 according to the China Intellectual Property database.

Huawei has publically announced this patent with announcement number CN113701738A in China. So far, the company has secured lots of methods and techniques in form of patents related to the field of automobiles and for future use. 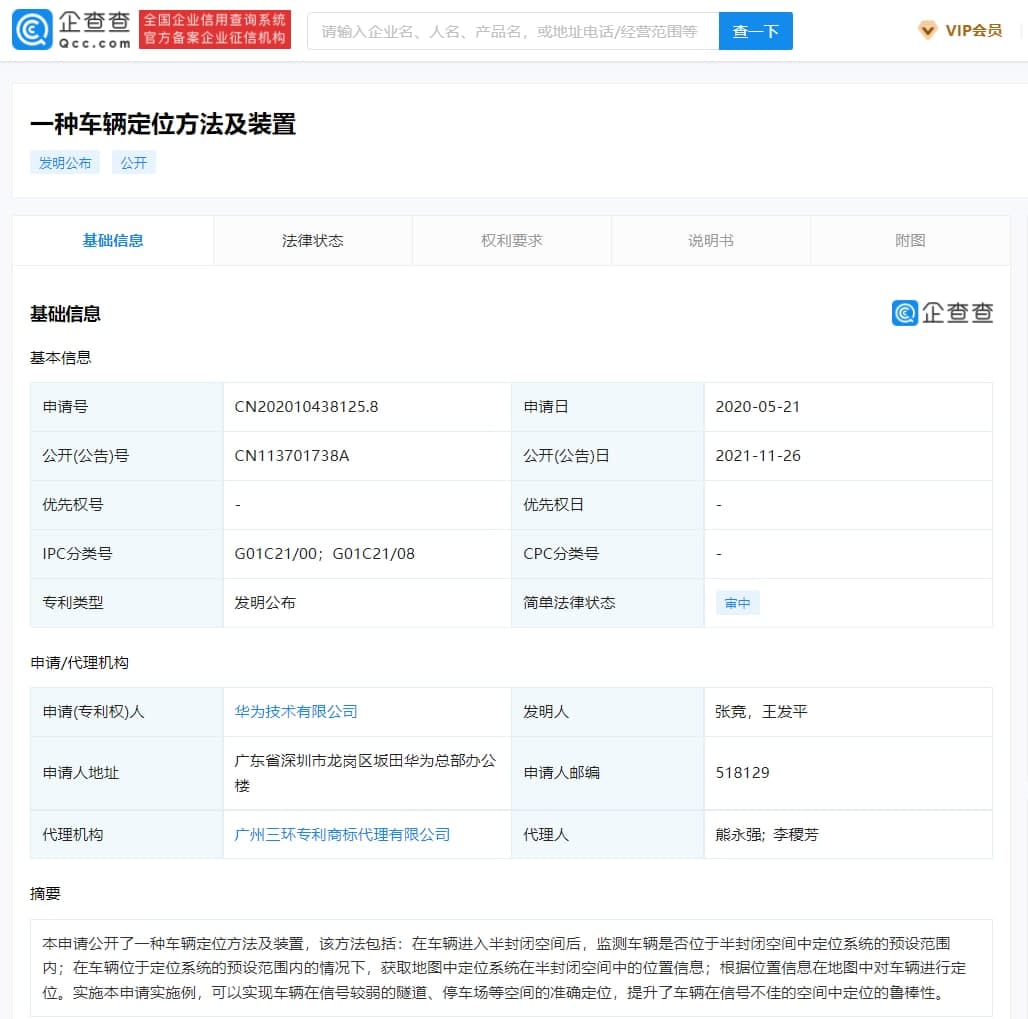 Locate the vehicle on the map according to the location information and implement the embodiments of this application can realize accurate positioning of vehicles in tunnels, parking lots, and other spaces with weak signals, and improve the robustness of vehicle positioning in spaces with poor signals.

Previously, Huawei patents in the field of automobile technology includes a method for upgrading onboard equipment and related devices, methods, and devices for predicting vehicle exits, and method and device of pedal characteristics, and more. 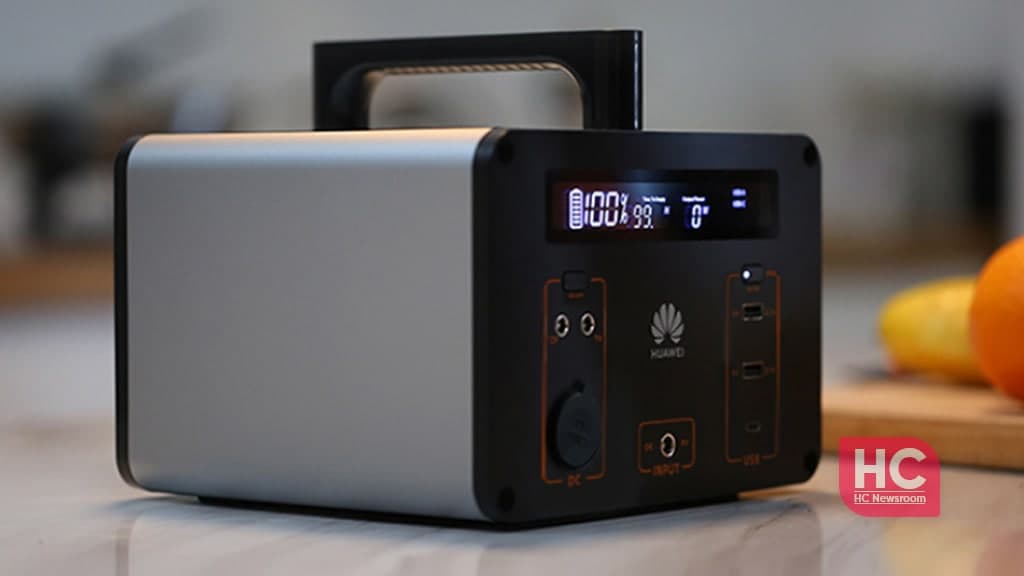 Huawei has recently released a new outdoor power bank that comes in two monstrous power supply versions – 500Wh and 1000Wh and is priced at 2450 and 4550 yuan respectively. According to the information, this new monster Huawei power bank is available to pre-sale the above-mentioned prices.

The JD.com listing of the Huawei power bank reveals that the pre-sale will be free of cost and there will be some gift items such as -battery storage bag + an outdoor flashlight that will be given to consumers (worth 299 yuan). 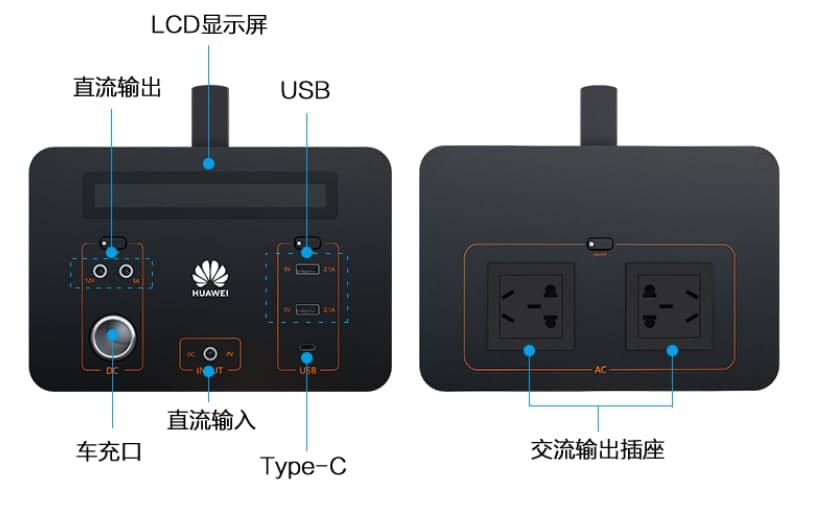 There are Two 220V AC output sockets, and the Type-C interface supports PD3.0 peak 60W fast charging, which can recharge digital devices such as notebooks and smartphones without a charging adapter.

There’s more, Huawei’s outdoor power supply comes with a fanless design and an aluminum alloy shell for heat dissipation, which is quiet and undisturbed. It has a small size and lightweight design that is easy to carry and go.

You can check more specifications about Huawei 220V/1000Wh Power Bank below, and check the product details (JD). 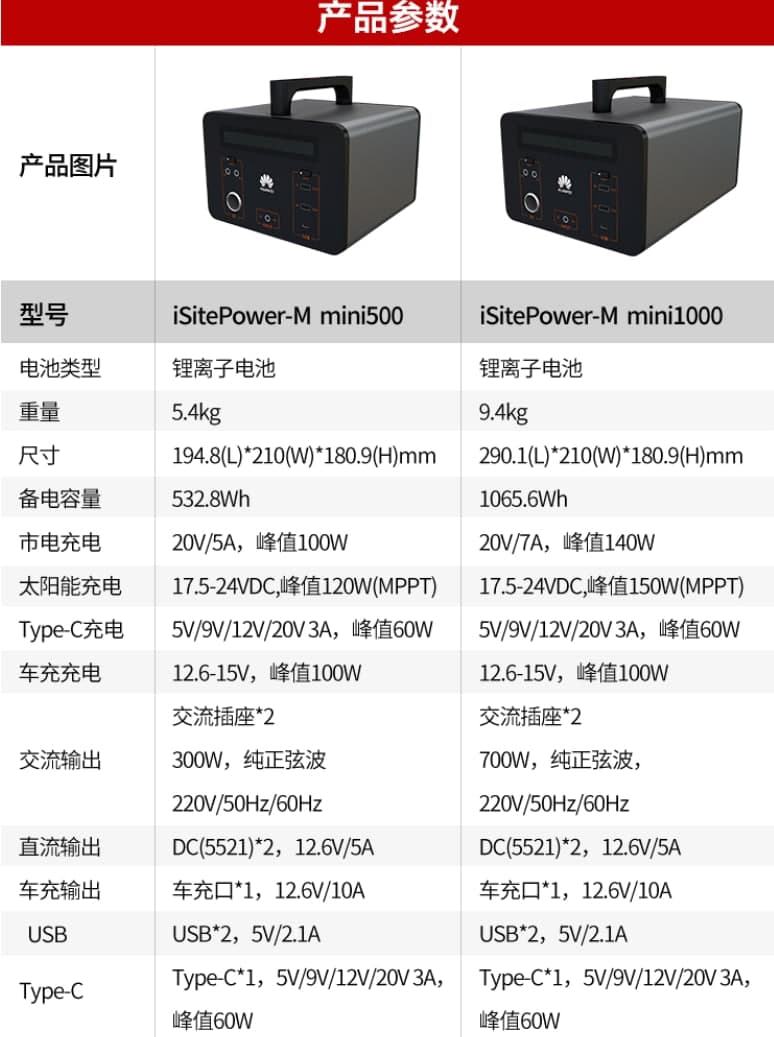