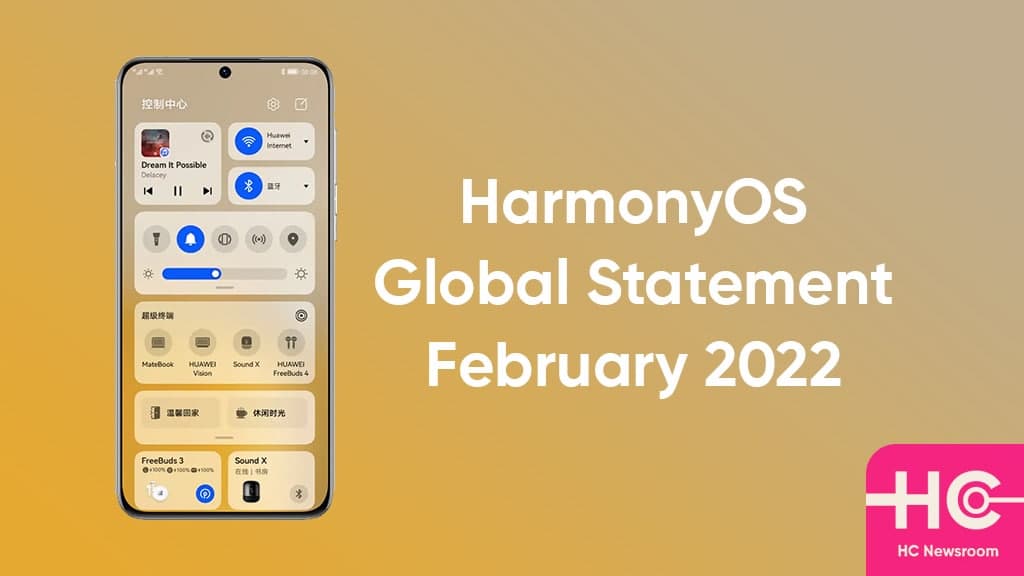 Developed by Huawei, HarmonyOS operating system is solely available for Chinese consumers but its global launch is still awaited by the consumers. However, a new statement has now been dropped regarding the HarmonyOS for global smartphone users.

During a consumer electronics meeting on Thursday, Huawei Turkey Press and Public Relations Manager Kaam Arli a statement on HarmonyOS global launch. The official told that Huawei thinks that it’s too early for Huawei to launch HarmonyOS for smartphones in the global market but the company is offering the HarmonyOS experience with EMUI 12.

The statement is a clear sign that Huawei wants to stick with EMUI for the global market instead of jumping right on the HarmonyOS software. However, we must understand that HarmonyOS lacks an app ecosystem that could create major issues, there are a few global developers who have joined the HarmonyOS ecosystem.

It was reported that Huawei will bring HarmonyOS operating system for global consumers in 2022. The report mentioned that the OS will launch with Huawei Mate 50 devices but Huawei soon revealed that Huawei will not launch any such software for the global smartphone users.

“Currently, there is no plan for smartphones outside China to upgrade to HarmonyOS, but users can also enjoy HarmonyOS 2 and its ground-breaking user experience on the recently launched Huawei tablets, Huawei Vision, and smartwatches.” Huawei.

HarmonyOS is a cross-device multi-kernel operating system design for various device platforms with shared features including seamless connectivity among platforms. In 2019, Huawei unveiled this software first for smart TVs.

At Huawei Developer Conference (HDC) 2020, the Chinese tech maker introduced this OS for more platforms including smartphones, tablets, smartwatches, and other important platforms such as IoT.

Aside from Huawei devices, the 300 million HarmonyOS devices mark is greatly contributed by the Chinese hardware and component makers that inherited the operating system and its IoT powers with HarmonyOS Connect.