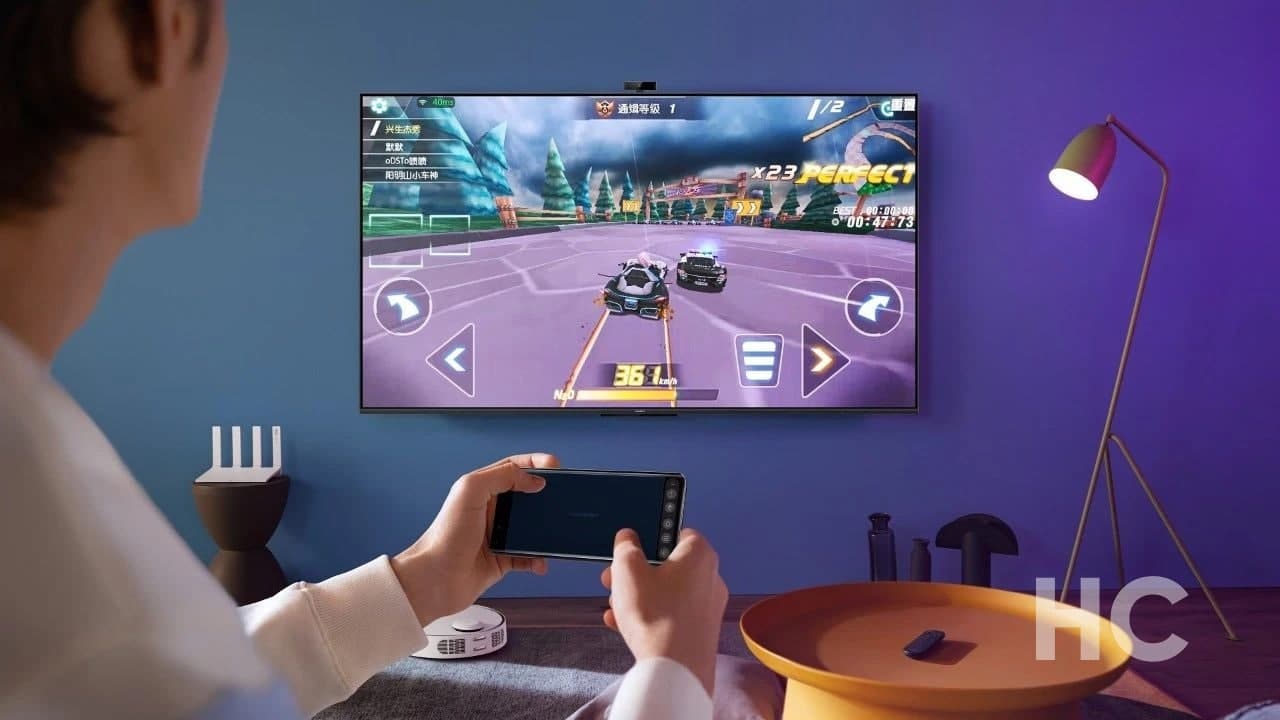 HarmonyOS build upon the foundation of distributed technology that enables the software to establish cross-device connections and provide a seamless user experience. In 2021, Huawei aimed to install HarmonyOS in over 300-400 million devices, these include various smart products such as smartphones, in-car systems, IoT devices as well as home appliances.

The power of distributed technology gives power to the user to manage its interconnected devices and manage them through a single smartphone, without even tapping the screen.

This feature is receiving a good response from the consumers of these new smart screens and it seems that Huawei has some big plans to expand the distributed games platform to more devices in the future.

What is HarmonyOS Distributed Games?

HarmonyOS Distributed Games is a key feature of the Huawei smart screen. By using the distributed capabilities, the smartphone’s gyroscope and touch capabilities are used to control the game on the smart screen with a delay of as low as 30 milliseconds.

For example, operations such as changing the direction and turning a vehicle into racing games can be done using a smartphone’s gyroscope and the virtual buttons on the smartphones can work for button oriented games.

Simply put, the HarmonyOS Distributed Games allows games to run on smart screens and mobile to work as a gamepad.

Playing games on a large screen means excellent graphics and visual effects that increase the gaming experience. On the other hand, mobile devices have a limited screen size, which cannot be compared to PCs and consoles.

But playing a game on a large screen comes with some challenges including a suitable controller.

Instead of the traditional keyboard, mouse, and joystick can you use your smartphone to control the game running on your smart TV? Guess we now can and there’s no need for you to purchase a new controller.

With the launch of Huawei Smart Screen X65, the company introduced screen mirroring technology to project the screen mirror of the smart screen to the side of the mobile phone, and then users can control the large screen through mobile phone operations.

So it is possible to use the smartphone to work as a controller and display the visual on the large screen while playing games.

However, this feature has two disadvantages:

There’s no feedback on teh buttons on the side of the phone. While using the virtual controls, users don’t know where his finger is interacting with the on-screen controls, which doesn’t create a real touch screen experience as smartphones.

2. Only touch system can be used:

Compared to the physical controllers of PlayStation, Xbox, and other gaming consoles, this virtual control seems more simple and makes users feel boring.

Therefore, the challenge is to create a more friendly and interactive controlling experience for the users that work with large screens.

The making of HarmonyOS Distributed Games:

After the start of the development of this technology, Huawei engineers come up with a set of theoretical models. These models result that by adopting the most realistic hand positions on the virtual button can be used to provide a stronger sense of interaction.

If the finger touch shape can be displayed on the large screen the user’s touch inputs for large screen games will definitely be greatly improved.

Compared with a built-in display, the virtual pressing of the fingerprint on the large screen and its response can create a more realistic effect and make the user feel more interactive with the game.

In September last year, the R&D team set the goal and set the final launch time for the smart screen S series to be launched in December. Therefore, there is only three months left for development. Excluding the safety inspection and other processes, there is only real development time left. Next month.

The first technical issue is to send the touch inputs obtained by the smartphone to the large screen. Initially, many different operation methods have been tried but they didn’t work.

Eventually, the engineers thought of establishing the connection between the smartphone and the smart screen while being connected on the same network and transmit the touch events between both devices.

In order to make the rendering effect of the finger more realistic, the R&D team conducted a large number of actual control tests, and studied the shape of the finger-clicking on different areas during the interaction through video recording, and developed a set that only needs to be based on the user’s click position. The inverse generation of the algorithm of the finger shape position can be calculated. 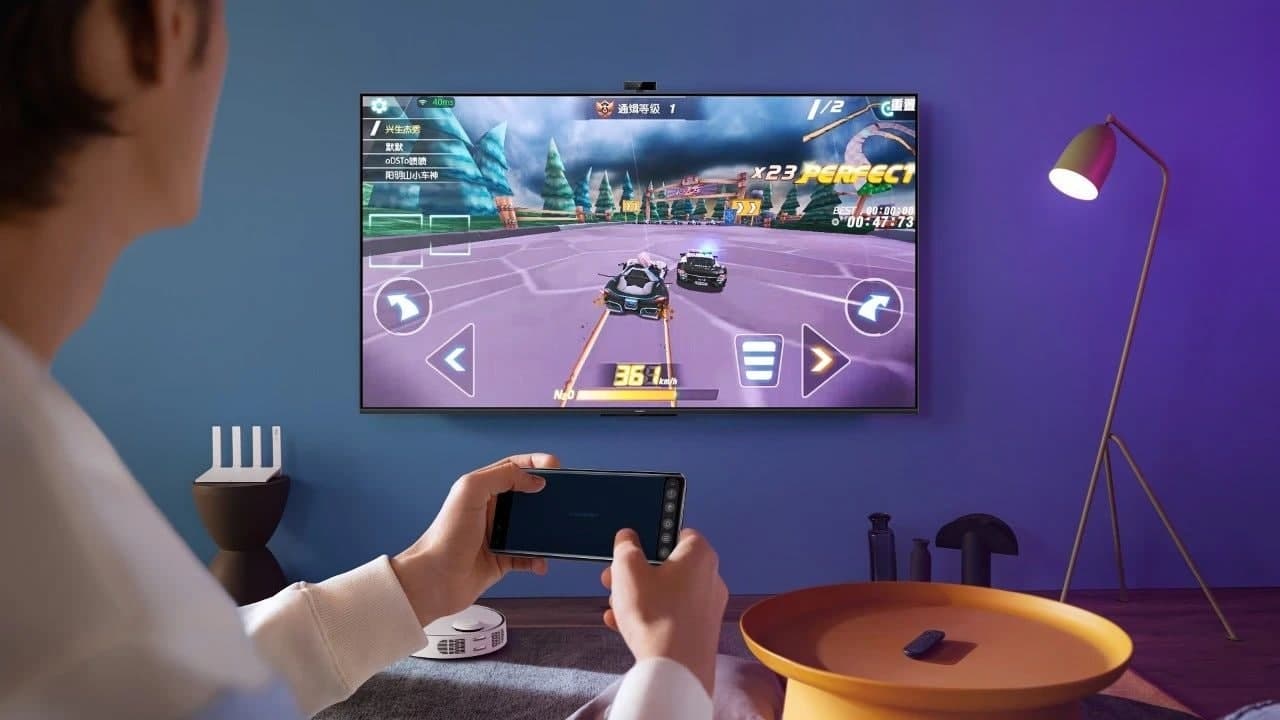 In addition, there is a new problem, that is, in the actual game operation experience, if you tap the screen quickly, your finger will keep flickering, which seriously affects the user experience.

To this end, the development team has added finger shadowing technology, that is, the finger will gradually disappear when it is lifted, and the whole finger will be smoother from pressing to lifting, which improves the sliding feeling of the overall display and enhances the user experience.

The development team also selected hundreds of finger graphics, each of which received feedback from the R&D team, the visual team, and many “experience officers” to optimize the display effect on the large screen.

Currently, the Distributed Games such as “Let’s Speed ​​Together” and “Need for Crazy Racing” have been officially launched on Huawei’s smart screen application market in China, and more games will be launched in the future. 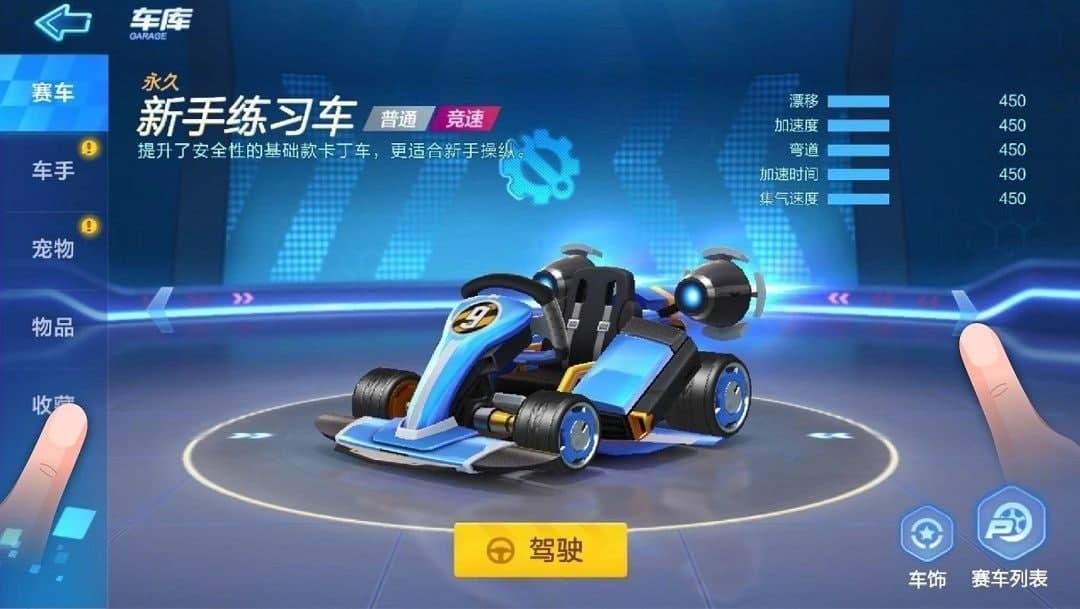