The journey of HarmonyOS is quite exciting and much anticipated for Huawei fans. Before HarmonyOS 2.0 rollout for general consumers, the new changes, animations, and additional features are cracking up through beta updates and the testers’ experience.

It was tested that the HarmonyOS 2.0 mobile ecosystem weighs lighter than Android-based EMUI 11 while keeping the memory usage at the lowest and it is surely a piece of good news for low-memory Huawei smartphone users.

According to the previous comparison videos and extracted information, the opening speed and the overall response time of the HarmonyOS 2.0 system observed slightly faster than EMUI 11. During tests, some applications will have new functions of the “Internet of Everything”.

Now, a digital blogger from Weibo – Technology du discloses one of the major information regarding the app size. He mentioned the application developed for the HarmonyOS system doesn’t only have a small download size but also consumes less memory allocation as compared to EMUI 11.

The tipster also shared a screenshot, which shows the HarmonyOS version of the Sina News (left) and CCTV News (right) apps. Surprisingly, these apps only take 229KB and 2.07MB of space respectively in the storage once installed by the users. 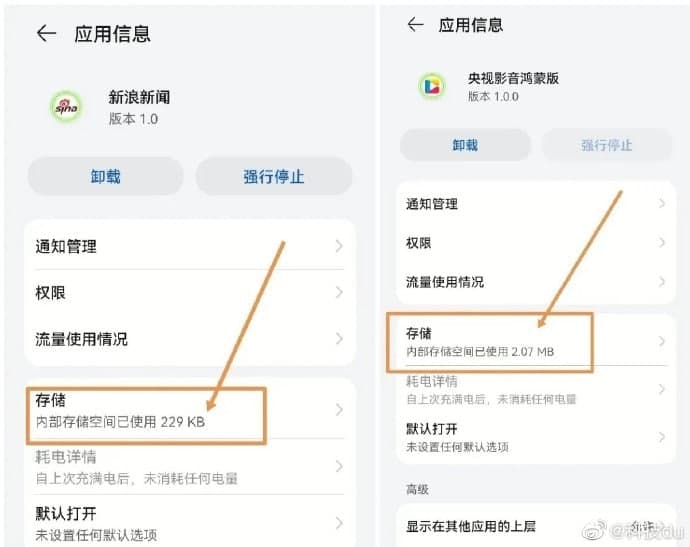 Other than HarmonyOS configured apps, HarmonyOS and its application will compatible to work with Android-supported software and hardware configuration devices. For the development HarmonyOS app, the company already has its own IDE, Huawei DevEco Studio.

After the official debut of HamronyOS and further improvements, the user’s experience will definitely raised to the next level and beat Android and iOS in the future. 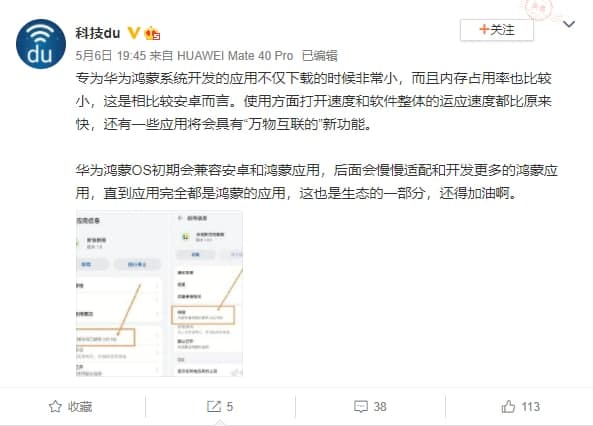