The latest data from Counterpoint Research reveals – Apple is in the lead globally with a 51% market share, with Samsung coming in second with a 22% market share. Huawei is third with a 10% market share, followed by OPPO with a 6% share, and OnePlus with a modest 2% share.

Overall, Chinese companies have scaled up their presence in the premium smartphone segment and have expanded the category. Further, they are now eyeing new geographies for growth.

7 reasons why you should buy Huawei P30 Pro

Apple remained the market leader capturing 51% share of the premium segment, a significant lead over its nearest competitor Samsung which had a 22% share.

However, Chinese brands made their mark as Huawei’s share in the segment reached double digits (10%) for the first time in a calendar year. OPPO (+863%), OnePlus (+209%), and Xiaomi (+149%) were the fastest growing brands in the premium segment.

An indication of the increasing competition in the segment is highlighted by the fact that close to 40 OEMs now compete in the premium segment globally.

Of these, the top five players account for almost 90% of shipments. The premium segment contributed to one-fourth (22%) of the global smartphone shipments in 2018.

Huawei’s strong performance was primarily due to the success of the Huawei P20 and Huawei Mate 20 series, which focussed on camera, power, and design as key differentiating features. It also gained share in the premium segment in China and Europe.

In terms of countries, China and the US alone contributed to more than half of the global premium market shipments. China’s premium segment grew 37% YoY while the US grew 10% YoY. 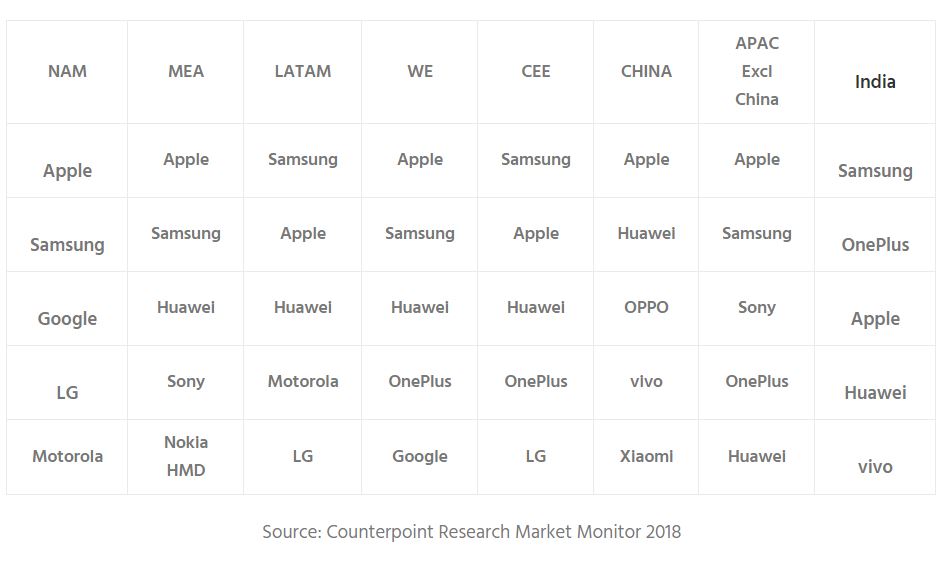 VLC is once again available to download on Huawei phones