EMUI 9.1 comes with Huawei’s best user interface and features changes. Although, we’ve already seen quite of its features in recent times but now we’ll be going wrap up the whole EMUI 9.1 section and will bring all of them in details below.

EMUI 9.1 comes with a new micro-realistic UI element that runs and supported by the entire UX design that results in a faster, simpler and smoother user interface.

EMUI 9.1′ home screen layout allows users to put 4 app shortcuts in a row and increased the distance between icons to reduce the chances for accidental launches of other apps. Although this layout change doesn’t affect flat screen phones but it does in flagship phones with a curved screen and larger touch space.

In EMUI 9.0, third-party apps are shaped with round icons and systems app with a rectangular shape, which looks bizarre.

The EMUI 9.1 has brought equality to all of these Icon presentations and now whether it’s a system app or a third-party installation, all of the app icons are shaped as a round-edged rectangle and has a more flat design. Furthermore, screen transitions are now much smoother than before.

According to Huawei, Ark compiler can improve Android system performance by 24%, response speed by 44%, and the smoothness of the third-party application up to 60%.

Huawei also has its own big ground in its network equipment field that encouraged it to add “Dual Card Smart Switching“, with this feature activated, the phone actually switches the to secondary card, when the first card didn’t have enough good network, and during the call it doesn’t affect the quality or internet access of the phone. Which could be a very useful feature for people who often travel across different places.

Note: This feature may not be available outside China but introduced alongside EMUI 9.1.

In order to live up to the expectations of the users, GPU Turbo 3.0 will also cover more mainstream games with EMUI version 9.1, adding support for more than 50 games, and allowing more games to the mobile users that can allow users to fully enjoy the ultimate gaming experience brought by high frame rate, high graphics quality, and long battery life.

In addition to P30 series’ redefinition of the photo rules, Huawei also introduces a feature that can turn the phone into a Car Key, a function that allows drivers of certain Audi vehicles, including the new E-Tron electric crossover, to leave their traditional keys at home.

With Huawei OneHop, a simple tap from your phone to the computer can send pictures, videos, and documents in seconds. You can also efficiently copy and paste between devices with HUAWEI Share OneHop. And, while playing a game, just shake and touch the phone to your computer to initiate a 60-second recording of the screen that saves to your phone.

When you need a quick measurement tool for simple DIY projects, just open the AR Measure App. You can accurately measure length, total area and volume with the HUAWEI TOF Camera. By utilizing the Face Recognition technology, you can now measure the height of a person with just a simple task of scanning from toe-to-head.

Huawei Highlights now comes with new features and effects that are perfect tools for easy editing and you can share with one-click. The Highlight videos are automatically edited with dramatic filters and give you the option to apply special speed effects and unique background music.

This feature allows you to connect your phone to a treadmill and collect information like calories burned, running speed and length of the workout.

EMUI 9.1: Three new AI features that you should know about

Is your phone overheats during EMUI updates? Here are the top suggestions 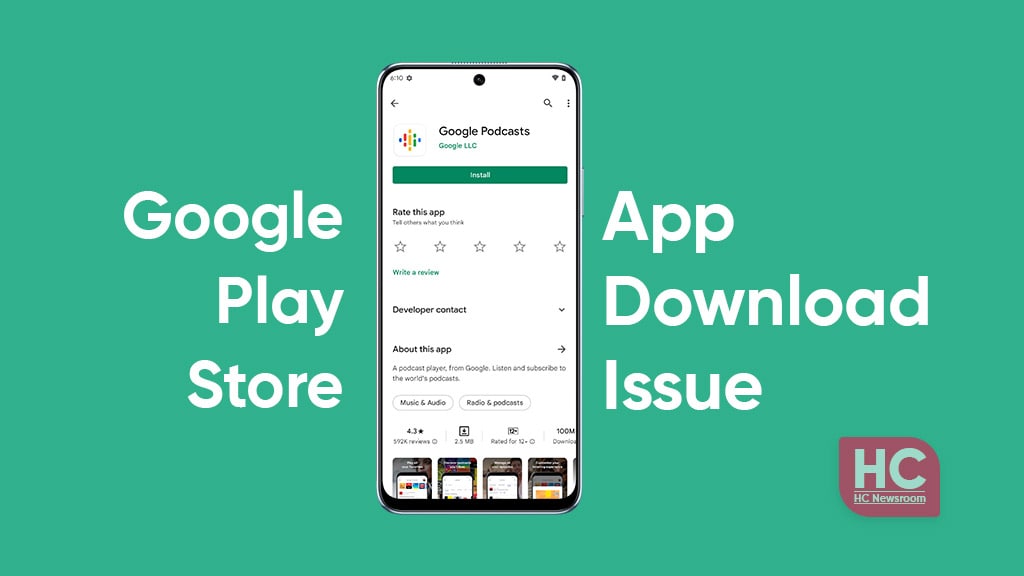 These Google Play Store app download issues could be in the following scenarios.

Below you can check all of the troubleshooting steps for your Android device. 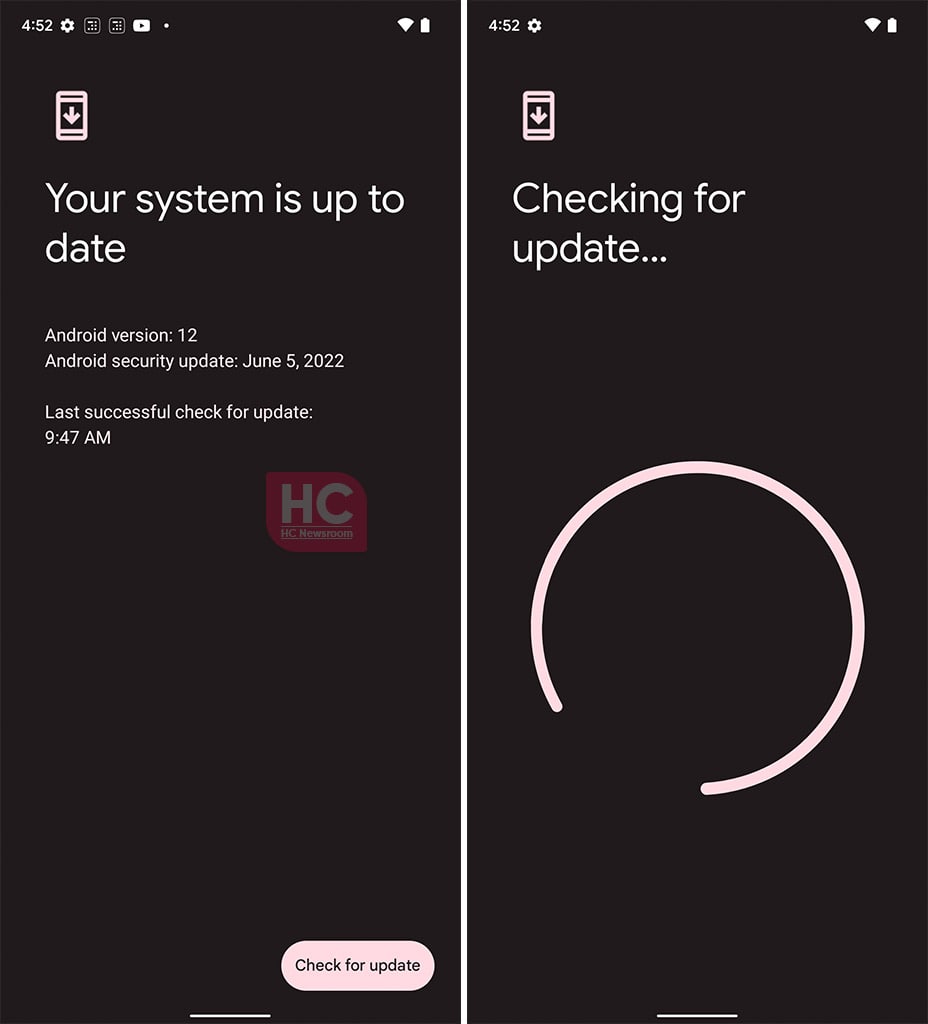 Aside from the system settings, you can directly troubleshoot some issues that may occur via the Play Store app itself. 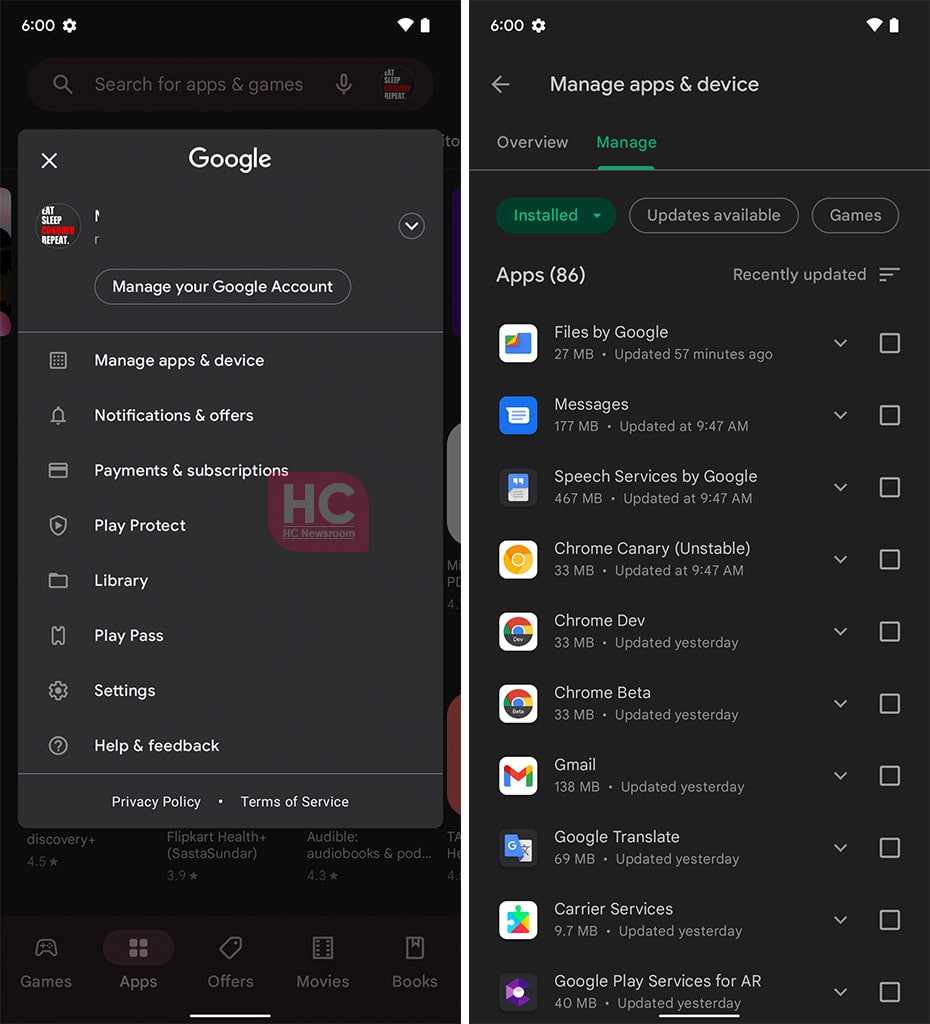 Note: The uninstallation process could also be initiated from the phone’s system settings.

Tried all of the above-mentioned steps and the problem is still there? don’t worry, there are other ways that could further expand your efforts in order to resolve this issue.

The first thing that you can do is to close the Google Play Store app from the task manager to disconnect the background process from the server and kill background services. Then reopen and retry.

From here tap on the three dots on the top right corner of the display and tap on “Uninstall updates” to uninstall app updates from your Android device. Alternatively, you can access Settings to access the app management page. 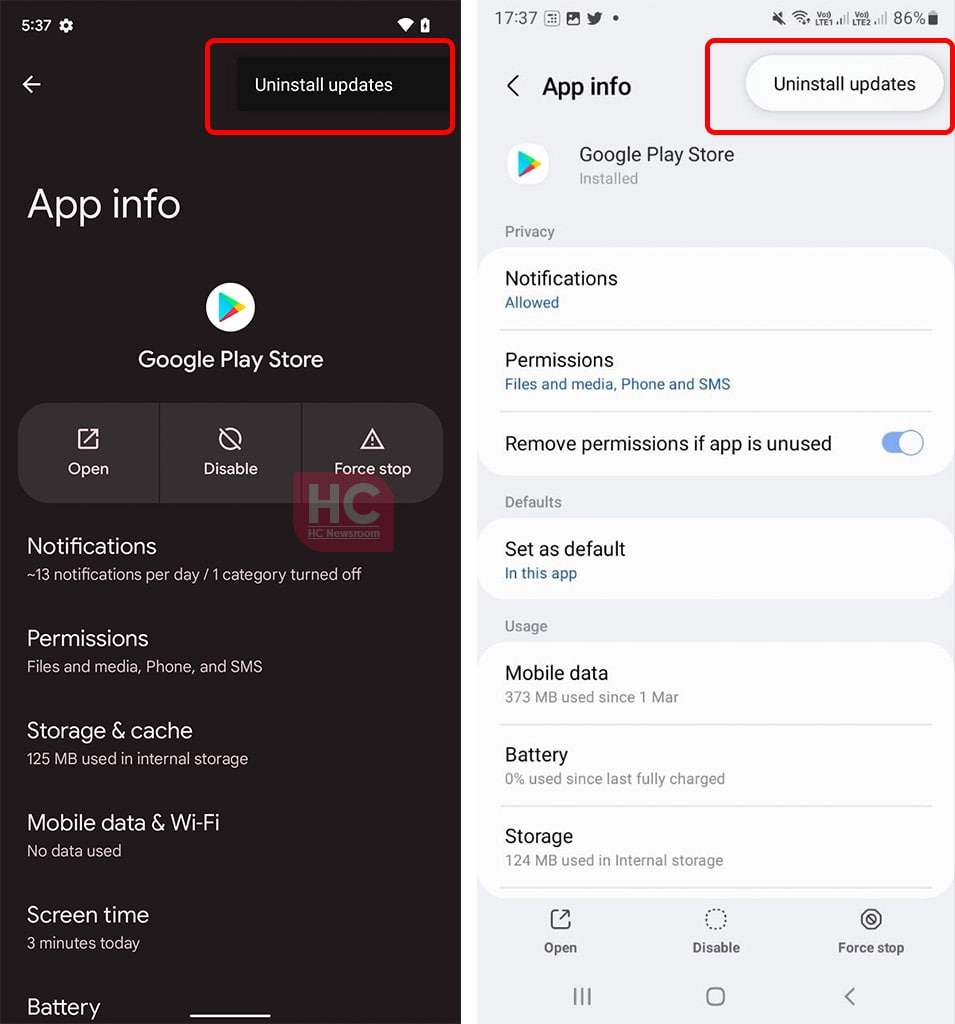 Sometimes, it takes a simple restart that may do the work for your current app-related issues. Restart your Android phone and try to download the app again.

Android devices are all about Google Play Services, they work to bring you cloud narrated data with a bridge called GMS, and then the apps allow you to access them directly on your Android smartphone.

However, Google Play Services has its own library of services stored in Android that may get filled with bugs or storage-related issues. Hence clearing the app’s cache and storage might help us to achieve our goal and resolve.

Open your phone’s Settings, then follow the below-mentioned instructions.

Cach is a big supporter of all of your apps and services on an Android device. However, it could also store bugs to disturb your Google Play Store app access features. Therefore, try to clear the cache and current data from your device.

Similar to the Play Services, we need to jump on the Settings to do this trick. 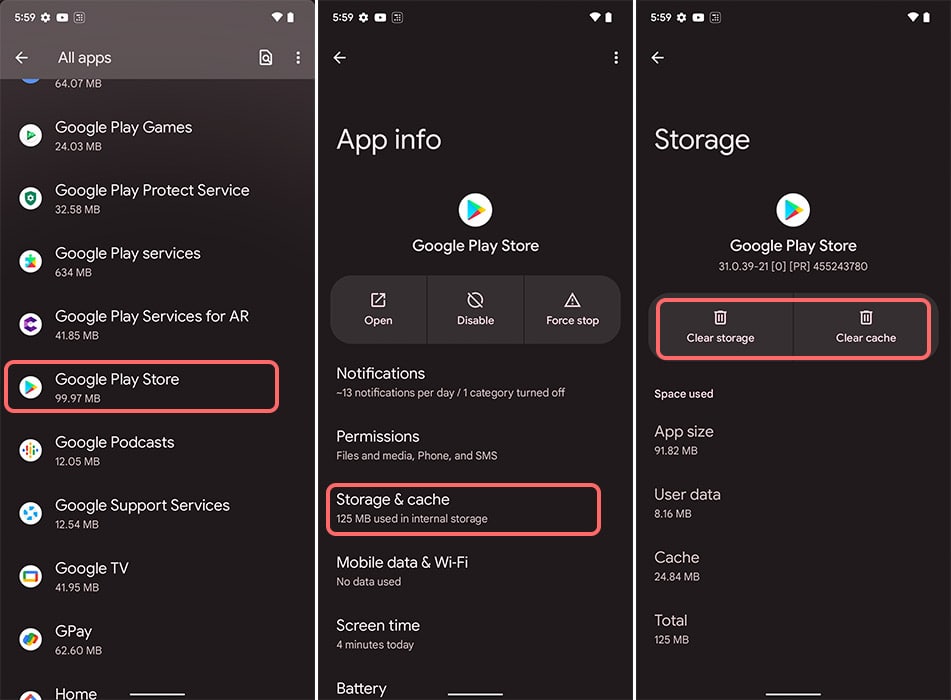 The last thing that you can try to resolve this issue, is to log out and log back into your Google account on the phone. This may remove all of your account’s data associated with your device and add it back to begin a fresh start of services.

Make sure you do not restore apps’ data backup if you’ve opted for such an option or third-party services.

EMUI 12: How to rearrange camera modes 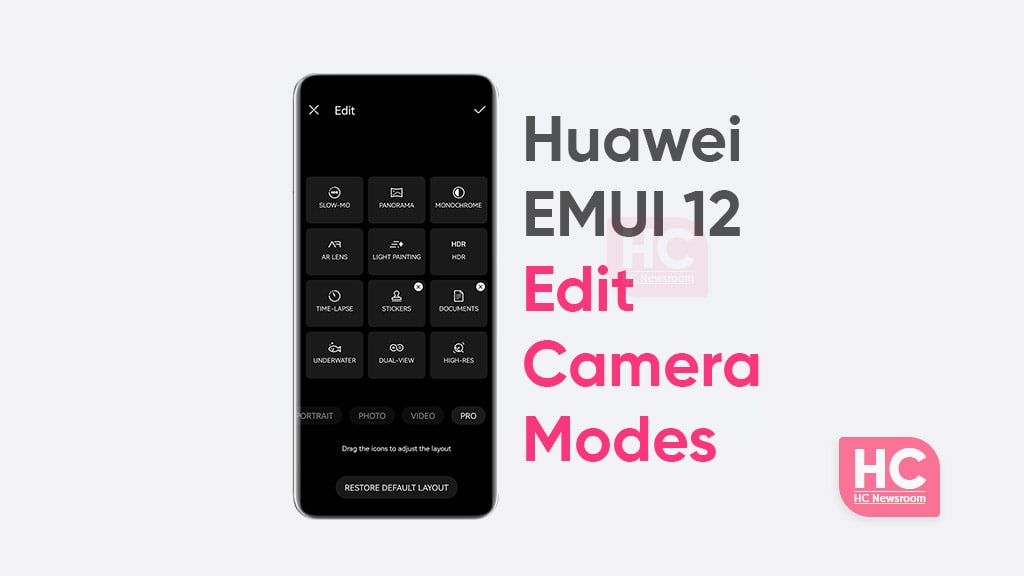 Camera is an essential or the most used feature of any given smartphone. Since Huawei phones come with lots of camera technologies, it also has various camera modes that will allow you to take various types of scenarios through the EMUI 12 camera app.

Although camera modes in the EMUI 12 camera app are related to Huawei phones and arranged accordingly, you can still edit these without any issues. This arrangement will allow you to change the order or the placement of the camera modes.

Below you can check all of the information, to rearrange camera modes in EMUI 12 software on your Huawei smartphone. 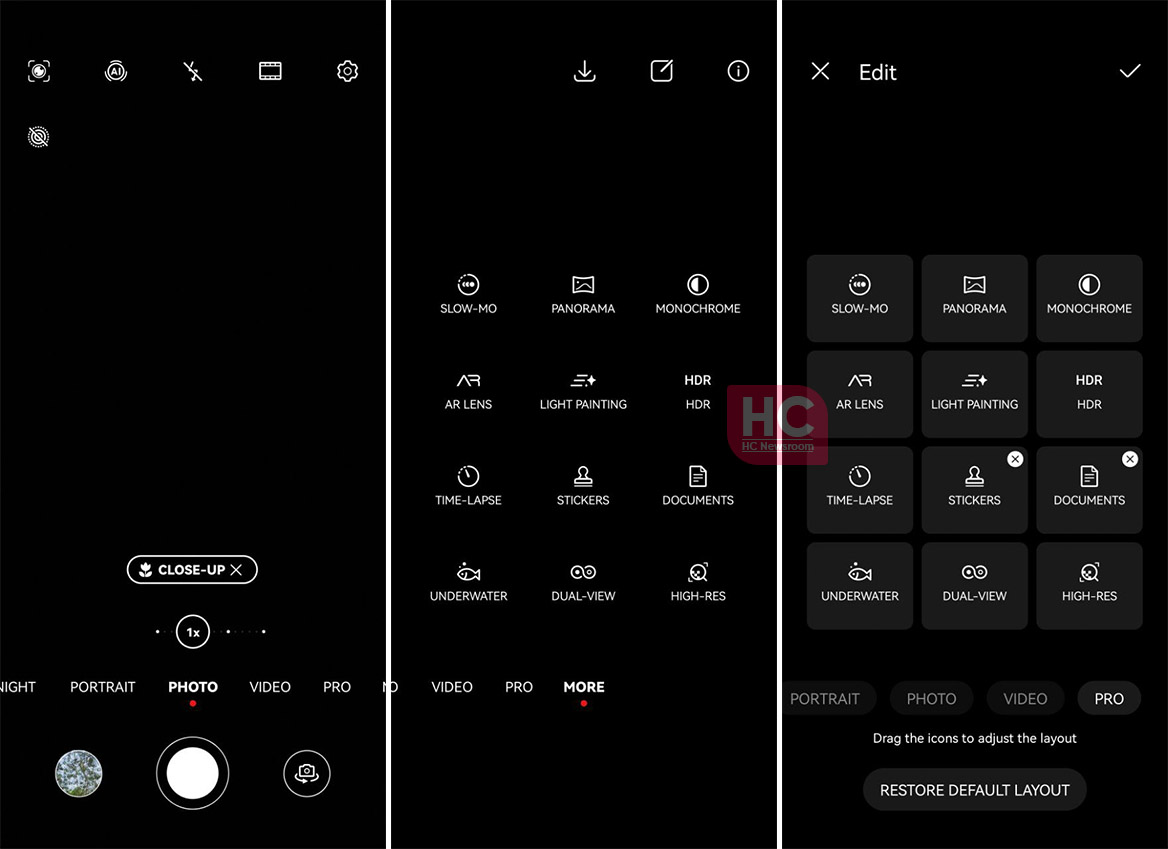 To rearrange the camera modes, go to the camera app, tap on ‘More’ (slide left by tapping and holding the modes) then touch the edit icon in the middle of the top three buttons.

Made some unwanted changes in the camera app? Well, the app also allows you to restore the app to default by tapping the “RESTORE DEFAULT LAYOUT” button on the center bottom of the screen. 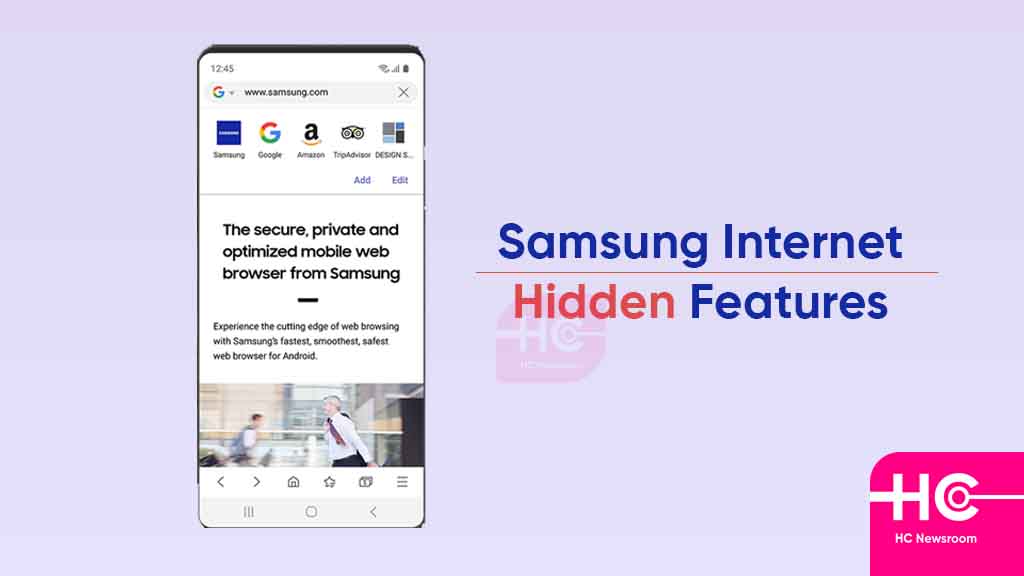 Samsung Internet offers user-centric privacy and security features to the browser, giving you a superior browsing experience that never compromises privacy or security. It has placed all efforts to protect the browsing experience still in the hands of any Galaxy users.

One of the major changes in the redesign and expansion of the Samsung Internet Browser’s data protection and security settings.

In the area of data protection and security, you can make various settings to prevent unwanted detections and redirect to inaccessible websites.

After blocking the reverse redirect and pressing the back button, the website operator was forced to use this trick. The new page was not called and actually reached the previously open website. In addition to the features described, you can block pop-ups to prevent automatic downloads.

you can allow or deny permissions to the website, for usual data protection and security settings. To Camera location, and microphone can be disabled with website permissions. The website will then be unable to access these system functions via the below-mentioned steps:

In the layout and menu settings, you can select whether to show the address bar up or down, and whether to hide the status bar when you scroll through websites. In addition to the ‘Up’ button on browser viewing and scrolling, you’ll see a button like ‘Down’. You can use the buttons to jump to the beginning or end of the website.

Newly added is an add-on for video subtitles in your browser. To download the add-in, click the three lines in the lower right corner of your browser, then go to the add-ins section.

A useful feature is that you can turn off automatic video playback and enable the video assistant. Video Assistant enables additional controls when playing videos in your browser.