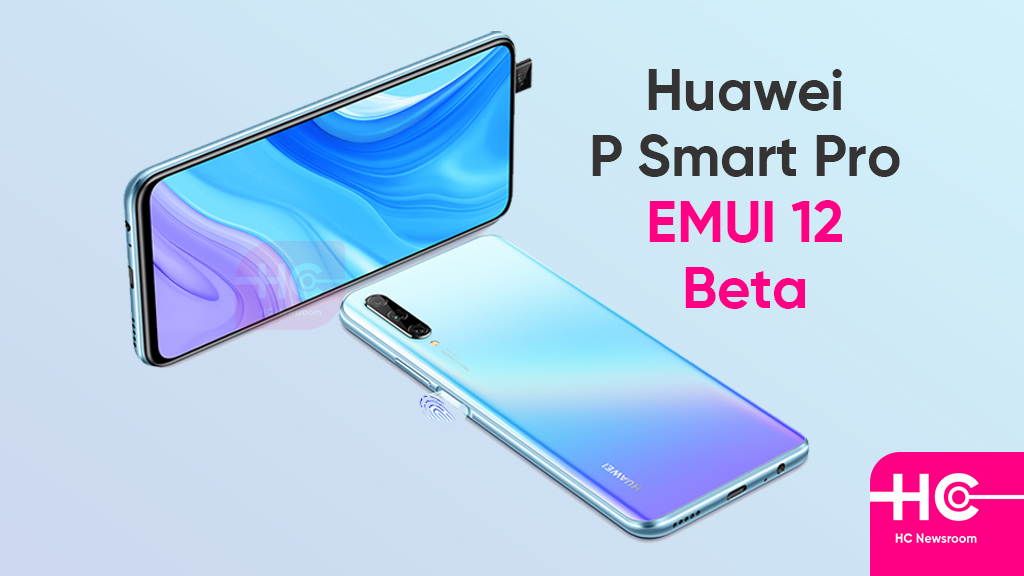 Yes! Huawei has started rolling out the EMUI 12 beta update for the Huawei P Smart Pro smartphone. A few days ago, the company has announced EMUI 12 beta testing activity for a bunch of P Smart series smartphones including P Smart Pro.

So Huawei P Smart Pro users here is an opportunity to test EMUI 12 features ahead of the stable rollout. To be mentioned, it is available for a limited number of users, who have participated in the beta program through the Beta App.

As reported by Huaweiailesi, Huawei P Smart Pro EMUI 12 beta is rolling out with build number 12.0.0.221 (c432E2R1P1log) and weighs 3.99 Gigabytes. As always, the software package size is massive as it is a major update.

However, the update is expanding in batches and may take some reached you. Through the beta activity, Huawei will monitor and check device errors. You are free to send genuine feedback and issues encountered during the usage of new software.

Font: Supports more flexible font adjustment, allowing you to adjust the size and weight with a slider.

Smart Folders: Supports touching and holding app folders on the home screen to enlarge them for easier access to the apps within them.

Collaborative Security: Adds a mobile phone-laptop collaborative authentication feature, which allows you to unlock your phone by entering the phone’s screen unlock password on your Huawei laptop when your phone and laptop are connected via Multi-Screen Collaboration.

Cross-Device File Management: Supports accessing documents or images on your phone using a laptop without having to connect the two devices with a data cable.

Here’s how to update:

To update, open the settings menu on a smartphone, tap on system & updates, tap on software updates, and followed by check for updates. Once the update appeared on the screen, tap on download and install.

On the other hand, you can go to the My Huawei app and visit the support section and then tap on the update icon. Now, it will redirect you to the update page. From here, tap on check for updates and wait for the new update to appear on the screen. Now, Download and install it.

Huawei: Why have you forgot about these phones for EMUI 12, they are excellent 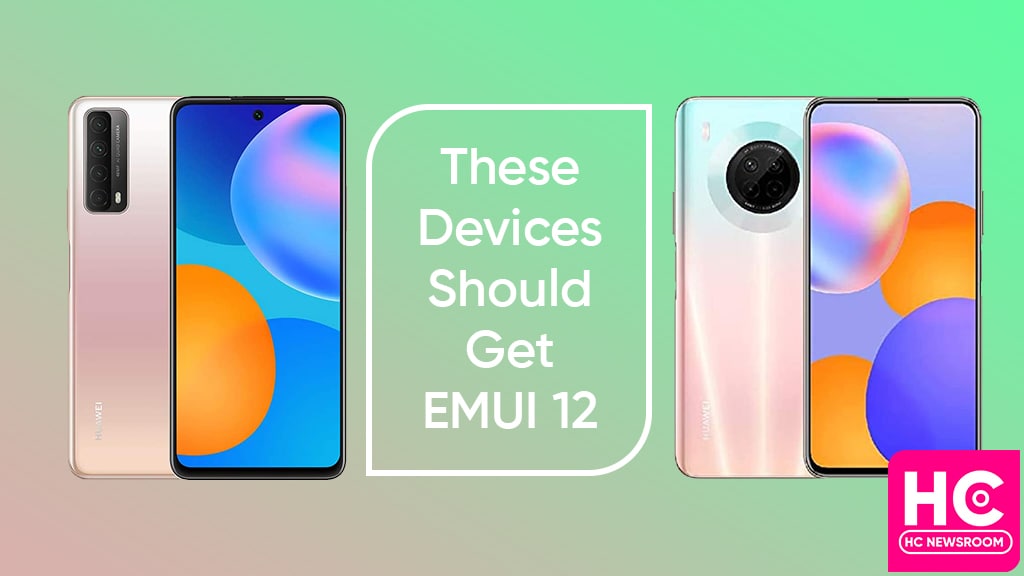 Yes! We’re moving towards EMUI 13 and EMUI 12 is rolling out in the air. However, we also want to point out some phones that Huawei forgot to give EMUI 12, as they are also among the top options in the market.

Yes, there are some important phones that we need to note on behalf of Huawei and why the company forgot to give them a major upgrade, such as EMUI 12.

This is a full-screen phone that reaches at 6.63 inches with FHD+ resolution, it is powered by a MediaTek Helio G80 octa-core processor.

This phone equips 6.67 inches of TFT LCD and FHD+ resolution. On the other hand, the phone is the first in the Huawei cadre to feature a top center hole punch design.

It sports 6.4 inches of TFT display and HD+ resolution and is powered by a Mediatek MT6762R octa-core chipset with IMG GE8320 650 MHz.

This is a budget device and it has a very unique design. It is a handy phone with a 5.45-inch screen and HD+ resolution. There are two cameras in total – one on the rear and one on the front.

Despite their different specs, all of these phone ships with pre-installed EMUI 10.1 software. However, they’ve not received any further upgrades such as EMUI 12.

If they didn’t get EMUI 12, do you think, Huawei will give these a slot in EMUI 13 upgrade plan? We’ll figure it out and keep you posted. 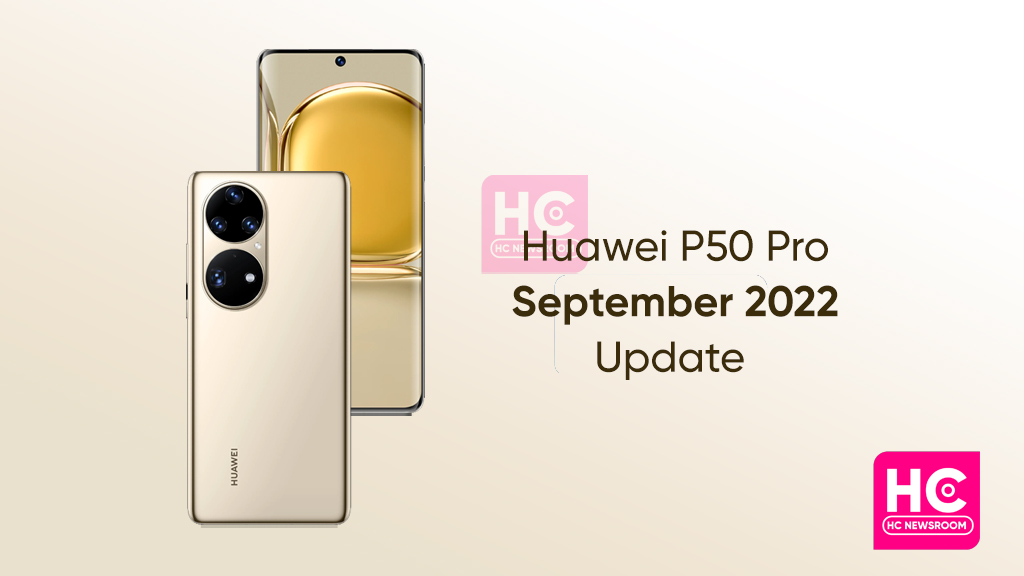 Huawei P50 Pro smartphone is a perfect example of what you see is what you get in terms of features, specification, and design. And to maintain its compatibility Huawei kick off regular updates. Likewise, the latest EMUI September 2022 security update for the Huawei P50 Pro helps to patch the security gap.

Meanwhile, the latest update helps to improve the security status of your Huawei P50 Pro smartphone to give you a better user experience. You can identify this latest update through EMUI 12.0.1.274 (C432E3R4P1), which is currently rolling out in the European market.

We recommend to you grab this update as soon as it reaches your Huawei P50 Pro smartphone. To maintain its efficiency and compatibility in to fight further bugs and issues.

The Huawei  XMAGE camera technology is the newest and biggest badge in the world of photography. After the Mate 50 series, we had strong convictions that the upcoming Huawei P50 Pro would be the next smartphone to integrate XMAGE features.

Recently a famous Weibo tipster shared a post with the Huawei P50 Pro image on his page. As per the tipster, with the release of the new P50 Pro handset, the business will start including the adaptor. Users are spared the hassle of running out to buy extra equipment to charge their new smartphone.

The tipster has not added anything like processors or any other important specs aside from the interrogative twitch. To present, neither analysts nor Huawei have confirmed any reports regarding the forthcoming P50 Pro smartphone.

Have you used Double Tap feature of EMUI 12 copied by Android 12? 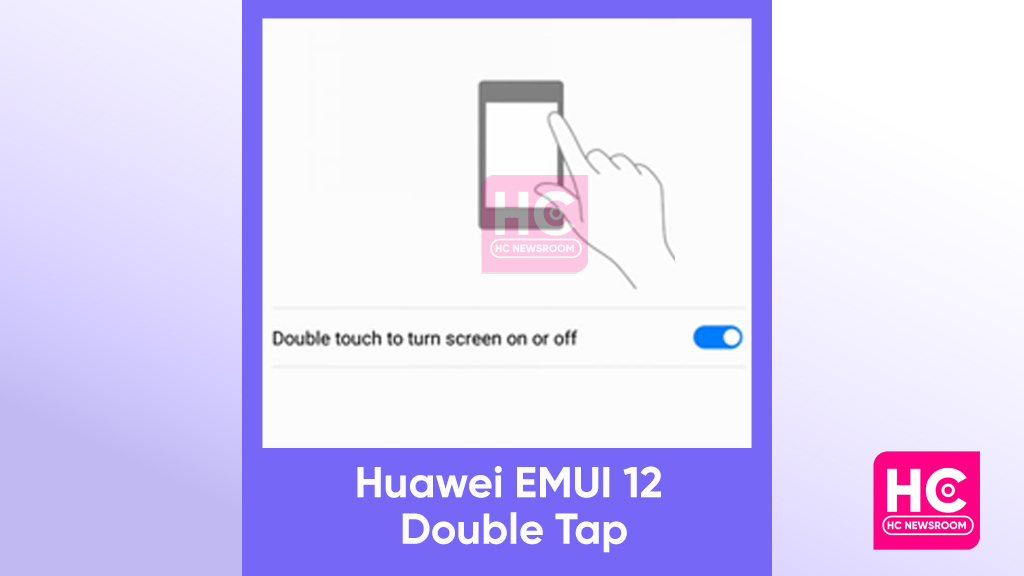 To some extent, Huawei EMUI 12 is similar to Android 12, including features, gestures, and many more but capability such as a large folder makes it better. Aside from that EMUI 12 greatness, today we up the Double Tap feature of Android 12, which is similar to EMUI 12 double tap to work smart and quickly by just tapping on the screen.

The feature enables you to change your settings so that actions like turning on the flashlight and taking screenshots may be performed by double-tapping the on-screen of your phone.

However, for the Android 12 devices, this feature is known as the Quick Tap and for the Huawei EMUI 12 devices, it knows as the Double Tap feature. Notably, the feature is available only on the compatible Huawei device, just check and experience this double tap feature.

You can switch the function on or off once you get there. You can choose from a variety of actions if you enable the double-tap gesture. They comprise to let you capture a screenshot, Turn on Google Assistant, media, playback or pause, launch the recent apps window, Notification dropdown is displayed, activating a particular app.

Huawei larger screen devices can benefit most from the functionality because it makes it simpler to turn on the screen from across the table without having to mess with the controls.

However, if you having trouble searching the Double tap on your Huawei device then once reboot, you will find a new ‘double tap’ feature located in the settings options.

To enable the feature you can visit the Settings option>then Accessibility features > from Shortcuts & gestures, Wake screen and enable Raise to wake or Double-tap screen to wake.

This Quick Tap feature on your EMUI 12 devices will definitely give you a better user experience and let you give a smart and time-saving operation. If you are an EMUI 12 device user and have used this feature then must share your experience with the user.