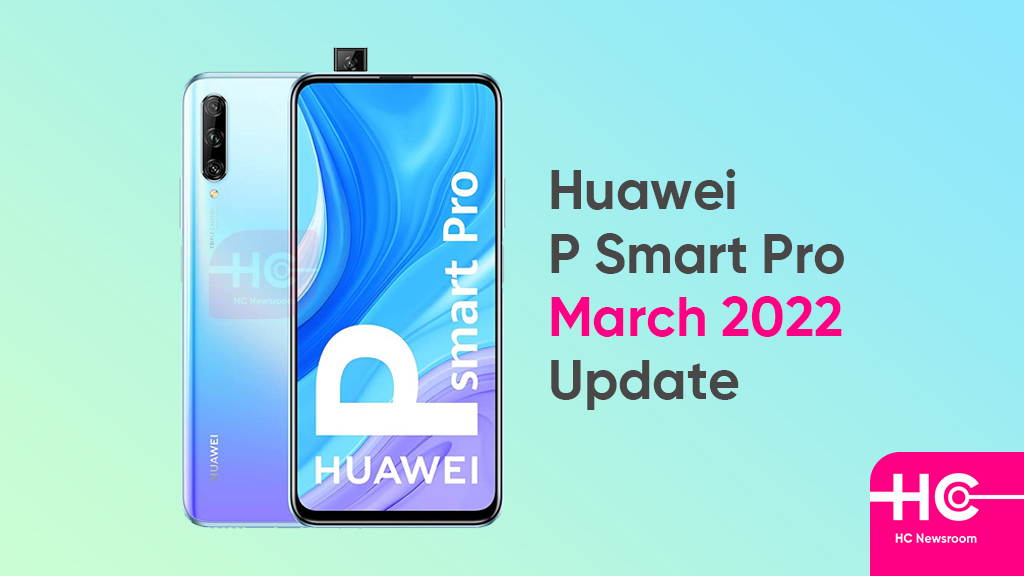 Huawei has just pushed off the March 2022 EMUI update for P Smart Pro, which mainly brings security optimizations. Aside from this, the company has confirmed EMUI 12 eligibility for the P Smart Pro smartphone, which is great news for corresponding device owners.

Speaking about the P Smart Pro software summary, Huawei initially launched Huawei P Smart Pro with EMUI 9.1.1 custom OS and then seeded EMUI 10.0 major update. Since then, this device is performing outstandingly in the user’s hands running on EMUI 10.0.

Now, it’s time to move ahead and install the latest EMUI 12 on the P Smart Pro smartphone. Currently, the progress is under the beta testing phase and is available to limited markets.

In the meantime, we recommend Huawei P Smart Pro users download and install the March 2022 security update that comes with EMUI version 10.0.0.479 (C432E6R1P1). For more information, the newest update comes with an update size of 146 Megabytes.

Following the changelog, it doesn’t contain much to showcase besides security improvements that protect the device from common threats and issues. For better understanding, take a look at the screenshot attached below.

To install the latest software update, Huawei P Smart Pro device owners need to open the settings menu, tap on system & updates, tap on software updates followed by Check for updates. If you see a new update, download and install it.

On the other hand, this update can also get the latest update through the My Huawei app. Go to the My Huawei app, tap on the Support section and then, click on the updates icon. From here, hit the download and install option.

To be mentioned, during updating your smartphone will be heated up and may process very slow. Don’t worry, after completion of the update process, it will work as usual without any issues.