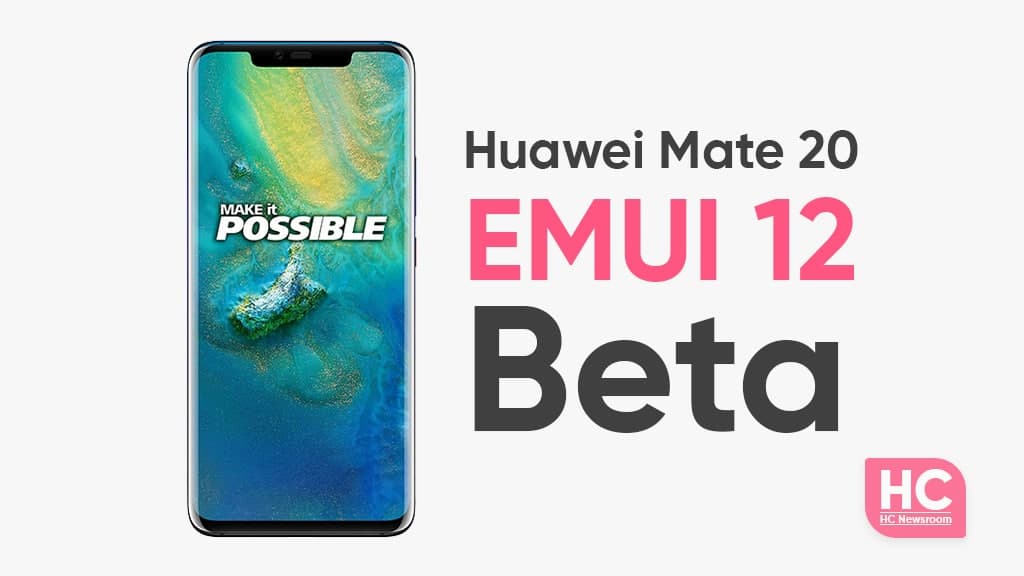 According to the information, the current EMUI 12 beta is open for Mate 20, Mate 20 Pro, and Mate 20 X devices. However, it’s just starting this entire testing program and more countries will soon enter the same testing phase and recruit more Mate 20 series. For your information, interested users can participate in the process via the following written instructions and for more information, you have our guide linked below.

Launched in 2018, Huawei Mate 20 series made its debut with EMUI 9.0 software that has been upgraded with EMUI 9.1, EMUI 10.0, EMUI 10.1 then EMUI 11. On the other hand, Mate 20 models in China have installed the HarmonyOS 2.0 operating system, which has a lot of new features but the global users have been entrusted to install EMUI 12.

EMUI 12 comes with a new user interface that allows you to taste a new kind of user interface and enables a whole new user experience. Moreover, you’ll get features such as Control Panel that compasses different mobile services into one place right through one swipe.

Thanks to the tipsters for this amazing tip

There is also a customizable font system that enhances your overall UI viewing experience, the animations are now more subtle and Mate 20 series users will definitely going to like the new changes.

If you are eligible to test the latest EMUI 12 beta build, participate in the activity. Still, it’s recommended for you to consider one note that the beta software may bring new bugs and software changes that have been not been there before and you may feel slight changes in the overall UI/UX.

Read more about the important notes linked in the article below.