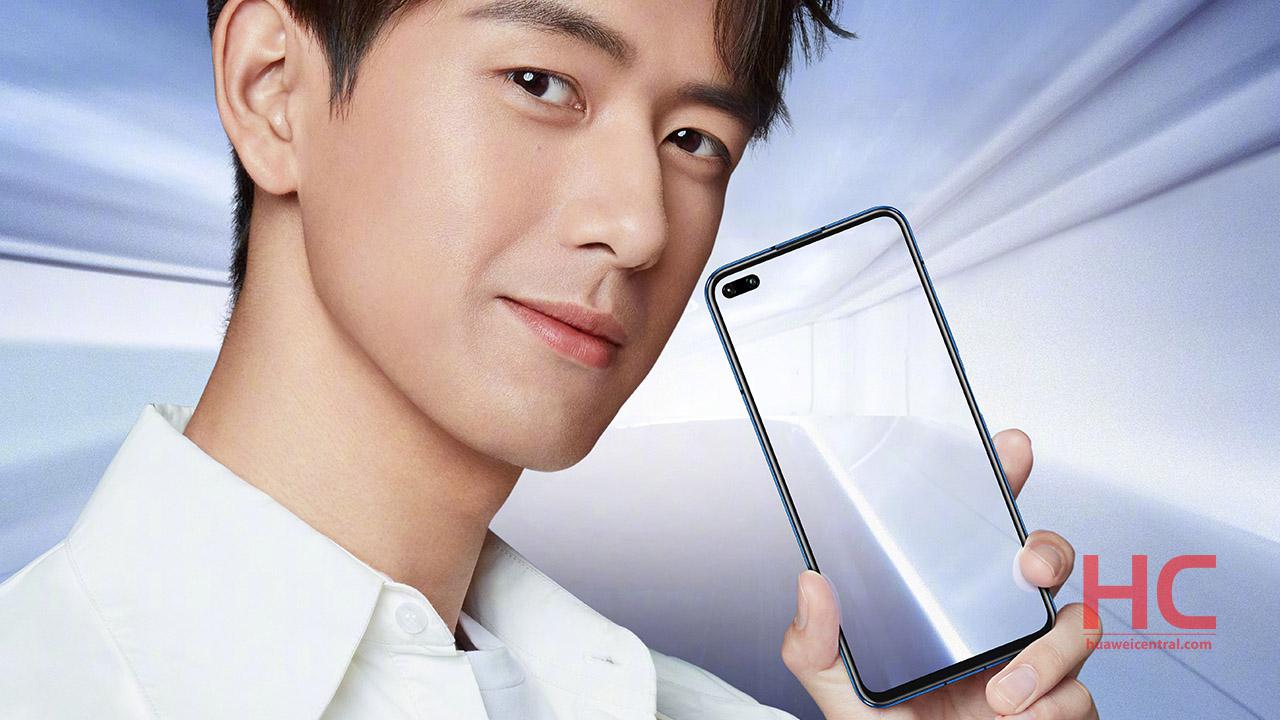 
Huawei MatePad and Honor V30 series 5G will be launched on November 25 and November 26 respectively. And ahead of their official launches, these devices have been allegedly visited Geekbench to test their early performance.

According to Nashvillechatter, Honor V30 5G (model number OXF-AN10) has scored in the single-core test and 12,221 in the multi-core test. equipped with an 8GB RAM and running Android 10.

While Huawei MatePad Pro (model number MRX-AL09) has scored 3808 points in the single-core test and 11832 points in the multi-core test. This device has 6GB RAM and runs Android 10. Moreover, it’s Bluetooth certification possibly hints at a 5G version along with Wi-Fi and LTE variants.

Honor V30 series 5G will come equipped with Kirin 990 5G processor, and the MatePad series is also expected to be powered by the Kirin 990 series for 4G and 5G versions. 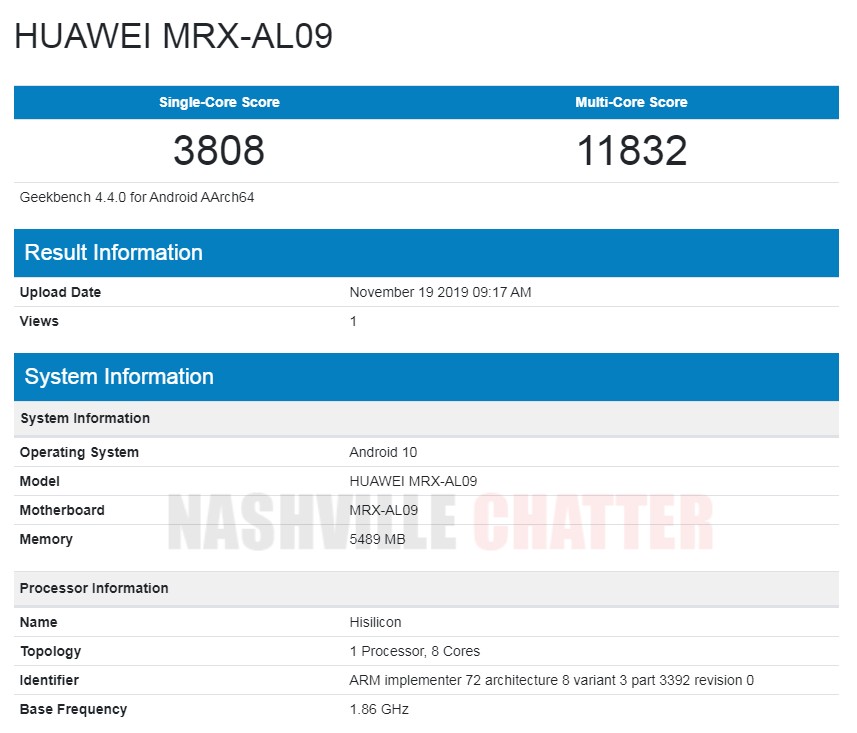 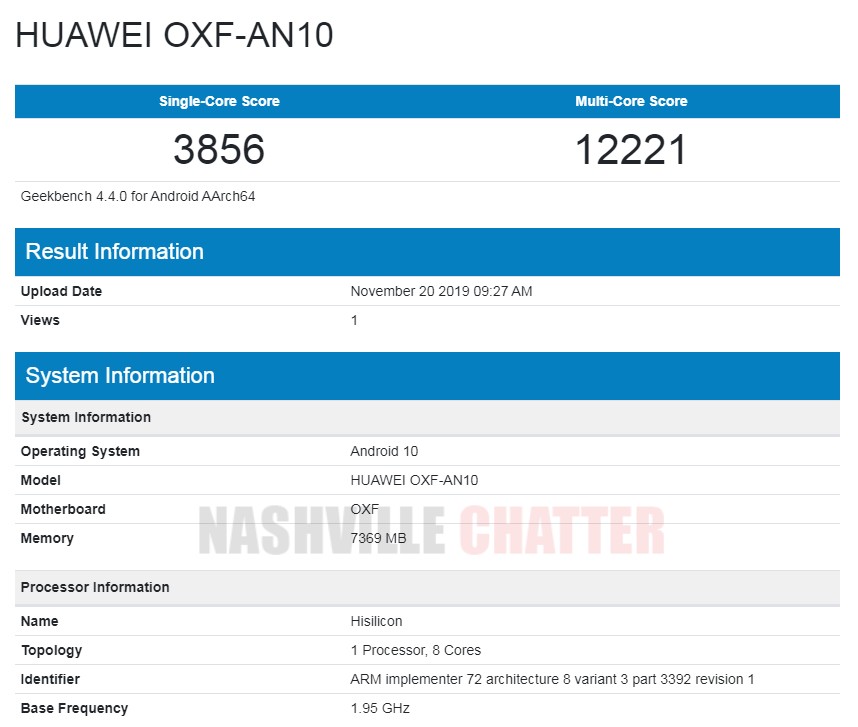