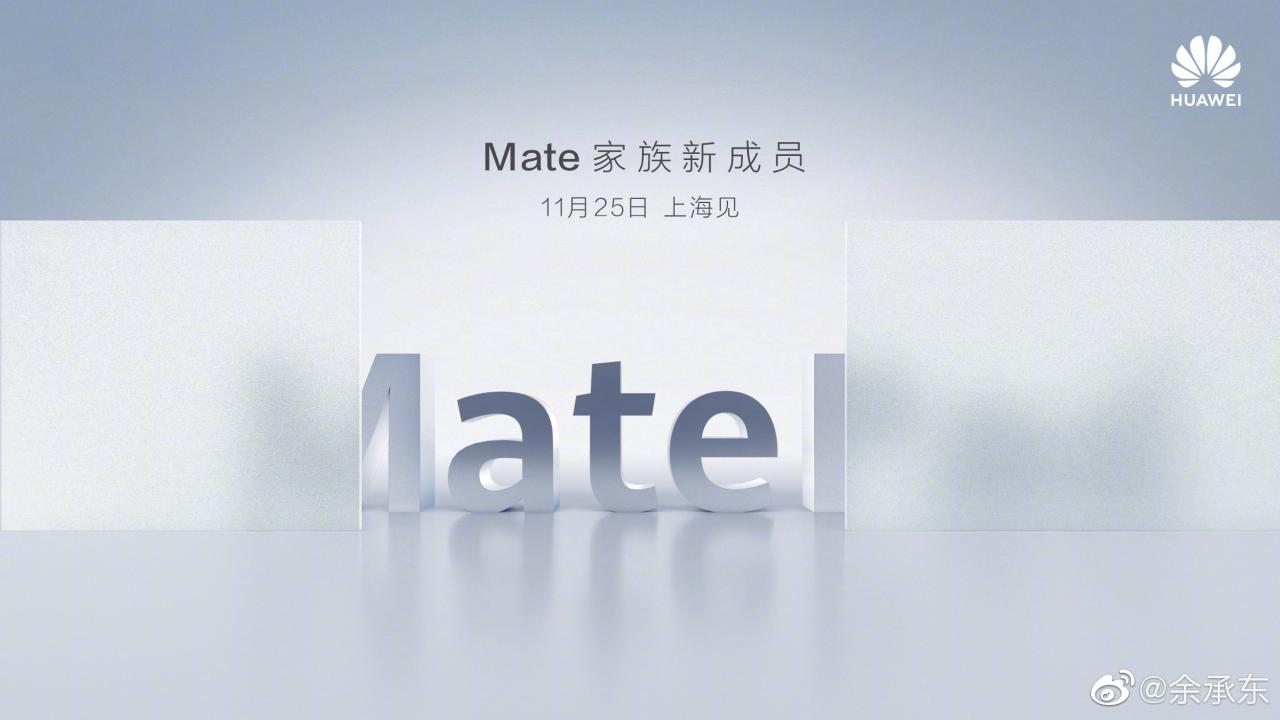 
Today, Huawei has officially posted a promo image for a new the launch of a new Mate series device on November 25 in Shanghai, China and arraged for the Huawei MatePad series.

The image below only shows “Mate” and the rest of the text is blurred but it’s actually “MatePad”.