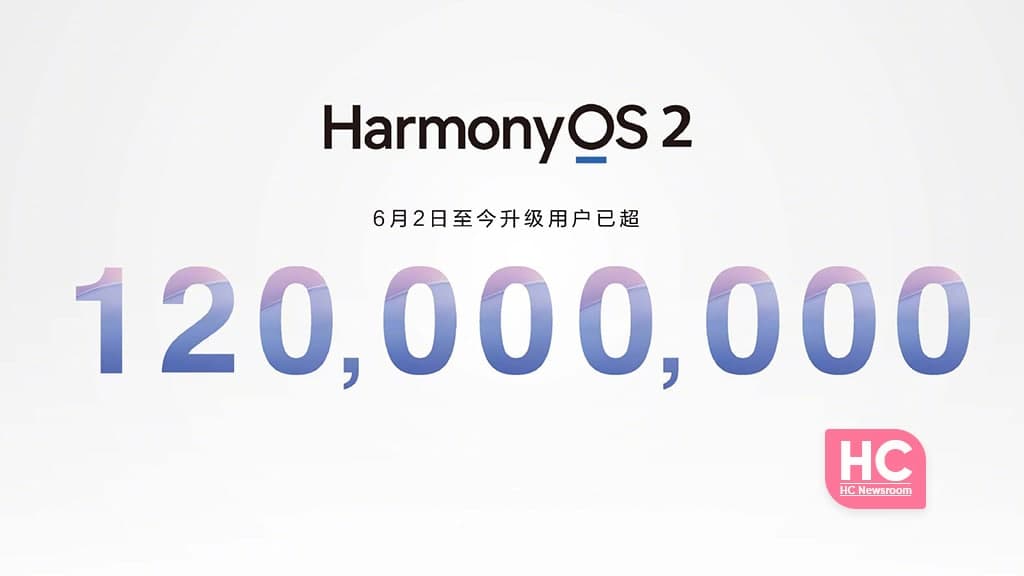 As of September 23, HarmonyOS has completed 120 million upgrades on smart devices, this announcement is made by He Gang, President of Handset Business, Huawei Consumer Business during the Nova 9 series launch event.

The “120 Million HarmonyOS upgrades” don’t surprise us because HarmonyOS is deploying rapidly on eligible devices inside the Chinese market. Most importantly, the Chinese tech maker is making sure that it reaches the farthest end along with the oldest possible model.

Launched on June 2, HarmonyOS 2.0 comes with new user interface widgets and a lot of features including – Control Panel, Service widgets that allow you to view important content on the home screen, and snippets for the best shortcut apps available on any software ecosystem.

That’s not it, the least compatibility of the HarmonyOS 2.0 makes it more popular and every old eligible user wants to upgrade to this new operating system to experience the latest features and software experience.

HarmonyOS is designed and developed to work across different devices and works under the era of the Internet of Everything. The phone has a feature called “Super Device”, which enables a smartphone or a tablet to control all of the connected smart devices from one place. The feature is powered by Huawei’s distributed capability technology.

On August 30, the Chinese tech giant achieve the 70 million installation mark and in just a few days, this number reached over 90 million. During a consumer product launch event, CEO of Huawei Consumer Business Group – Yu Chengdong announced that HarmonyOS 2.0 has surpassed 100 million installations.

As we move forward, Huawei continues to ramp up the HarmonyOS 2.0 on smart devices in a faster pace.