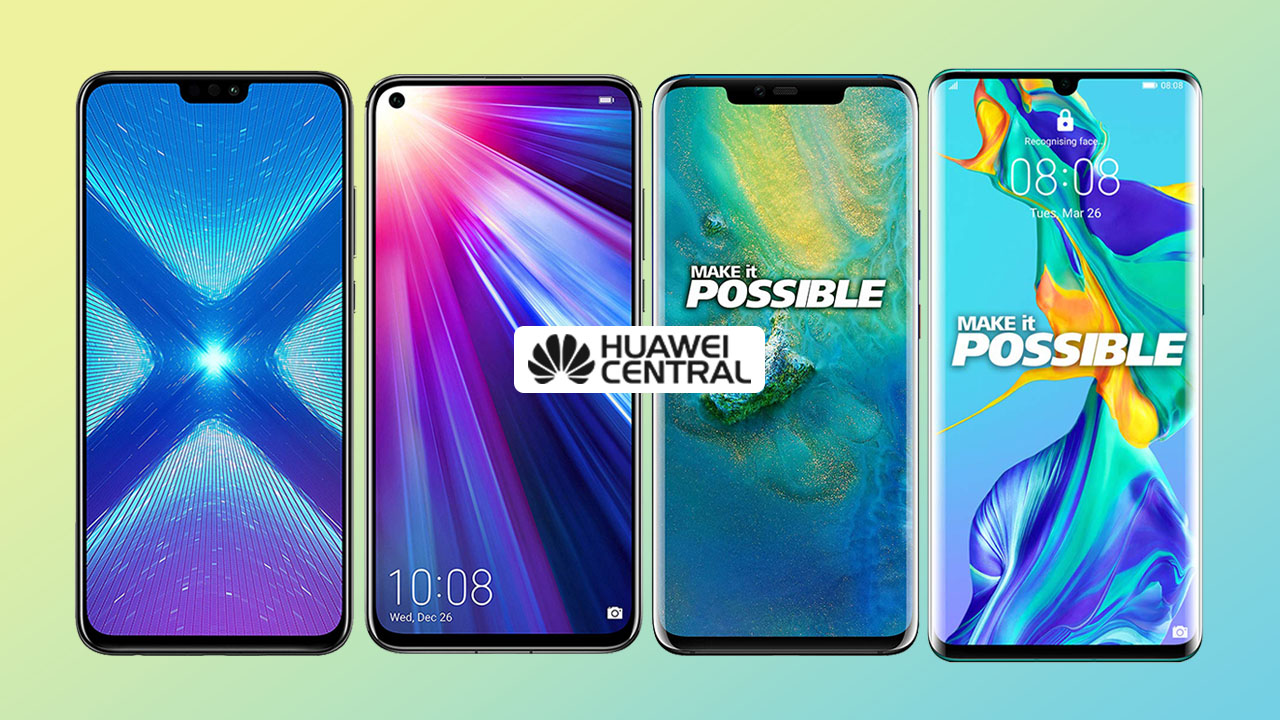 Huawei mobile phones are available in almost every smartphone market around the world and there are consumers who are interested in buying a Huawei or Honor phones but can’t decide which one is good to take on first.

So, here are our listing of Huawei and Honor phones that are worthy of becoming your first smartphone.

Note: Honor is the sub-brand of Huawei, that’s why we included Honor phones in the list. 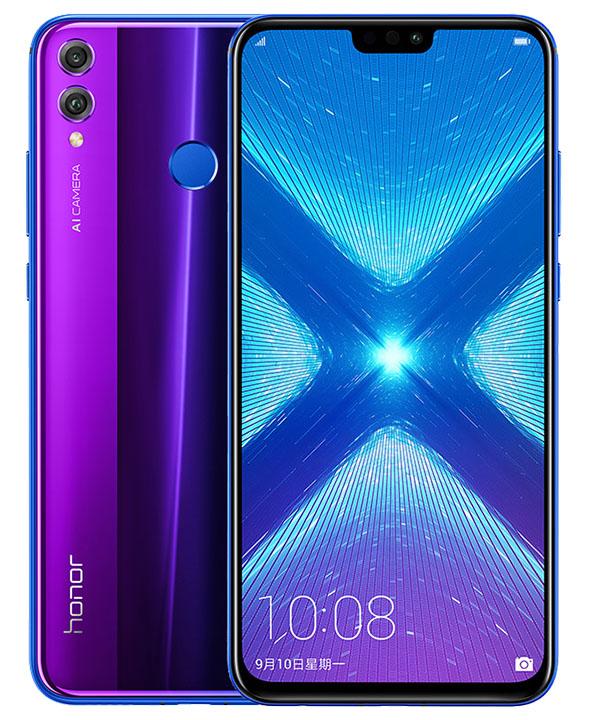 Let’s start our phone list with Honor 8X if you’re looking for an affordable phone that offers premium features into one smartphone that Honor 8X is a complete package for your needs.

The phone comes with a 6.5-inch large display, powered by Kirin 710 processor with 4/6GB of RAM + 64/128GB internal storage combination that is capable of delivering mid-range phone’s performance. For photography, it has a dual rear AI camera setup of 20MP + 2MP and a 16 MP front-facing camera.

The phone comes with a battery capacity of 3750mAh and supports GPU Turbo technology. Honor 8X is used by a wide range of users around the world and still a top choice between smartphone consumers. 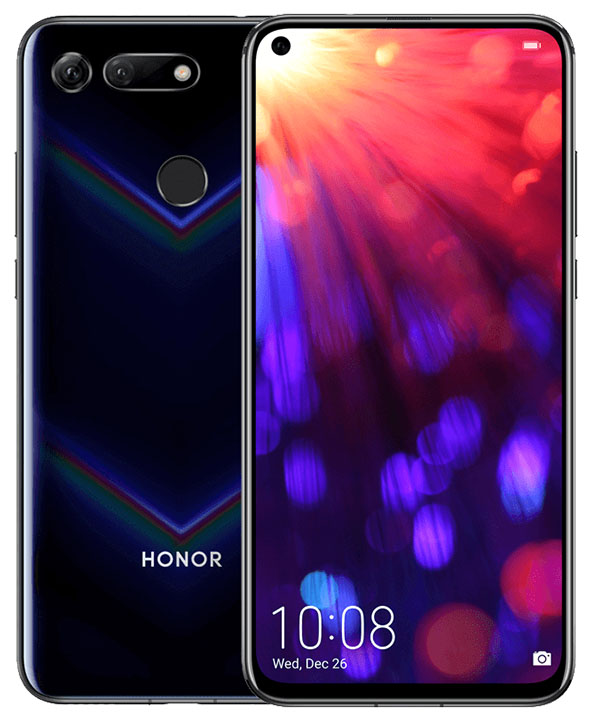 With the power of 7nm AI-enabled Kirin 980 processor coupled with 6/8GB of RAM + 128/256GB of internal storage options, this phone serves the most smooth performance in the most intense multitasking.

And for gamer, Honor View 20 could be taken as a blessing because it can counts as one of the best smartphones that can run a graphics intensive game like Fortnite at 60 fps and also comes with an exclusive free skin.

The phone comes packed with a 4000mAh battery that can last for a longer time and can recharge at the lowest time with a 22.5W Superfast charging.

If you’re looking for a Mid-range power-packed smartphone, Honor View20 is all you need. 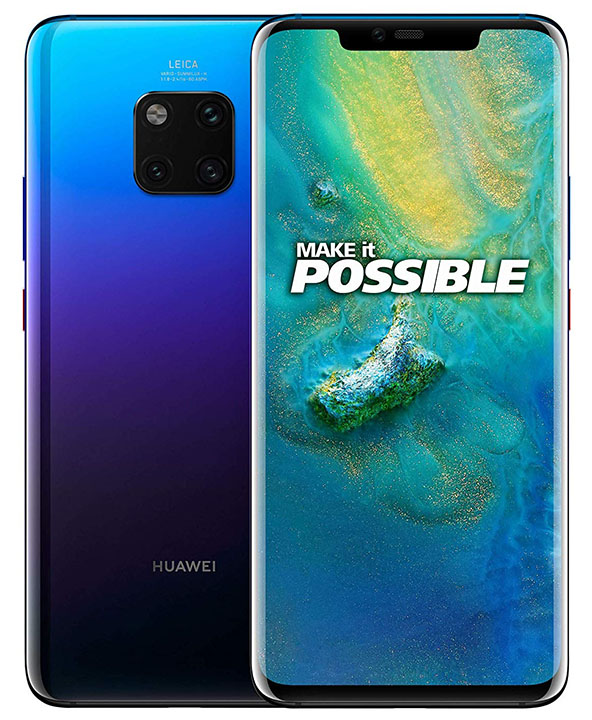 Now let’s move on to the premium smartphones, and here’s the first phone that’s the Huawei flagship powered by 7nm Kirin 980 processor. This flagship was originally launched last year and have both processing performance and the impressive triple camera technology that can simultaneously work to give users what they want.

Especially compared to the regular Huawei P30, consumers still choose to go with Mate 20 Pro because the phone comes with a bigger 6.39-inch QuadHD+ curved edge OLED display that looks so beautiful and immersive.

Also, Mate 20 Pro comes packed with a bigger 4200mAh battery that charges Huawei’s 40W SuperCharging and you can also share this phone’s battery power with other phones through reverse wireless technology and provides the iP68 level of waterproofing.

With all of these advance feature, Huawei Mate 20 Pro is still a top contender to be purchased as your premium smartphone. 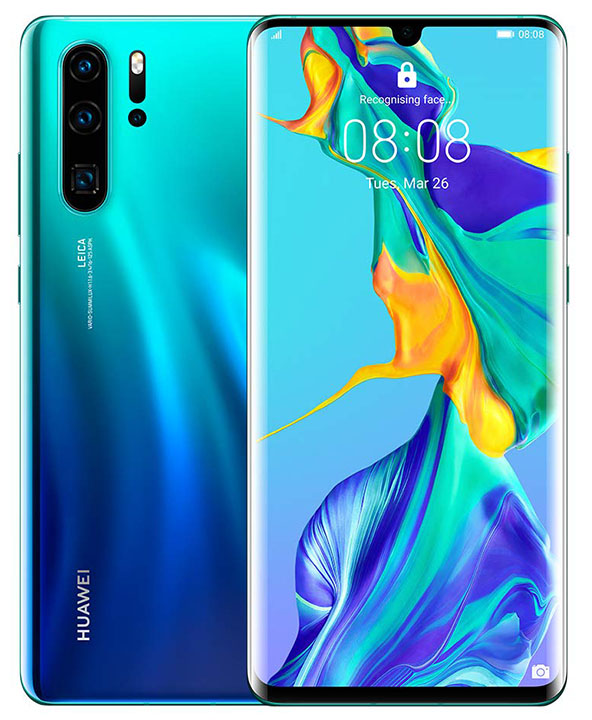 And finally, Here’s Huawei’s best flagship ever, Huawei P30 Pro, yes this phone is a beast among Huawei smartphones. That’s equipped with Kirin 980 processor and comes with a Quad camera setup including a ToF 3D sensor has helped the phone to be been listed on the top of DxOMark camera ranking.

The camera capability of P30 Pro is exceptional and has features like 5X optical zoom that can reach a distance object, new camera sensor that can capture photos even in the darkest environment.

Talking about its display which is a 6.47-inch curved edge OLED panel that mesmerizes the view angles and available with 8GB of RAM + 128/256/512GB of internal storage options.

To stay in charge all day it comes with 4200mAh battery life that can charge with 40W super charing and can share power with other phones.

If you wish to buy a phone that can deliver the best performance, photography, and style at a reasonable price, then Huawei P30 Pro is a first place flagship that you can buy at the moment. 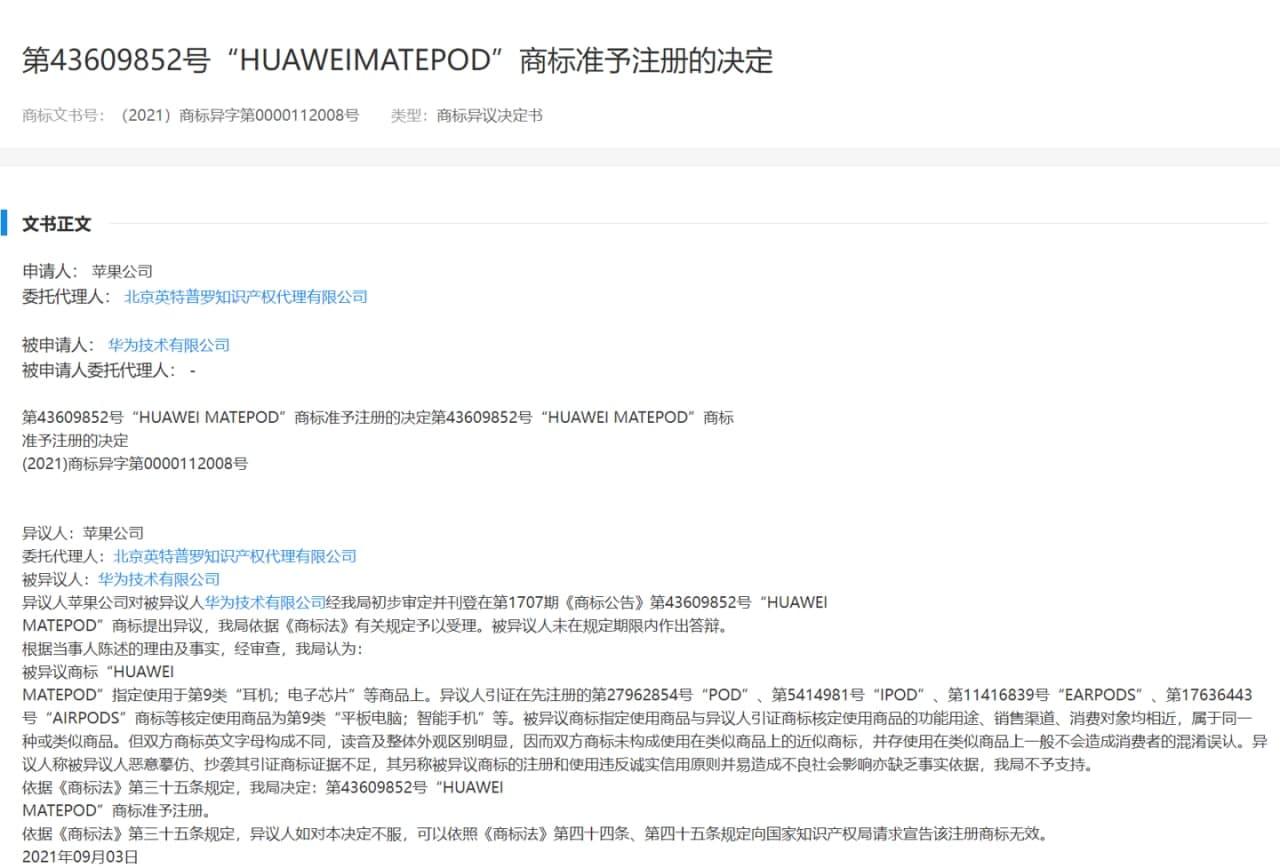 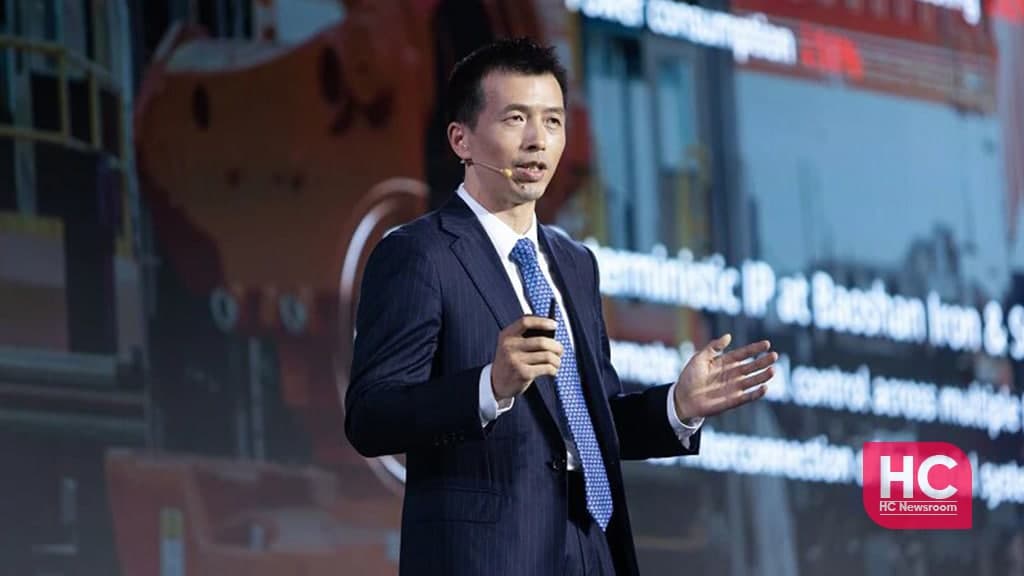 On behalf of Huawei, the company’s marketing and solution sales department president- Peng Song, addresses the 7th Ultra-Broadband Forum 2021. This 2-day conference is taking place in Dubai from 19th October.

At the event, President Song talks about network connection and growth under his speech entitled “Connect + New Growth”. It was mainly a short description of the Huawei CAF (Coverage/Architecture/Fusion) model which is bringing network competitiveness among the operators.

During his speech, Huawei President noted down that the CAF model is becoming a key to operators, which is opening new opportunities in the market. He further describes that although the past year was a bit challenging, we have seen tremendous changes.

Even the families are moving towards diversification from the single entertainment center. Today, people have merged the network connection for multiple functions such as education, office, and trade, which is no longer solely concerned with bandwidth.

Based on this fact, Song Peng introduced the Huawei CAF network model where “C” denotes coverage, “A” denotes architecture, and “F” denotes fusion. Furthermore, there was an in-depth discussion about all three points at the event.

It mainly highlights the different points where a connection tries to reach different households and businesses. Considering today’s demands, operators need to provide the connection to every room for each device in a family. Furthermore, there are mainly two technologies currently leading this sector- AirPON and Digital Quick ODN solutions.

It refers to the algorithms where a connection needs to integrate with the cloud to enable digitization of the industry. However, it’s divided into two stages- the first one is to connect to the cloud. Meanwhile, the second stage is the difficult one and is coupled with cloud integration to gradually build an ecology.

This term lets us mainly focuses on exploring the network architecture that will support current and future business success. In addition, there were some leading technologies recommended by the president. It includes the use of copper-to-optical, OXC, SRv6, ADN, and other technologies. 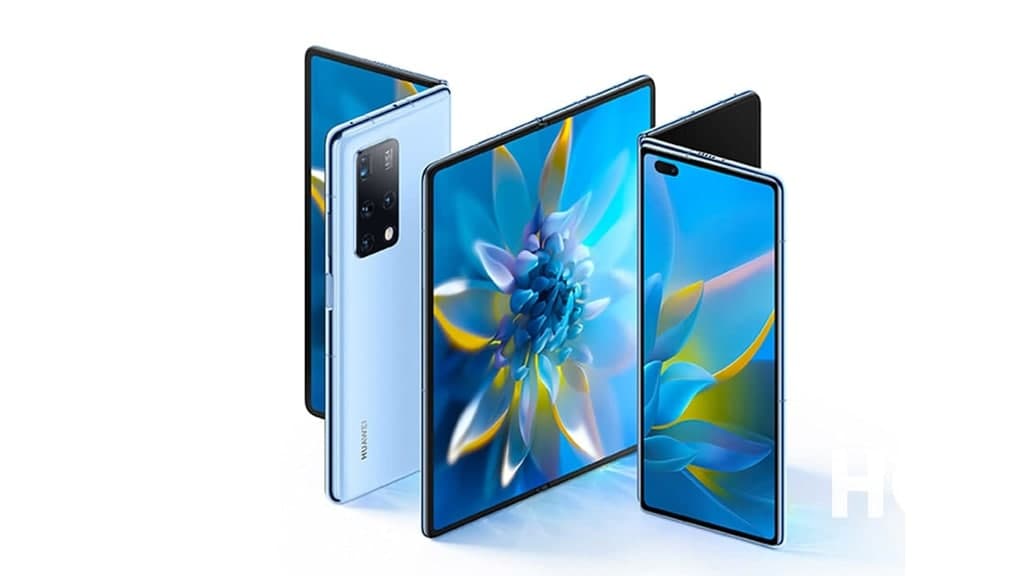 Huawei has always provided a huge variety lits of its products for the customers in both markets. The products vary in terms of hardware configuration including display, camera, memory, battery, and processor, colors, and software features.

Besides all these variants, the smartphone maker also brings new editions of the previously introduced smartphones with new tweaks. Although the features and hardware components mostly remain the same, the company mainly modify the device’s appearance as well as added new functions.

Some reports show that this Shenzhen-based firm is going to introduce a new edition of its latest folding screen smartphone. According to our fruitful tipster- DigitalChatStation, the company is preparing a new plain leather version of Huawei Mate X2.

Yet, there is only limited information available about this subject. However, the tipster further informs that Huawei Mate X2 plain leather version will come with the Kirin 9000 processors with 5G network accessibility, which is really hopeful news for the users who were waiting for the company to return with 5G.

On top of this, the software capabilities will be powered by the HarmonyOS software system. Apart from all these, there are no other changes mentioned by him. It suggests that the rest configuration including hardware and software will be the same. Furthermore, he didn’t leave any clue about the availability of the plain leather version of the Huawei Mate X2 foldable.

Huawei Mate X2 was initially launched in February 2021 featuring the two display systems combines with a new technology hinge. It makes the smooth switching from an 8-inch screen to a 6.45-inch screen. The smartphone is powered by a 5nm Kirin 9000 processor. In addition, it features a 5400 mAh large battery, supports a 55W SuperFast charge that is half chargeable within 30 minutes.

The camera system also works in the smartphone, even in the foldable state. This futuristic smartphone has a 50MP quad-camera system of Leica lenses with 100x zoom capabilities. Aside from the specs, the color scheme in Crystal Blue, Crystal Pink, White, Black are another highlight in the device.