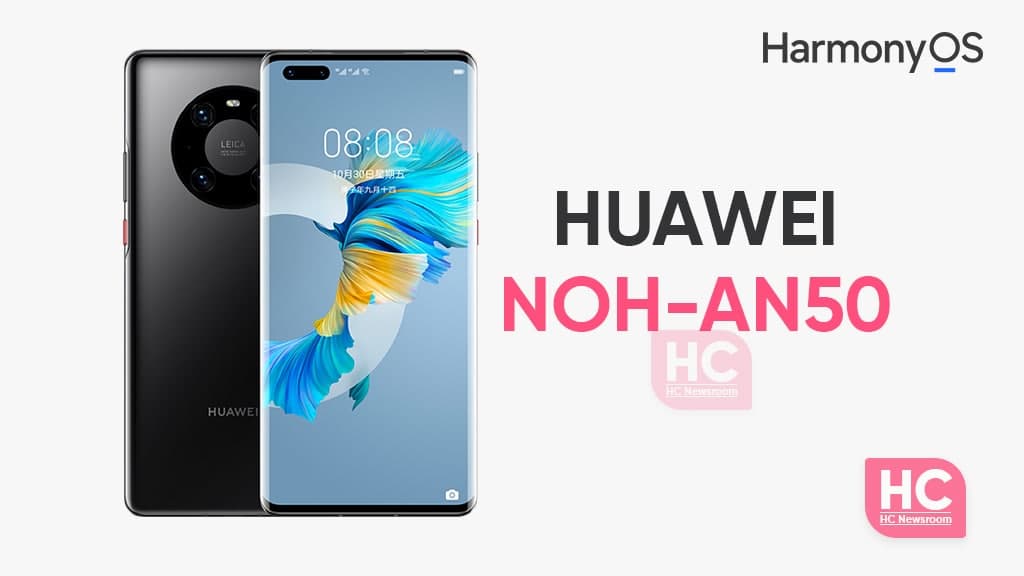 The upcoming Huawei smartphone with code name NOH-AN50 has appeared on the TENAA listing. Till now, this phone has received three 3C certifications that confirm the configuration of this device. The latest 3C certificate discloses that the Huawei NOH-AN50 smartphone, which has a code of Mate 40 series support 66W fast charging and uses a glass back cover for charging, which is optional.

Other certificate reveals that this forthcoming smartphone is powered by Kirin 9000 processor, HarmonyOS operating system, 5G connectivity, support up to 1TB storage, and more. 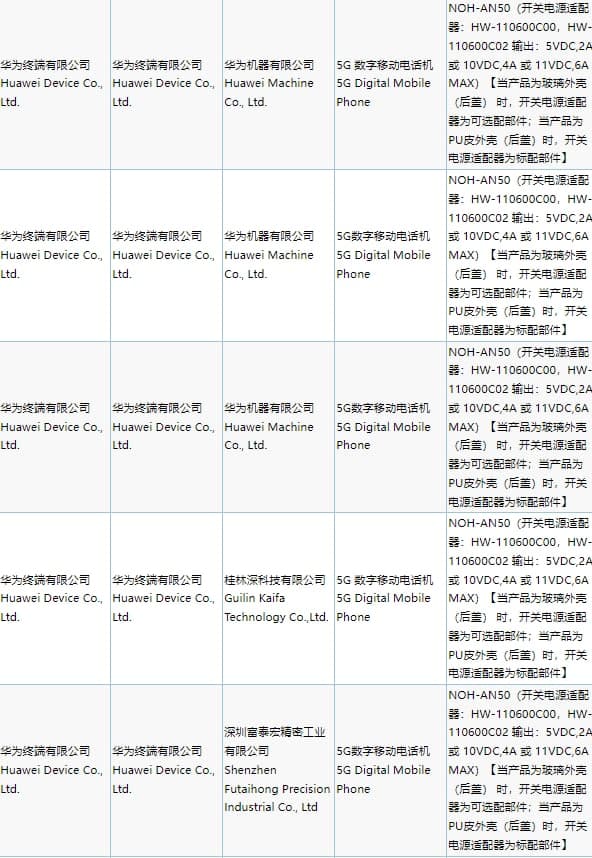 Let’s have a look at the full specifications of the NOH-AN50 smartphone:

It comes pre-installed with the HarmonyOS operating system and in terms of storage configuration and has three RAM options including 6GB, 8GB, and 12GB. However, all of these specifications are almost identical previously launched Huawei Mate 40 Pro.

But, the inbuilt storage has an addition that this phone also has a 1TB storage version alongside 128GB, 256GB, and 512GB, which is not Mate 40 Pro. Also, it has two color variants Black and White. 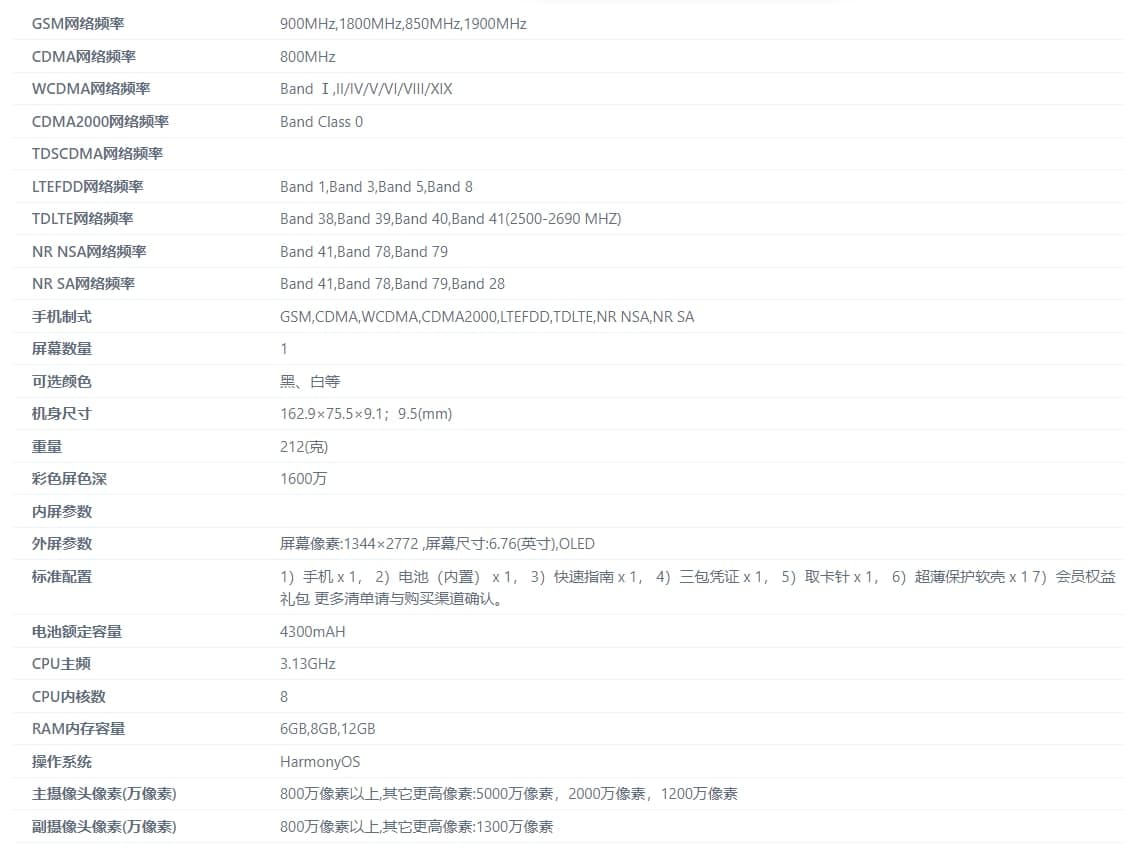 It is also integrated with a 24-core Mali-G78 GPU. The new Kirin 9000 series increased the number of cores by half and performance is enhanced by 60% as compared to Kirin 990’s Mali-G76.

According to the previous info, Huawei will release the new Mate 50 series of flagship phones in early 2022. However, the Mate 50 will use Kirin chips and some models will equip with Qualcomm chips, but only the 4G version. 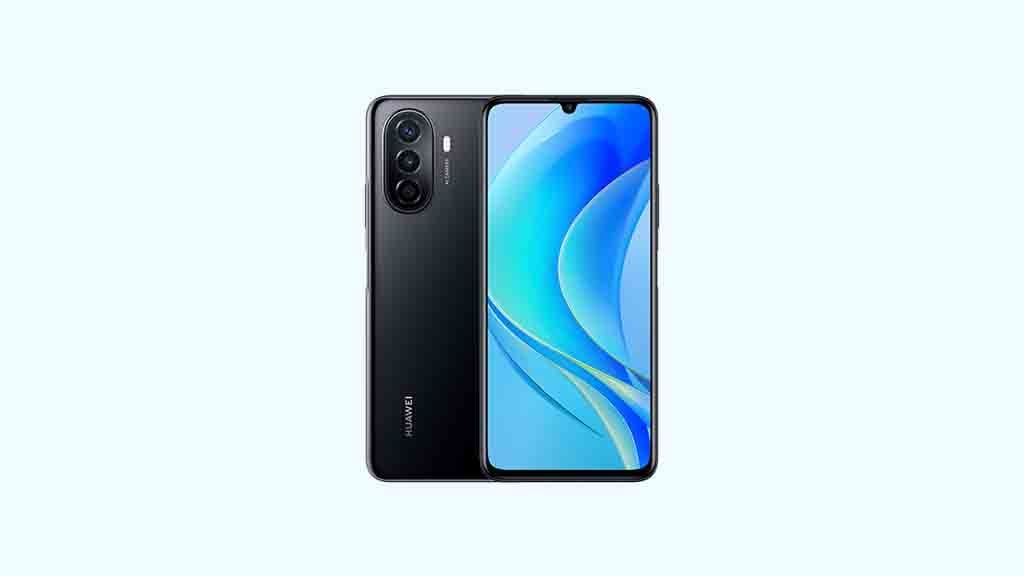 Huawei has recently launched Nova Y70 smartphone in the global market that brings a smooth and great experience from a high capacity battery to an 8MP front camera that can blur the background in selfies. The Huawei Nova Y70 is equipped with a 6.6-inches display, with a 6000mAh long battery life which will allow 3 hours of continuous video playback on a 10-minute charge and 128GB storage.

The smartphone will take your photography skills to next level for sure. Also, features on the rear camera include digital zoom, auto flash, face detection, and touch to focus. Also, users will have a high-quality camera experience of clicking some astonishing selfies and making video calls as this device comes with an 8 MP front camera.

With a 6000mAh long-life battery, this phone could run-up to a week of charge. If the smartphone’s battery is only 5% charged, then users can activate low battery mode which will allow up to 12 hours on standby before powering off. The high-capacity battery will permit you to use the smartphone for long hours of playing games, listening to songs, and watching movies, without bothering about battery drainage.

The brand new Huawei Nova Y70 will be available worldwide in three colors- Crystal Blue, Pearl White, and Midnight Black. Currently, the phone is available in Saudi Arabia at a price tag of 729 SAR (182 Euros) and it’ll expand further in more markets.

Xiaomi to make ways with Leica, other than Huawei 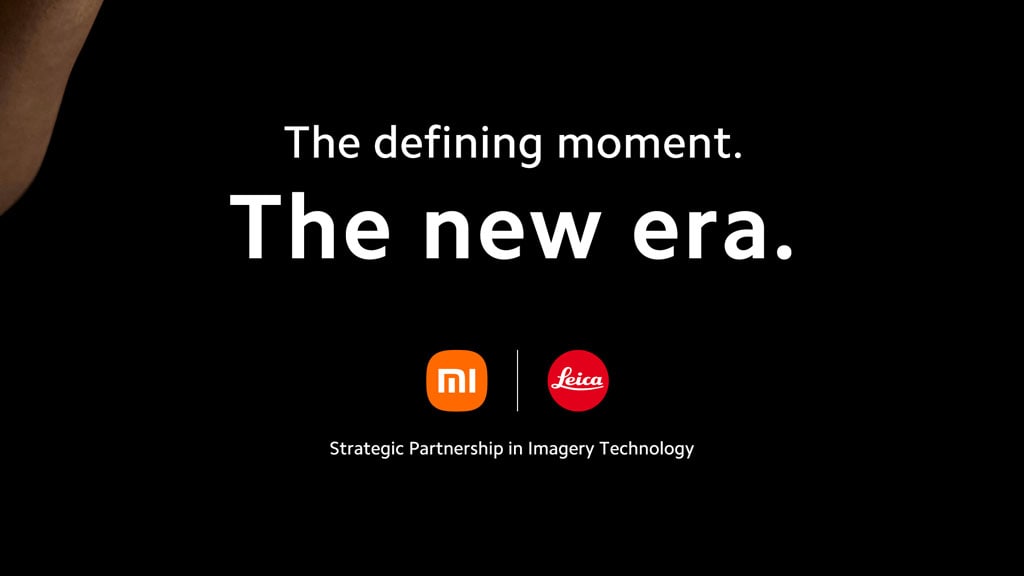 Today, Xiaomi has officially confirmed a strategic partnership with German Camera technology maker – Leica. The same camera tech firm that partnered with Huawei for a long time has been one of the most successful partnerships of all time among the two companies.

Xiaomi has confirmed this information via social media channels and shared the post with the following caption:

Combining the legendary image and innovative technology, let’s look forward to a new era of mobile photography in July!

Currently, Xiaomi has not confirmed any of the information regarding the first Leica-powered camera phone but it’s likely to be the Xiaomi 12 Ultra device. Still, more information is awaited on this matter.

Xiaomi and @leica_camera have officially reached a global strategic partnership in mobile imaging.

Combining the legendary image and innovative technology, let's look forward to a new era of mobile photography in July! pic.twitter.com/GyFut9ZTlg

It’s not the first time, we’ve already mentioned this on news that broke last year from a Weibo tipster. Therefore, we’re not shocked by the outcome of this matter but it’s anticipated to see what’s next for Huawei and Leica together for future Huawei phones such as the Huawei Mate 50 series.

Still, there’s more information that’s is awaited and we’ll cover them for you. Since the launch of the Huawei P9 series, the Chinese tech maker has bonded with Leica and started building new phones with and actively featuring Leica imagery system on new Huawei flagship phones until the recent Huawei P50 series. 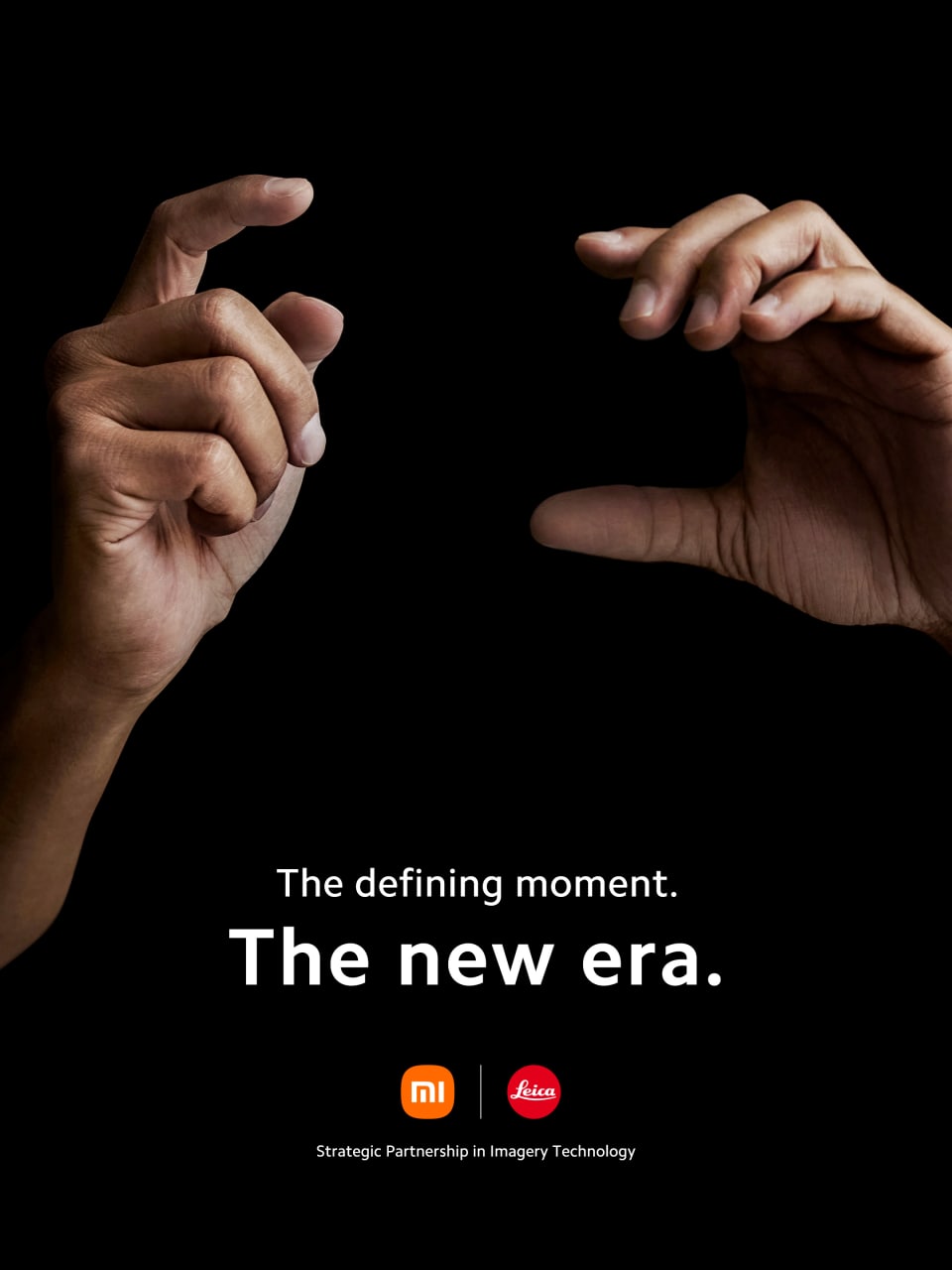 Huawei Nova 10 series to come in a 5G package version 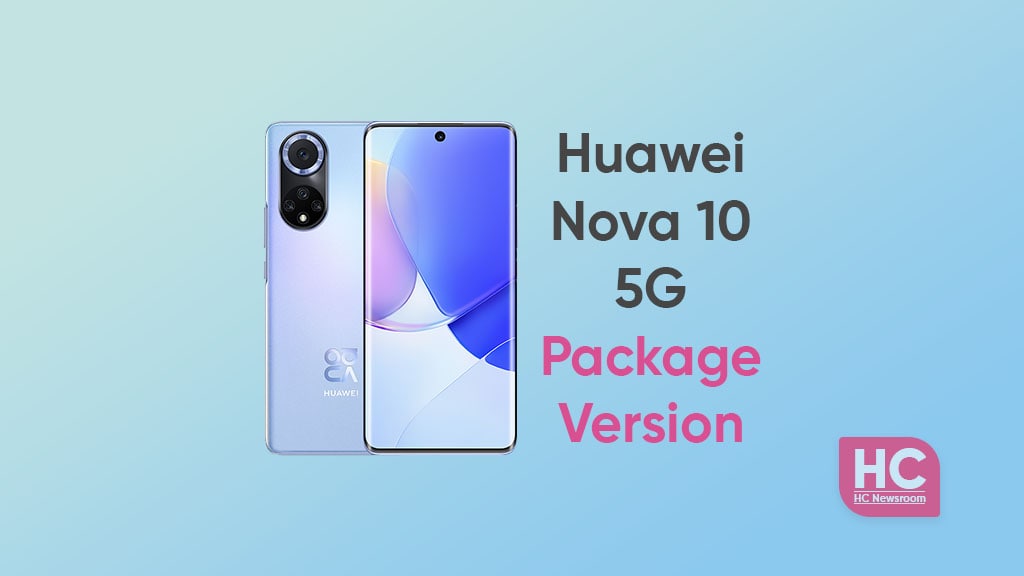 Huawei is preparing to release the new Nova series smartphone – Nova 10 among consumers. The phone series is unlikely to couple with 5G services. However, the latest input coming from a Weibo tipster suggests that Huawei Nova 10 could come with a 5G package.

Still, we can expect that the Huawei Nova 10 series would come with a 4G chipset and may require extra accessories such as a 5G phone cover to activate this network capability on the phone. Instead of purchasing it separately, Huawei would bundle it in a different version and sell it to the consumer.

Currently, Huawei has not confirmed any official details regarding Huawei Nova 10 series but we could expect the phone to launch somewhere in June this year.

The previous report suggests that Huawei Nova 10 comes will be powered by a new Qualcomm chipset (read more here), and the design of the phone could be tweaked as compared to the Nova 9 series. There’s more that needs to be uncovered regarding Huawei Nova 10 series and we’ll keep you posted with further updates.

Aside from these details, you can also check information about the 5G case in the article linked below.