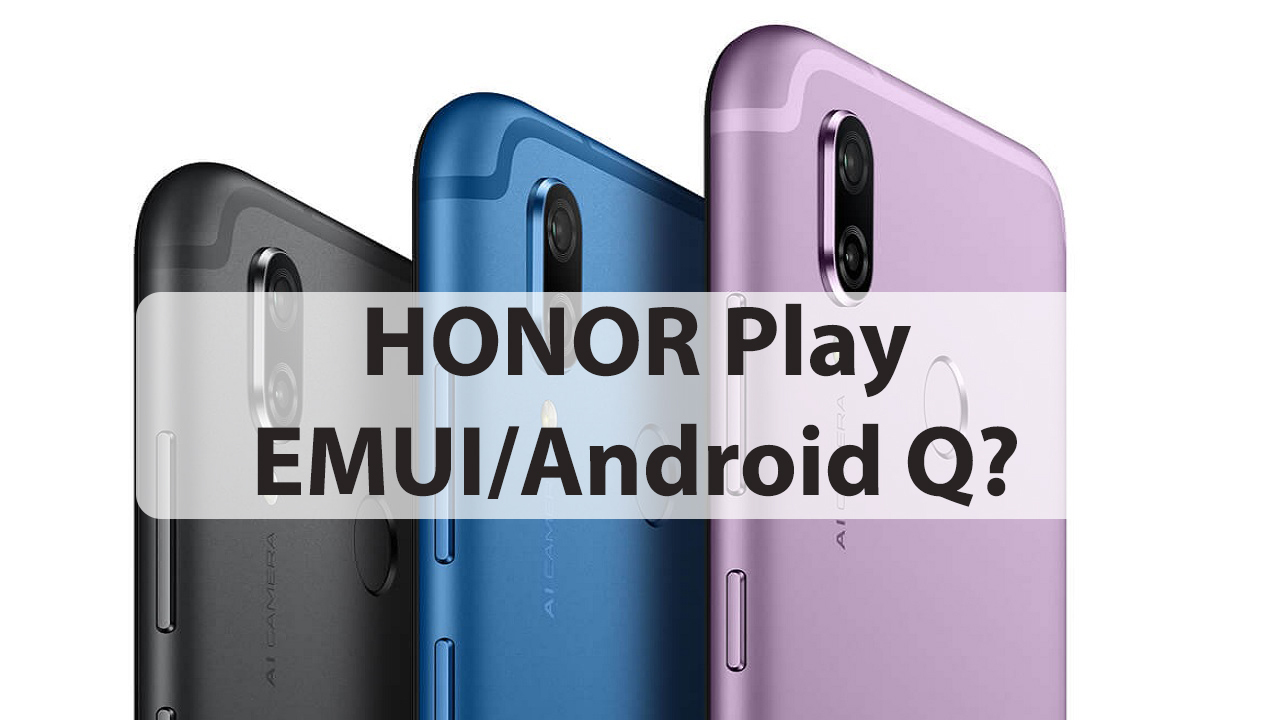 Huawei’s EMUI 10 is official and it will be available from next month. The company has already confirmed many smartphones for EMUI 10 update.

Now, a big question at this moment – Will Honor Play get EMUI 10 or Android Q update?

Why is this trending question? We have received hundreds of emails with the same inquiry. They all have the same question – Will my phone (Honor Play) get EMUI 10 or Android Q update?

Our answer is YES! Why? Here’s the explanation:

Honor Play has almost the same specs as Huawei P20, which is already confirmed by Huawei for EMUI 10 or Android Q update. The remarkable point, Huawei P20 launched in April 2018 but the Honor Play introduced later in August 2018. Both of the smartphones featured Android 8.1 or EMUI 8.2 at the time of launch. At present, Honor Play upgraded to EMUI 9.1 based on Android 9 Pie.

The same with Honor 10, which introduced by the company in May 2018 with Android 8.1 and shared almost the same specs as Honor Play. Honor 10 is already confirmed by the company for EMUI 10 update.

We believe, Honor will definitely send the EMUI 10.0 update to Honor Play in the future. We requested for the official statement from the company, they replied, we are working on the hardware compatibility of the device for Android Q/EMUI 10. Well, we just explained the same thing above, as it shared the same hardware as the already confirmed device (Huawei P20) for the EMUI 10.

Honor Play is a great phone at convenient price points – without compromising on design or builds quality. It powered by Kirin 970 – the same processor as the Honor 10 and Huawei P20 series. It has 4GB of RAM, a 64GB of storage, support expandable storage by MicroSD (up to 256GB), and a 3,750 mAh battery. It has the 6.3-inch, 19.5:9 display with really impressive viewing angles.

Will Honor Play get the EMUI 10 update? Don’t forget to share your opinion in the comments.

Confirmed: Honor Play not getting EMUI 10/Android 10 [Updated: May get]

Light of Hope: Honor Play may still have chance to receive EMUI 10/Android 10