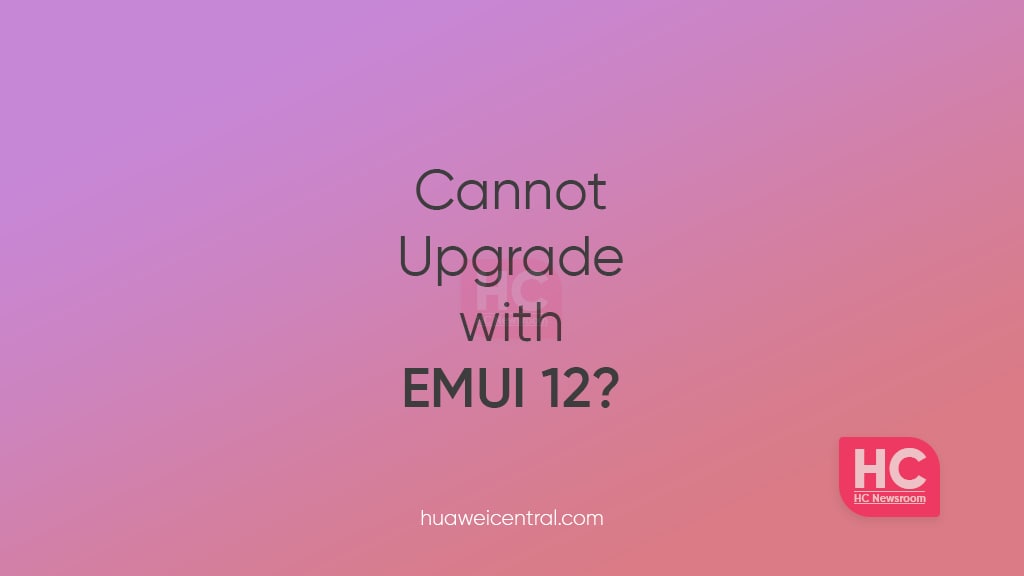 Some of the old EMUI version users arne’t able to install the latest EMUI 12 and they reached out to us via various medium. This issue has been consisting appearing before us and users said they don’t know what to do with this.

Most of the users with this issue rported running EMUI 10.0 or 11, while a few others were running EMUI 10.1. Users reported that they failed to fetch the latest firmware with EMUI 12 on their devices.

Meanwhile, some of them cannot even install a recent security patch. It’s also a requirement for the osnumers to settle up a required EMUI version to install EMUI 12.

Furthermore, it’s not occurring on one device, as different models of Huawei P30, Mate 20, Nova 5T, P30 Lite as well as other mid-range devices has also reported the same issue.

Currently, there’s no specific issue detected regarding these device but we’ve observed that it is occurring widely. We also want to mentioned that it’s not a new problem. As we’ve already seen these in the past.

There are various key aspect of this issue, including gradual rollout, Huawei expands software updates in batches, which takes weeks to rollout for differnet devices.

On the other hand, availability of the software may also depend on the country and the region. Furthermore, the phone may have lost its regular software support.

But the device that we were talking about are all eligible for EMUI 12, in that case, rollout dates could be the possible culprit on this matter.

Moreover, Huawei ID’s region and selected country could also be responsible for such issue, as the Huawei ID associated with the device and time zone may also affect update rollout.

Do you also have an old EMUI version device and facing EMUI 12 upgrade issue? Let us know via the poll linked below.