The U.S. played a new move to stop Huawei and passed a bill on Monday that would ban the government from purchasing telecom equipment made by the companies under national security threat allegations, such as the Chinese telecom giant (reported The Hill). However, Senate is yet to make a final call on the bill.

“Companies like Huawei and its affiliates pose a significant threat to America’s commercial and security interests because a lot of communications providers rely heavily on their equipment.” said top Democrat and Republican on the powerful House Energy and Commerce Committee.

According to the information, the bill requires the FCC to establish a $1 billion program to help small and rural communications providers to remove “suspected network equipment” and replace them with more “secure” network gear.

The US alleges Huawei of being a threat to national security and operates under the Chinese law, of which Huawei has repeatedly denied.

Back in May, the US Commerce Department added Huawei into the Entity -List that bars the company from doing business with US firms. Moreover, the US president Donald Trump urging allies to ban Huawei on their grounds.

In contrast, the Entity-list has failed to make any big damage to Huawei and most of US allies in Europe refused to block the Chinese tech giant.

In early December, Huawei officially announced that it’ll fight legally against the unlawful order passed by the FCC. 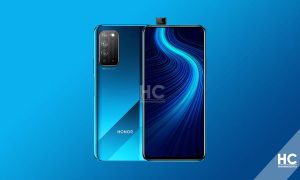