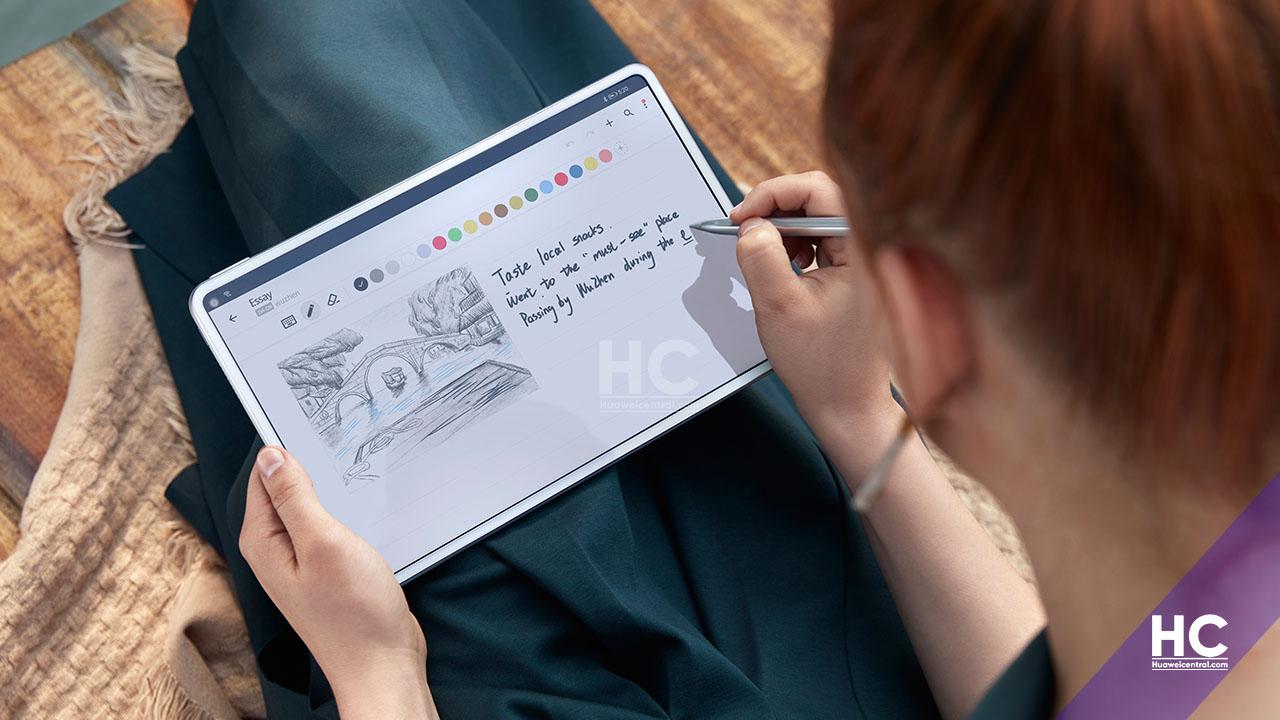 
IDC (International Data Corporation) is a global market intelligence firm that examines the consumer markets by devices, services, and more aspects. Recently, it has published a global smartphone shipments report for the first quarter of 2021.

As per the report, in Q1 of 2021, the total smartphone shipment was 346 million units across the globe with year-on-year growth of 25.5% in which Huawei is out from top 5 ranking while Samsung leads the list.

Now, IDC released one more data report on tablet and PC shipment in Q1 of 2021. According to the report, the result of the first quarter is outstanding with a total shipment of 39.9 million units accounted a growth rate of 55.2%. 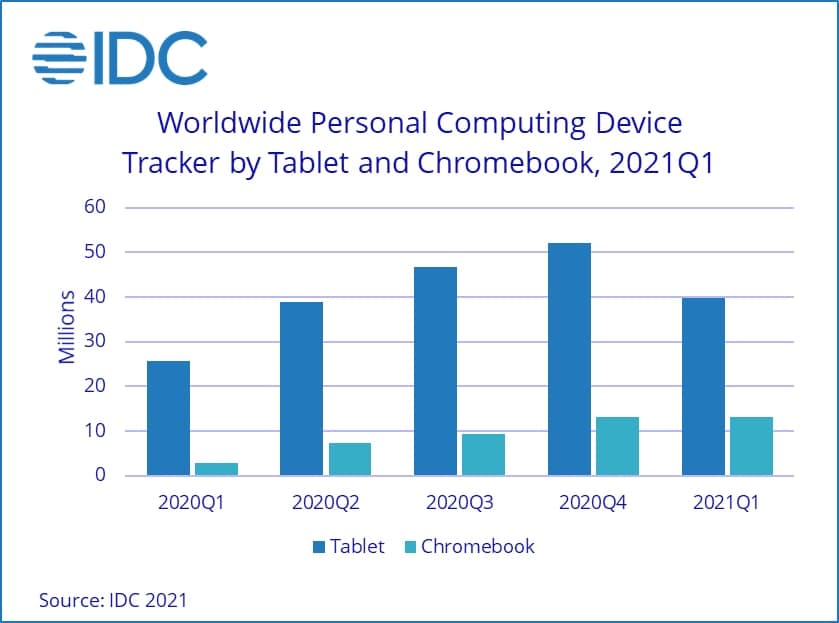 Talking about Huawei, the Chinese tech giant has also noted growth with time but it is too low only 1.7% with the shipped unit of 2.7 million resulting small market share. If Honor added with Huawei, a slight increment was observed but the overall shipments were still decreased by 9.2% compared with last year. 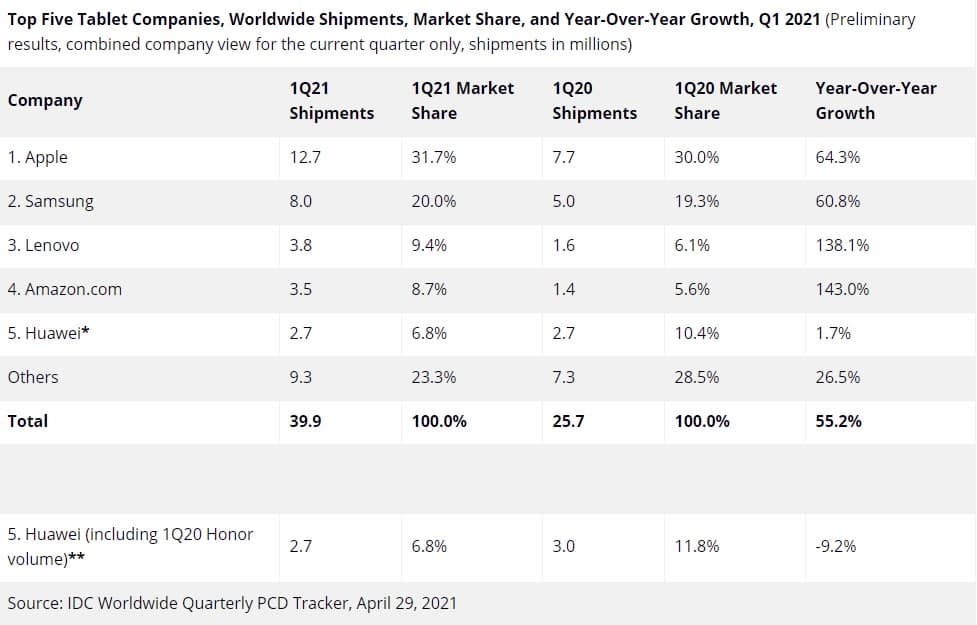 Moreover, IDC also announced the Chromebook shipment data report in which HP continues to lead the list, and Lenovo, Acer, Dell, Samsung are in follow up. 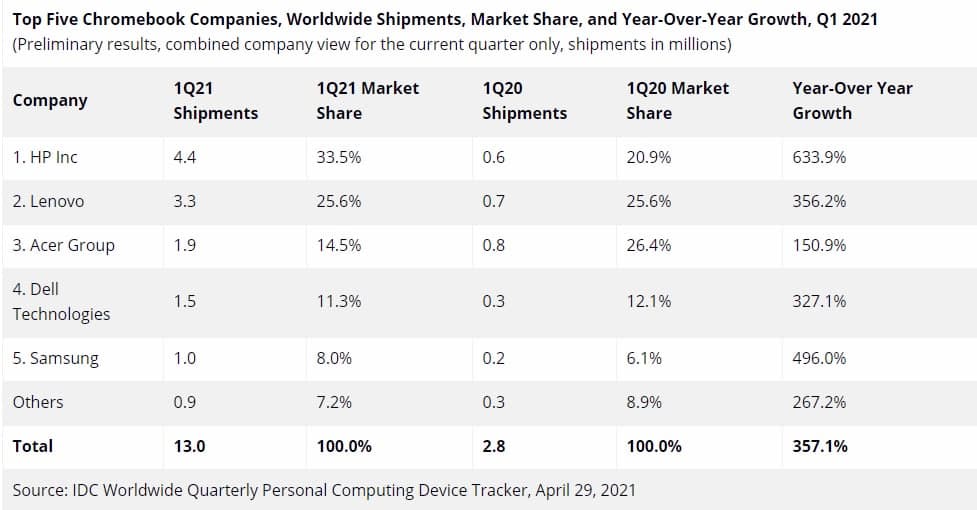