After the launch of EMUI 11 at Huawei Developer Conference 2020 (HDC) held in September, Huawei is continuously working EMUI 11 beta test program for selected devices and expanding the test for more devices in more regions. Now, the company reached the final stage of testing for some devices.

Moving with the schedule, Huawei has now announced the stable EMUI 11 release for the first batch of Huawei devices including the Huawei P40 and Mate 30 series devices in China. Following this announcement, the company will also begin to roll out the stable builds to these device owners.

In the past time, we had reported that the first batch EMUI 11 public beta includes the 10 devices of Huawei P40, Mate 30, and MatePad Pro series. But, the company discloses the official EMUI 11 official version for 8 devices.

Furthermore, the recruitment of more Huawei devices is still undergoing for EMUI 11 beta. The company will soon finish the beta testing program and release the stable EMUI 11 for global users. 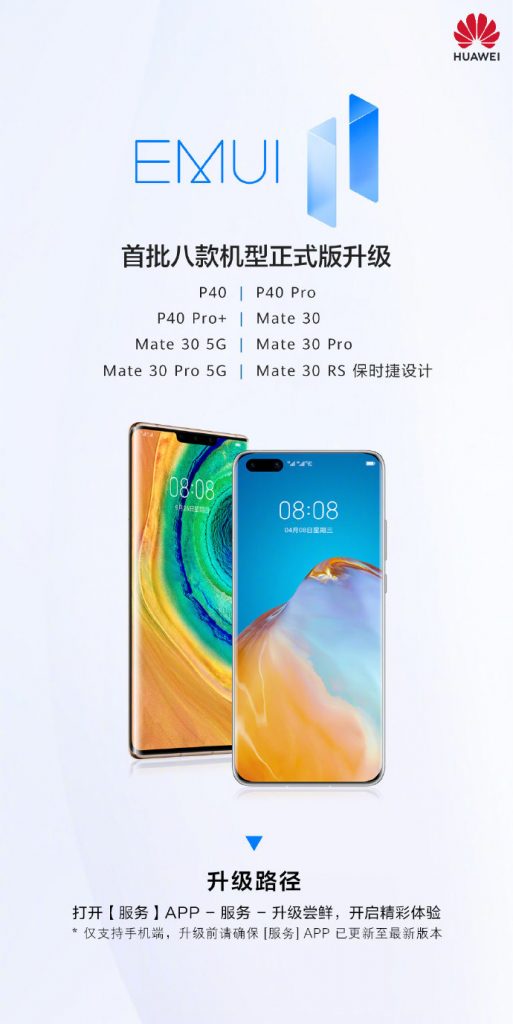