Huawei has been given another 90 days reprieve by the US Commerce Department. On the other hand, it added 46 new subsidiaries on the trade blacklist, which according to the company is a political move.

The U.S. government’s decision to add more of Huawei affiliates to a blacklist is “unjust” and “politically motivated” and will not help the country advance its technological leadership, the Chinese tech giant said in a statement.

On Monday, US commerce Department secretary Wilbur Ross announced that it is extending Huawei’s temporary reprieve by another 90 days, of which the first term was started after Huawei’s addition to the Entity List in May.

However, the department also announced on Monday that it added 46 more subsidiaries to the entity list, elevating the total number to more than 100 Huawei entities.

“These actions violate the basic principles of free-market competition. They are in no one’s interests, including U.S. companies,” Huawei said in a statement on Tuesday.

After a meeting with the Chinese president Xi Jinping at G20 last month, US President Donald Trump announced that Huawei can resume purchasing U.S. technologies because he was happy with trade talks from the Chinese side.

This month, the trade issues between two countries again ignited and Trump announced to apply new tariffs on China, also reiterated that that “He doesn’t want to do any business with Huawei”.

The decision that he made in the past related to Huawei clearly proves that he is using the company as a bargaining chip to get good trade negotiation from China and there’s no national security concern that he mentions all the time. 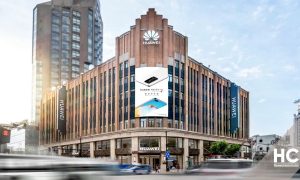