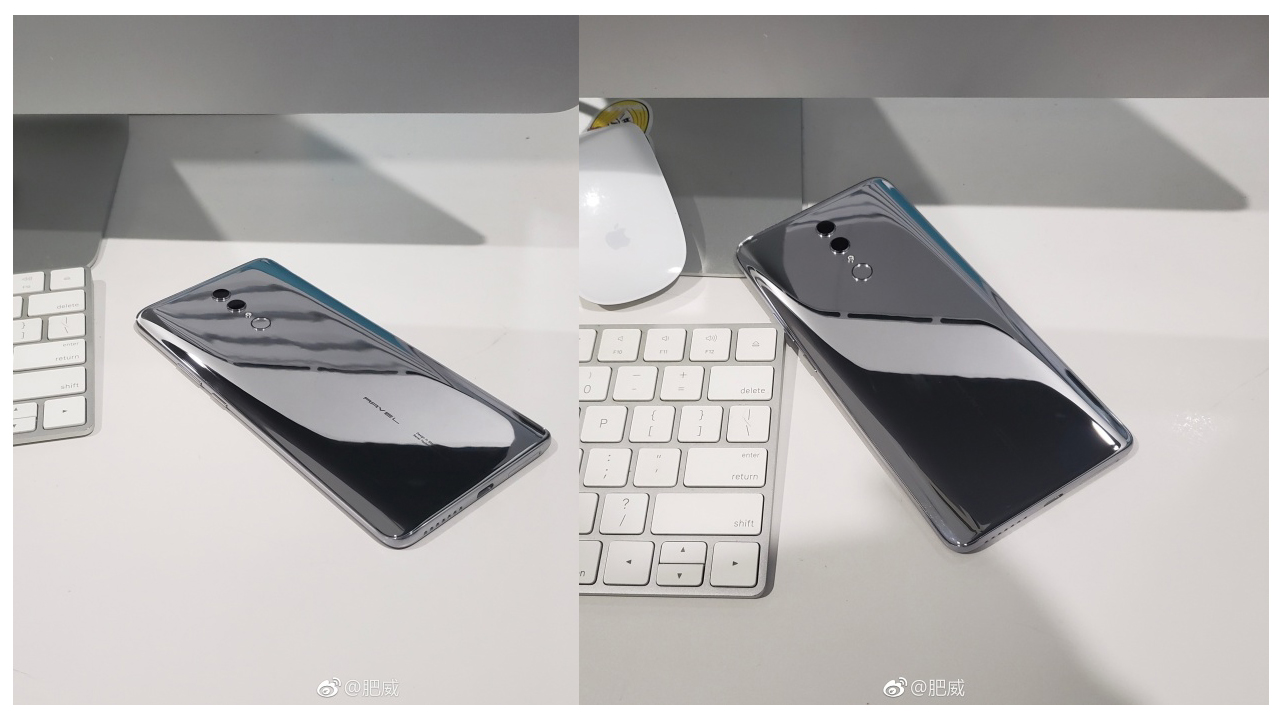 
Recently, an alleged promotional poster of honor Note 10 leaked and carried device’s key specs but today we got some new exposure images of honor Note 10 but these images are clear and different from the previously leaked images. These images are uploaded by a well known digital blogger @Fertilizer on Weibo, the appearance of the Note 10 in these images are very different from the previous leaked poster image and predecessor honor Note 8. You can see that the mirror on the back of the fuselage is very strong and the dual camera, LED flash and fingerprint scanner are arranged vertically.

There’s one eye-catching thing that this image bears if you look closely on the back you’ll find product code ‘RAVEL’ rolled as the device name. When it comes to thinking, the company has never been carved the name of the product code on the back of the phone case but this looks a different matter. The bottom right side carries is the speaker grille. At present, the charging port type cannot be confirmed, it could possibly be USB Type-C. The device is also speculated to be packed with a new version of GPU Turbo technology and could be launched in August. The promotion image that appeared with specs of honor Note 10 and the images we received today are totally different from each other. In the comparison of old images, the new images that appeared today look more promising and gave us a clear view of the device. Though there’s no official statement on these images and specification, so we’ll wait for the one to come out.