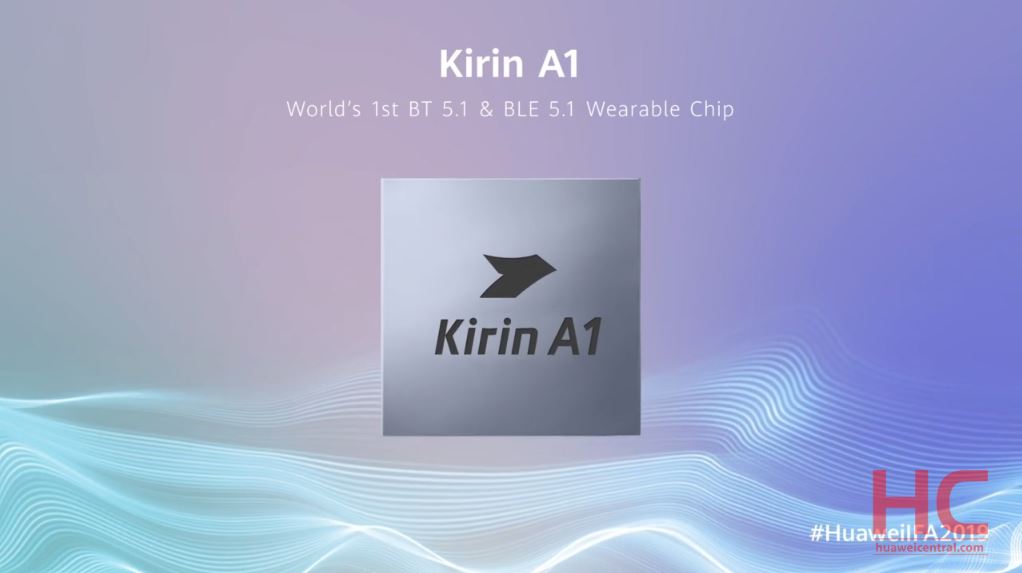 
On September 6, Huawei announced the world’s first Bluetooth 5.1 and Bluetooth Low Energy 5.1 Wearable chip. The size of chip is smaller than the recently released Kirin 990 and also from Apple’s H1 chip.

According to Huawei, the Kirin A1 chip has Isochronous Dual Channel Bluetooth data transmission technology with lower latency and lower power consumption architecture compared to other chips in the market, which helps it to deliver the best performance.

Kirin A1 has high-efficiency, stable connection, and excellent anti-interference performance. As it can also deliver the fastest Bluetooth transmission speed up to 6.5Mbps on real-time. The chip can output Bluetooth Ultra High-Definition Audio (BT-UHD) at up to 2.3 Mbps for top-quality sound.

Huawei announced that the Kirin A1 chip can be used for Wireless headsets, Headband, Neckband, Smart Speakers, Smart Eyewears and Smart Watches.