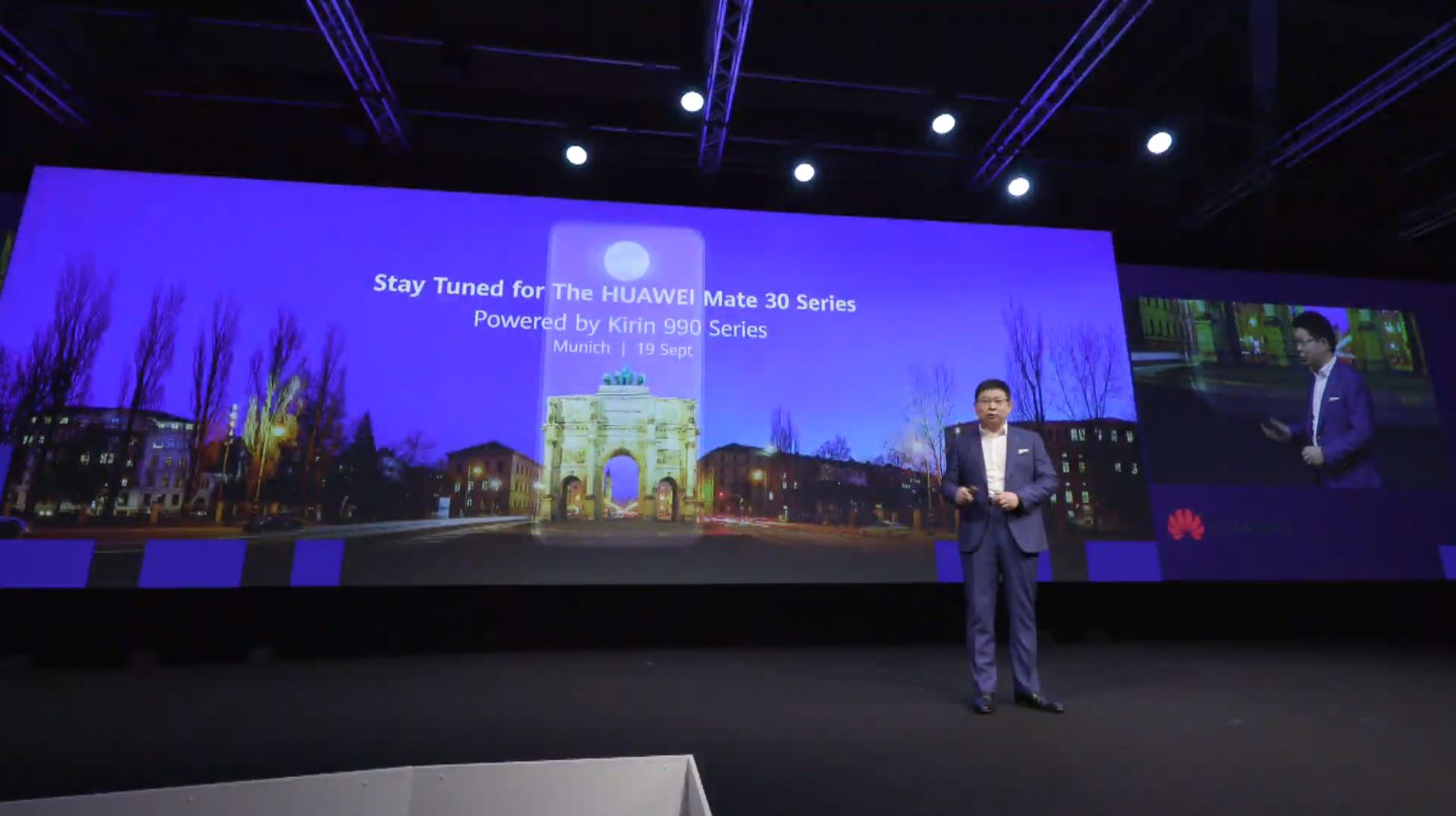 
At IFA 2019, Huawei has officially announced that its upcoming flagship Mate 30 series will be powered by Kirin 990 processor, set to launch on September 19 in Munich, Germany.

According to Huawei, Huawei Mate 30 will use Kirin 990 processor that’s supports both SA/NSA connectivity standards. The new processor can improve CPU, GPU and NPU performance of the smartphone compared to its predecessor.

Although, Huawei has not announced any specific details on Mate 30 series.

You can check our complete Mate 30 series roundup in the article linked below.