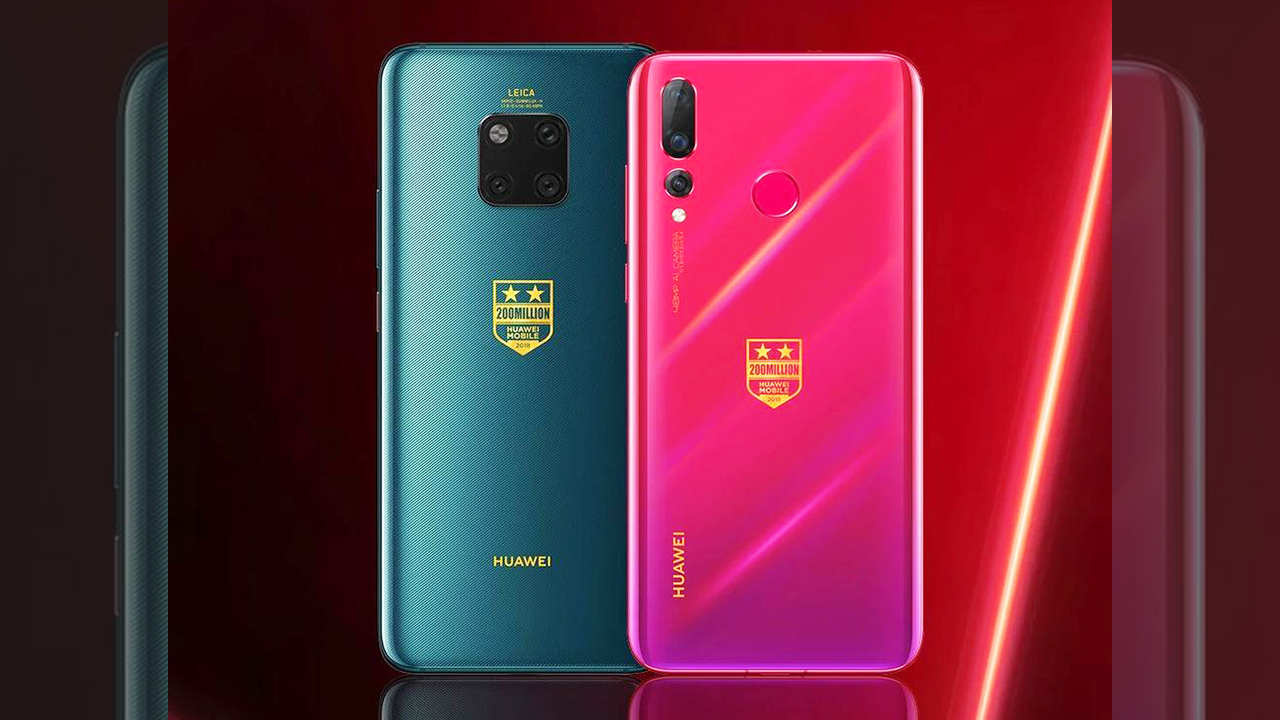 
Huawei Technologies, the world’s largest supplier of telecom equipment and the second-biggest smartphone maker, its technology touches virtually every corner of the world, and its massive R&D budget has made it a leader in 5G technology.

Recently, the company has shipped more smartphones than ever before. The company is now on track to become the world’s second-largest smartphone maker with more than 200 million units shipped already in 2018.

According to Huawei, its P20 series sold a total of 16 million units, and the Mate 20 series has sold 5 million units since its release in October this year. 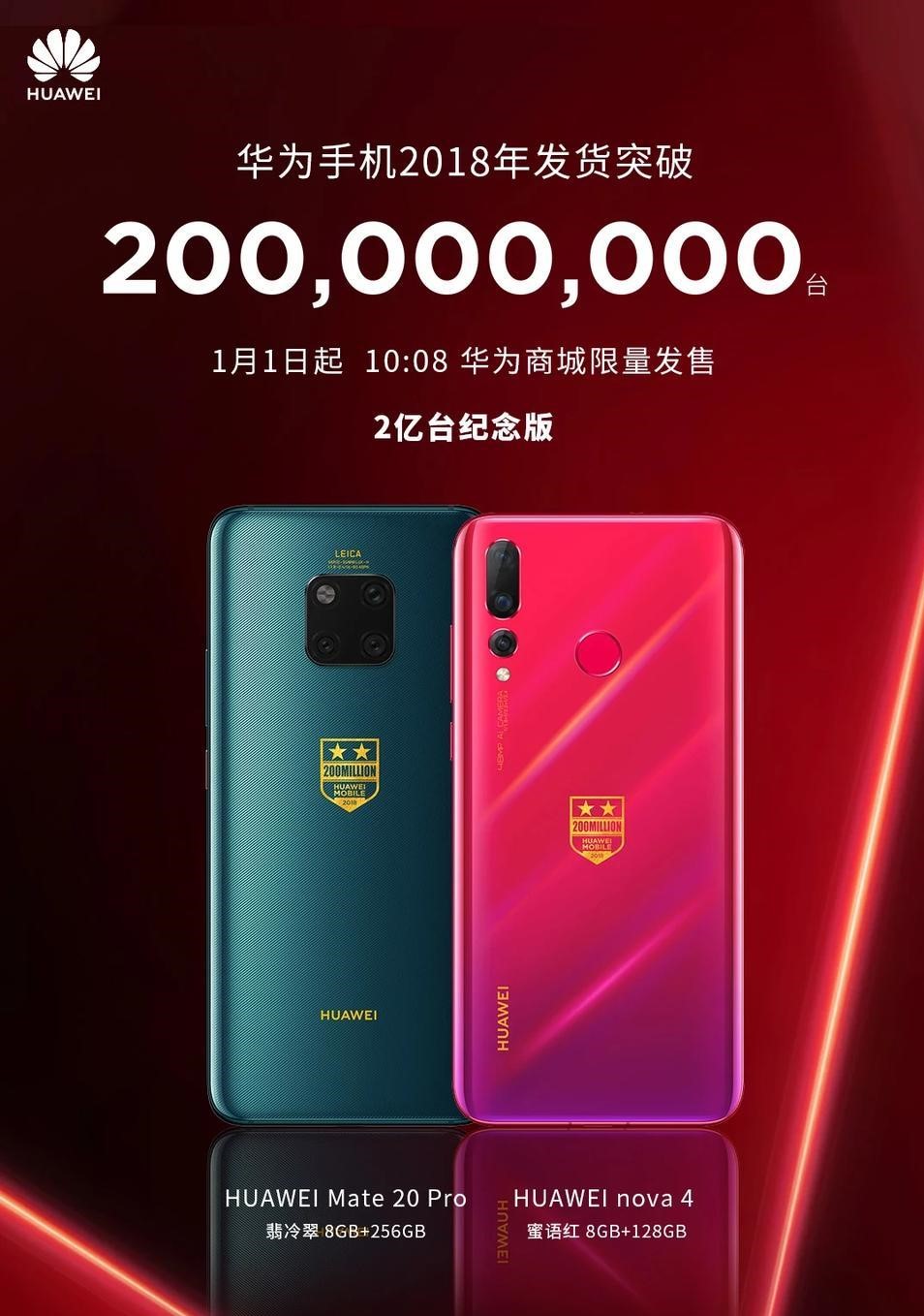 To celebrate this achievement, the company will launch special editions of the Mate 20 and Nova 4. This special edition will feature emeralds, 8GB of RAM and 256GB of storage. Huawei will also launch a special version of the Nova 4, which is dark red.

Both devices have a very unique and special logo on the back to celebrate the 200 million smartphones shipment this year.

The prices of these two smartphones have not yet been announced, but we know that these two phones will be available in China at 10:08 on January 1st, 2019.