Huawei Consumer BG head Richard Yu has recently confirmed that Huawei will stop printing its high-end Kirin chipset design after September. In the meantime, the company seems to has plans to kick start its own chipset production.

According to a tipster from Weibo, Huawei is working with several companies and required material manufacturers in the semiconductor industry supply chain to build its own semiconductors manufacturing line.

The company is aiming to build its won chip fab, Integrated circuit chips, and chip manufacturing plant to print its semiconductor designs without requiring U.S. equipment and components. 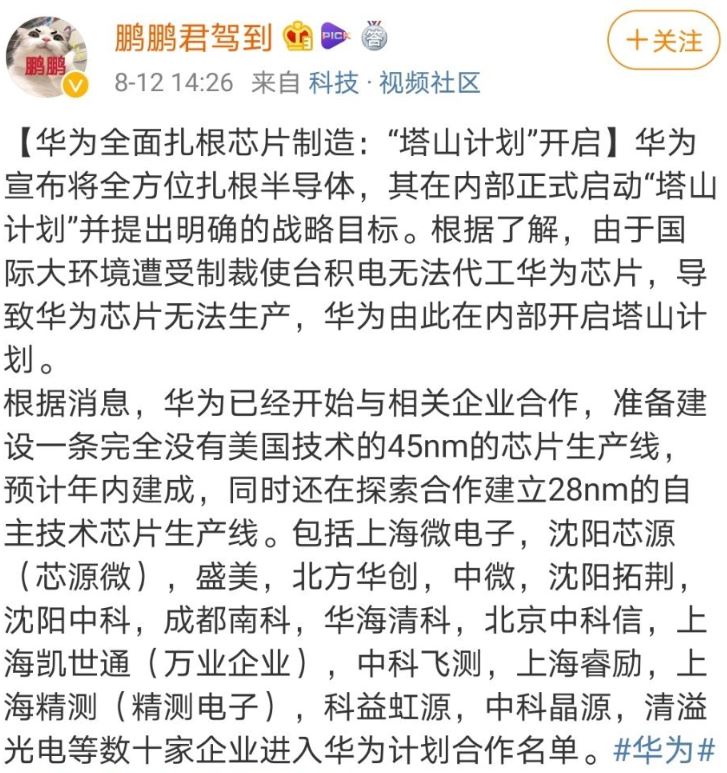 Currently, Huawei’s semiconductor division – HiSilicon has the experience of chip designs but it cannot print those designs on wafers due to the restrictions on business with TSMC and it’s the only big challenge that Huawei need to face in order to make its own chipsets.

According to the source, Huawei will first begin with 45nm (nanometer) process technology that will be ready by the end of this year. Aside from 45nm, Huawei has also planned to build a 28nm manufacturing line.

Meanwhile, Huawei has not officially confirmed or announced such news via its official platforms but the work seems that this whole project is going behind the doors.

45nm and 28nm are good choices to begin for the Chinese tech giant but we cannot deny the fact that big chipmakers such as TSMC and Samsung already planning to build chips based on 3nm node. Therefore, Huawei must have to go through a long road and an R&D process particularly on the semiconductor section to achieve its manufacturing goals.