Huawei has confirmed that its smart car solution will be used in the upcoming ARCFOX Polar Fox Alpha S model, with a new generation of smart luxury pure electric cars.

According to the information, this electric car will be released in Shanghai on April 17 and invite you to witness global autonomous driving. According to the official press release of Baic Blue Vallery, Huawei cleared some doubts by saying that Huawei doesn’t build cars instead it aims to help carmakers to manufacture better cars.

Huawei and BAIC will jointly launch the ARCFOX HBT, the first model ARCFOX as HBT that will launch at Shanghai Auto Show in April 2021. To be mentioned HBT stands for Huawei Bluepark Together. 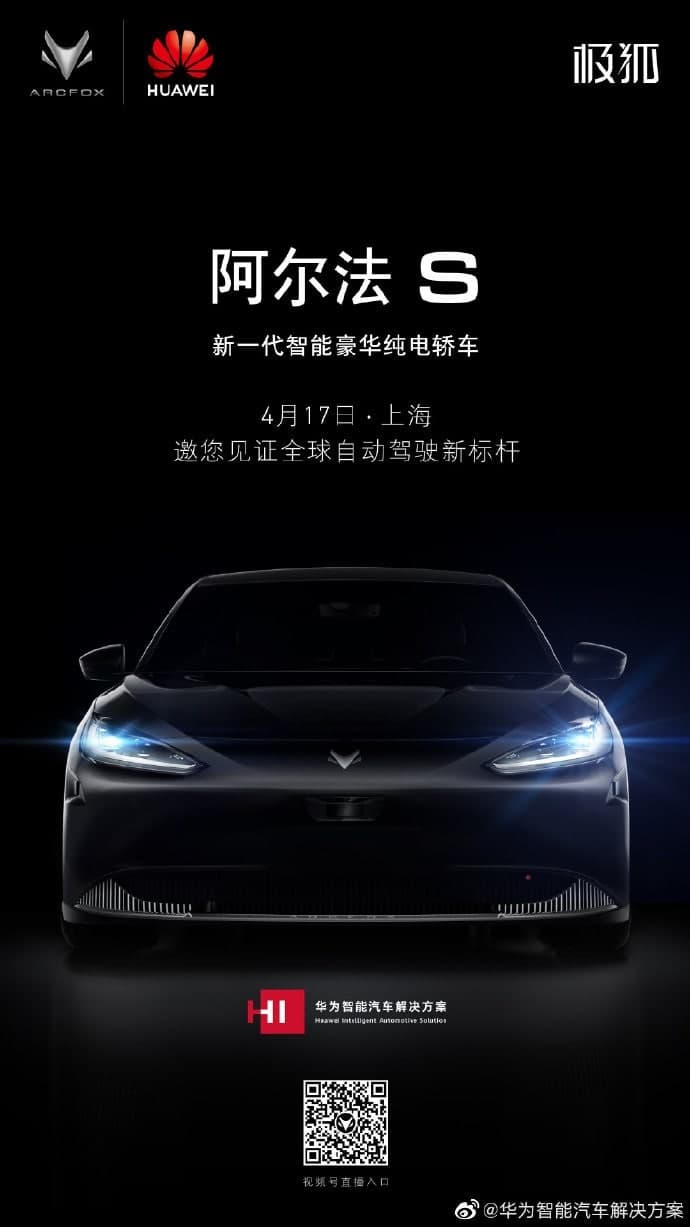 Furthermore, Wang Jun, President of Huawei’s Smart Car Solution BU revealed that Huawei plans to reduce the cost of Lidar to 200 USD or even 100 USD in the future.

HBT will also be equipped with 6-millimeter wave radars, 12 cameras, 13 ultrasonic radars, and a Huawei chipset that can boost the power of up to 352 Tops to provide an autonomous driving solution above the L3 level.