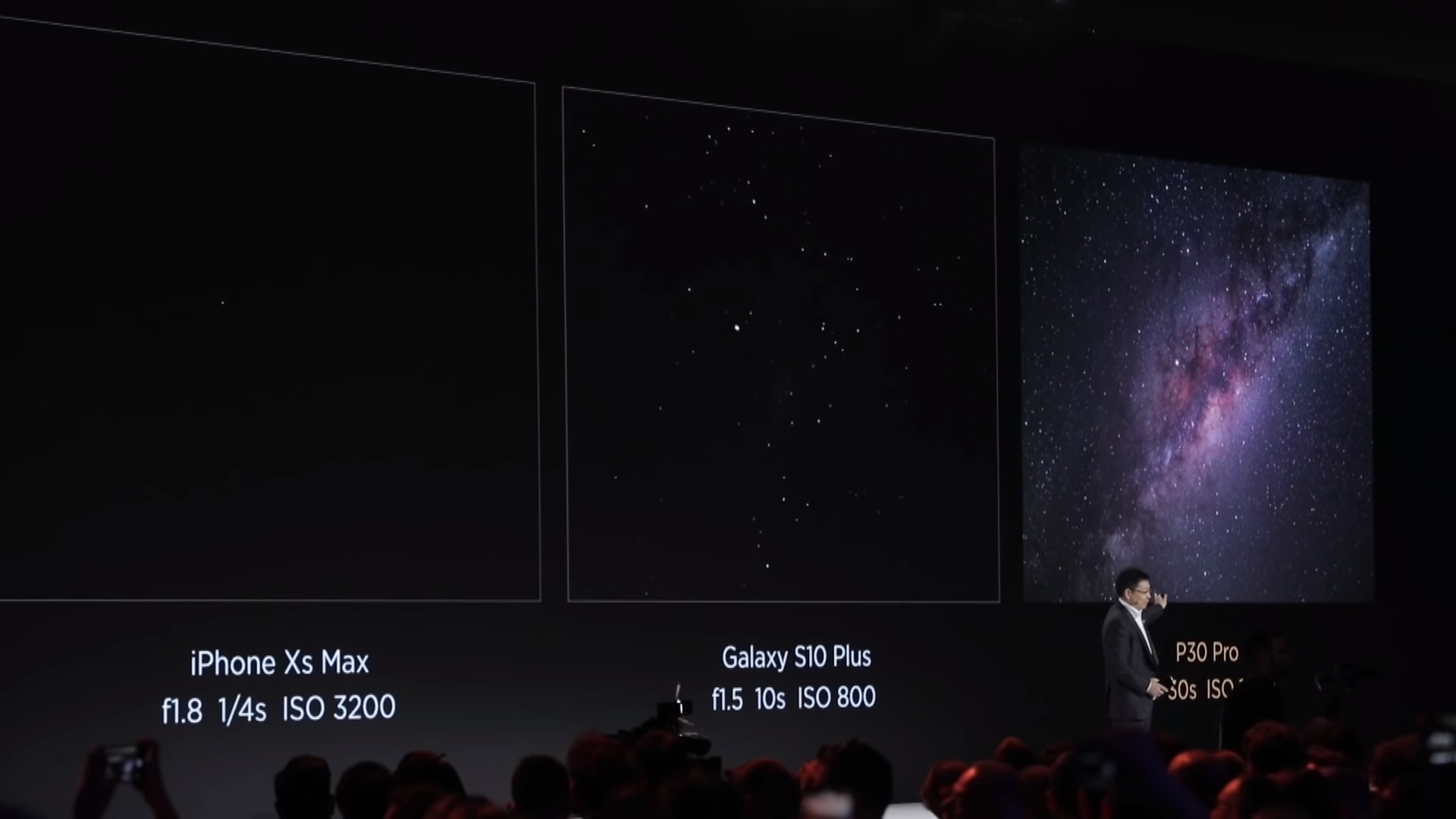 The P30 Pro has the best night photo quality available. The P30 Pro has a Night mode that takes several seconds to capture an image, but even using standard shooting pictures look detailed and fairly clean.

Its Night mode allows you to get more clear and better results in more occasions where the light is very low. Even in extremely dark situations, you are able to capture beautiful moments.

Yu Chengdong said in the conference, the Galaxy phone can’t shoot Galaxy, but the P30 Pro can.

You can see the difference below: 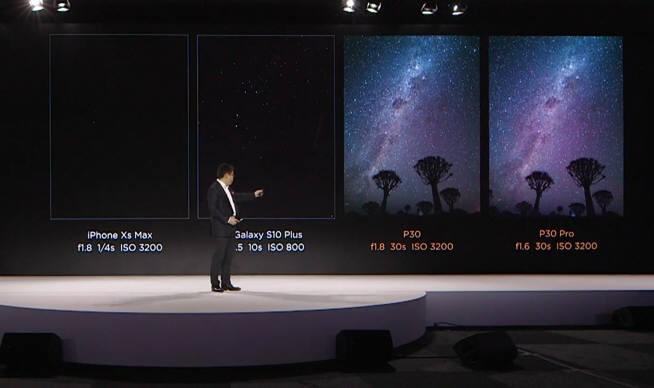