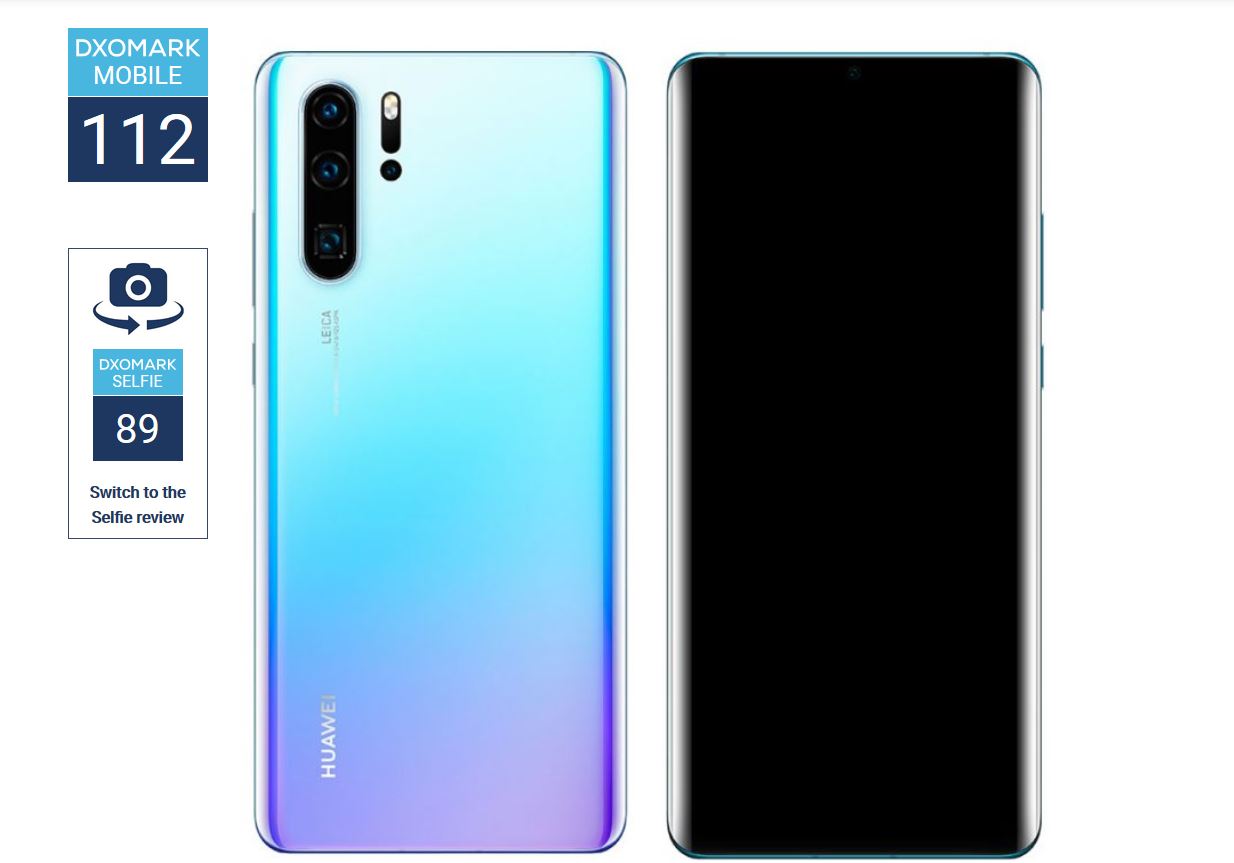 
The Huawei P30 Pro is Huawei’s brand-new flagship smartphone and comes with a triple-camera setup that offers a big improvement over both the P20 Pro and the Mate 20 Pro (launched in October 2018). It launched almost exactly one year after its predecessor, the P20 Pro.

The primary camera comes with a 1/1.7 40Mp quad sensor that produces 10Mp image output. The 27mm-equivalent lens comes with an f/1.6 aperture and is optically stabilized—a first for this sensor size in a smartphone.

Thanks to a minimum focus distance of 25mm, the 20Mp super-wide-angle (16mm-equivalent) camera are capable of capturing macro shots, but the arguably most exciting innovation is the stabilized tele-camera that uses folded optics to achieve a 5x optical zoom factor (125mm equivalent). 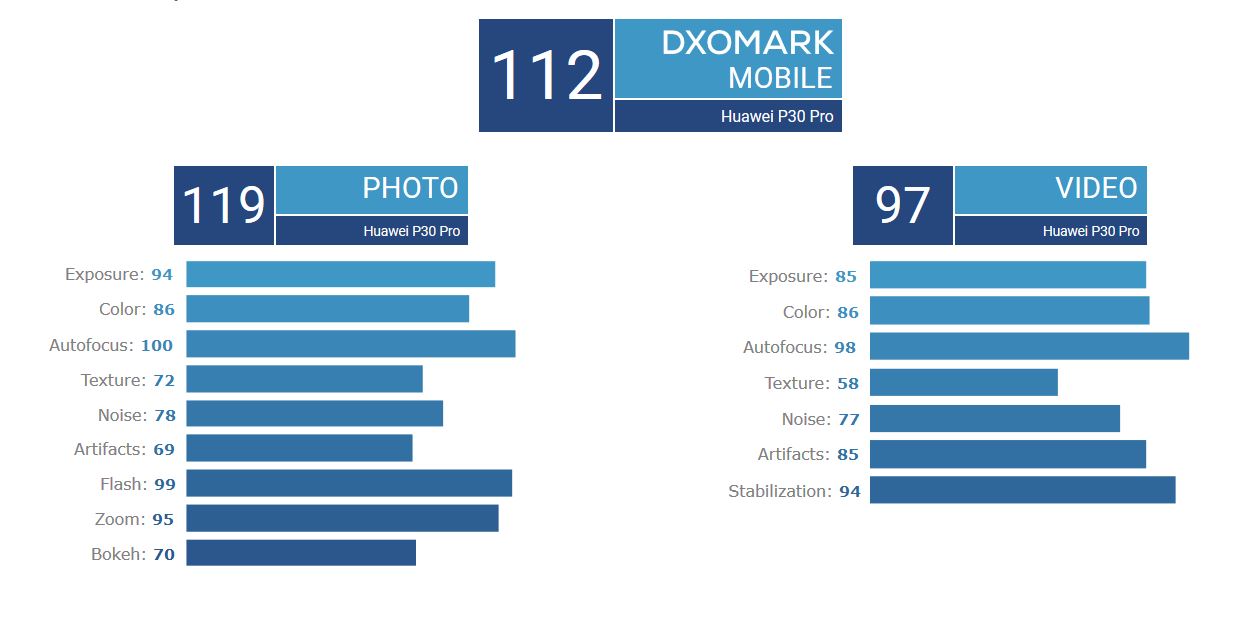 The DxOMark scores are out for the Huawei P30 Pro and it beats its previous high-score of 109 points that was achieved by the Mate 20 Pro and P20 Pro.

According to DxOMark, the P30 Pro and its innovative zoom system that uses folded optics and super-resolution algorithm was able to produce usable 10x zoom images on a smartphone.

Apart from zoom, they added that the camera performs very well in almost all other areas as well and they remarked that the P30 Pro has one of the best bokeh modes they have ever seen.

They also added that image detail and noise levels are excellent across all light levels and the camera records high quality footage in video mode.

DxoMark also said that there’s still some room for improvement in terms of colour and artifacts but these are just minor shortcomings. Since the ultra-wide-angle lens is not part of their testing methodology, the ultra-wide-angle camera performance does not have any impact on the final scoring.