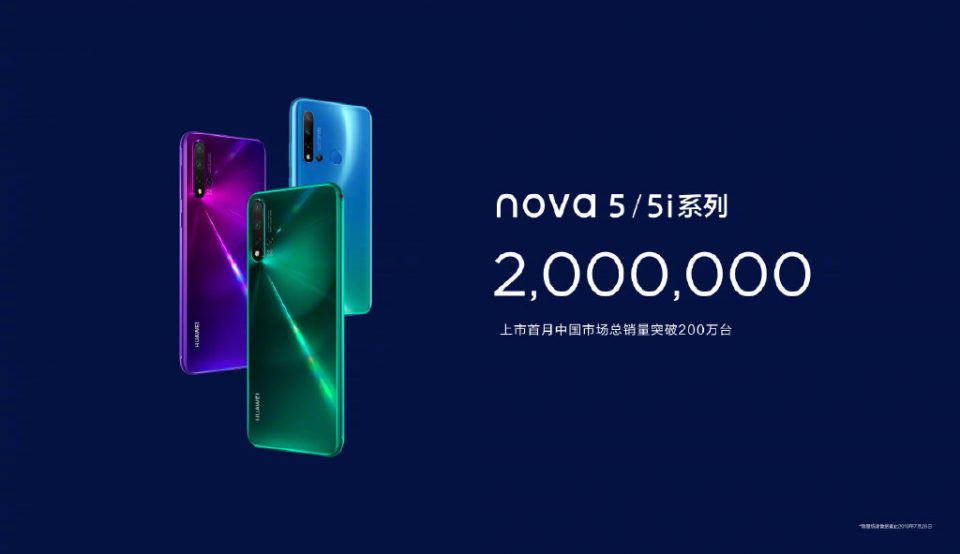 
Officially launched on June 21, Huawei Nova 5, 5 Pro and Nova 5i describes the new bloodline of Nova smartphones. As new figures of its sales record show that the phone series is going pretty much strong on its home ground.

According to Huawei, the sales figure of Nova 5 and 5i smartphones has reached 2,000,000 units in the first month of its launch in the Chinese market.

Earlier this month, Gang told in an interview that Huawei Nova series is expected to exceed 100 million units by the end of July this year because Huawei’s current market share in China is growing rapidly every month.

He also said that the company will continue to strengthen cooperation with partners in the future so that products will be more recognized by consumers.

In addition to Nova 5 series, Last week Huawei launched Nova 5i Pro, which can play a pivotal role in this sales figure.