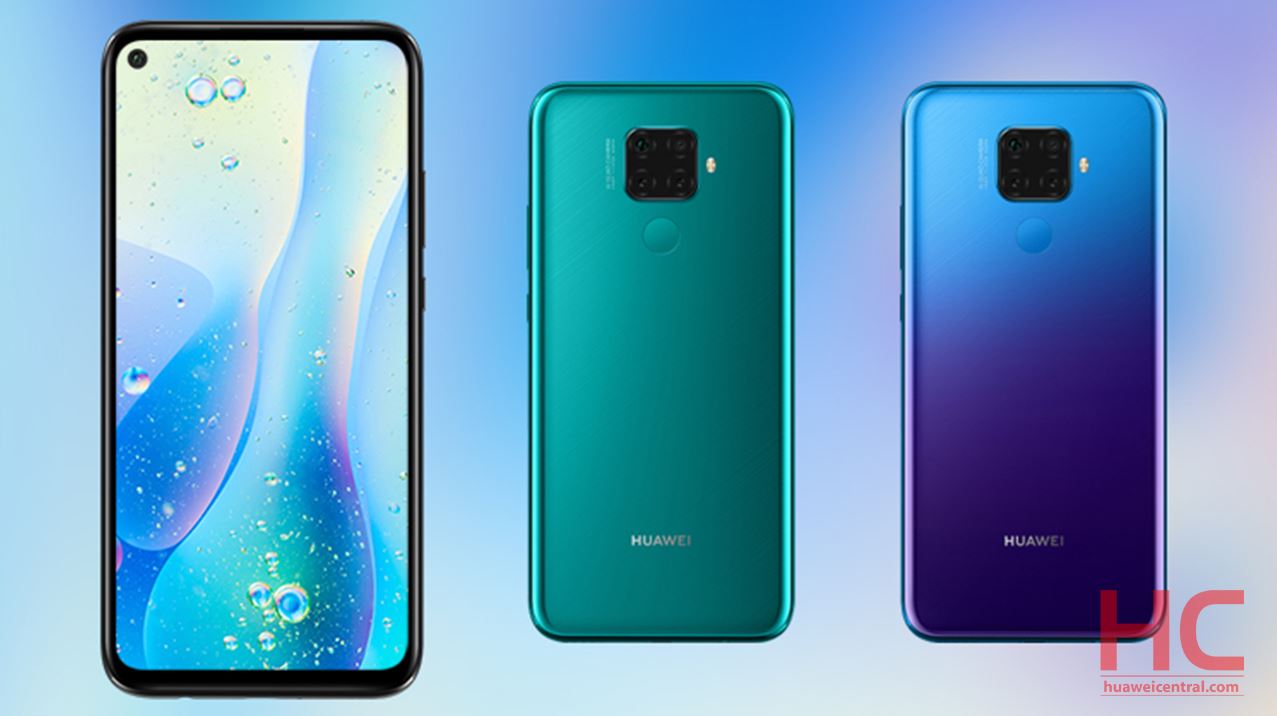 
On July 26, Huawei has unveiled its Mate 20 X 5G smartphone in China and as well as a new addition to its Nova series as Nova 5i Pro which looks very similar to the Mate 20 series and packed with new hardware and software combinations.

Huawei Nova 5i Pro is equipped with a 6.26-inches FHD+ hole-punch display. The phone is powered by Kirin 810 processor with 6/8GB of RAM + 128/256GB internal storage (supports microSD card support up to 256GB).

For photography, it’s packed with quad rear camera setup consisting of 48MP
the main camera with f/1.8 aperture + 8MP Super Wide Angle + 2MP Macro + 2MP Depth sensor with a LED flash on the left and a 32MP f/2.0 aperture camera on the front side.

The most remarkable thing about Nova 5i Pro is the Mate 20 series like design parameters, 3D surface, and the rear camera placement is also the same position.